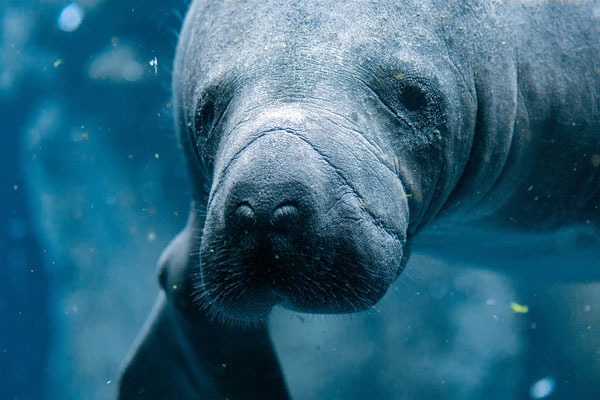 The coastal drive between New Orleans and Tampa reveals a different view of the southern USA, says Ella Buchan.

The sound struck me first: a surprisingly loud munch-crunch as the pair of manatees, elephant grey and shaped like small airships, filled up on seagrass. Finally one ascended, her whiskers grazing my arm and tickling my face as she broke the water’s surface to inhale the air. It was a while before I caught my breath.

Florida’s Crystal River is the only place in the US where you can swim with manatees in the wild – reason enough to jump on a plane. It’s an essential stop on a road trip between New Orleans and Tampa. Following a coastline that curls softly around the Gulf of Mexico, the journey showcases a wilder side of America’s southern states.

Passing through towns with pastel-coloured beach homes, crossing roads that skim over the water and stopping to laze on some of the world’s whitest beaches, the route is easily doable in a week – though clients won’t regret taking a little longer to savour the journey. 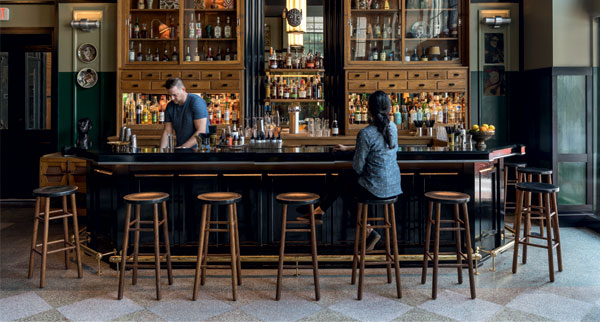 See: Suggest clients spend a couple of days soaking up the fun, food and music of New Orleans before hitting the road. Brunch at Brennan’s, with crab-stuffed omelettes and grits on the menu, is a must, as is live jazz at revered Preservation Hall.

The road east passes swathes of green, from the soupy swamps and wetlands of the Bayou Sauvage National Wildlife Refuge to roadside forests with intertwined canopies. There’s endless blue, too, as the road skims across Lake Pontchartrain towards Mississippi, whose slice of coastline has buttery beaches and casinos.

Suggest a stop in Bay St Louis, a cute town with antiques shops, fishing piers and restaurants serving just-caught seafood, before continuing to Mobile in Alabama. This port city is interlaced with creeks and inlets, and has charming streets lined with magnolia trees and Creole architecture. Dauphin’s, which serves seafood infused with rich southern flavours, on the 34th floor of a skyscraper, frames the water with floor-to-ceiling windows.

Stay: The super-stylish Ace New Orleans is walkable from much of the action, though it has plenty within its walls, too. Three Keys, for example, is a cosy live-music venue tucked off the lobby, and there’s a rooftop garden with cocktail bar, pool and views over the city. Doubles from £110.
acehotel.com/neworleans 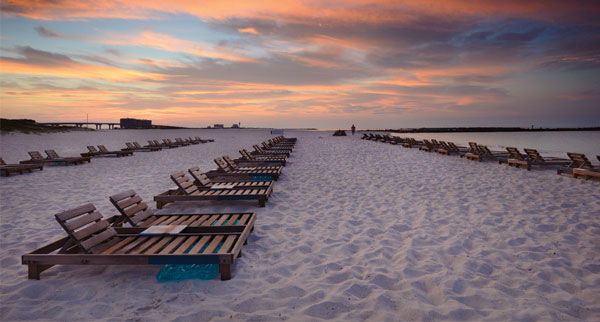 See: Mobile is a walkable city that (as anyone here will gleefully tell you) hosted the first organised Mardi Gras, in 1703. Its Carnival Museum displays gem-encrusted costumes worn by carnival kings and queens.

From here, it’s a short drive to a very different side of Alabama – a wide stretch of coast with blazingly white beaches. Gulf Shores and Orange Beach make up Alabama’s Gulf Coast, with clusters of bars, seafood restaurants and shops selling inflatables and surf gear.

Later, The Gulf is a chilled-out choice whose beachfront bars and street-food stalls are fashioned from shipping containers.

Stay: The Lodge at Gulf State Park opened in late 2018, steps from the beach. It offers access to the 28-mile Hugh S Branyon Backcountry Trail, which winds through pitcher-plant bogs, old-growth forests and sand dunes. Coastal-chic rooms have private balconies overlooking the sea or parkland. Doubles from £125.
hilton.com 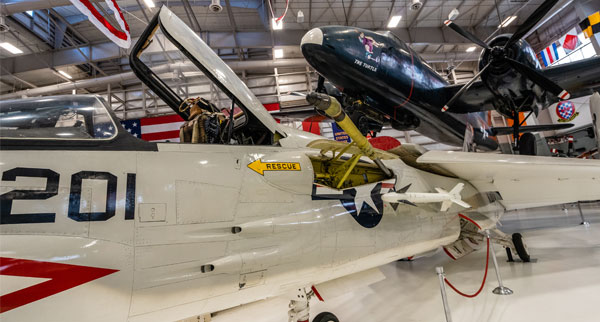 See: Flora-Bama – on the border between Alabama and Florida – is the place for kitsch selfies. This tumbledown beachfront maze of outdoor and indoor bars has giant chairs, fairground cutouts and licence plate wall-art. Rock and country bands play across the five stages pretty much all day.

The National Naval Aviation Museum, with its restored military aircraft, is also worth a stop en route to downtown Pensacola, where 19th-century buildings mingle with modern murals and street sculptures. Suggest a potter around Quayside Art Gallery, which sells paintings, jewellery and pottery crafted by locals.

At Pensacola Beach, a skinny spit of land with bars and hotels hemmed by the palest sand, the best way to end the day is to sit back, glass in hand, and watch the natural light show. On Jolly Sailing’s small-group cruises, crew hand out canapes and top up wine glasses as the sun sets over the bay (£50 for two hours).

Stay: The Hilton Pensacola Beach is a huge, family-friendly hotel with a pool and direct beach access. Doubles from £200.
hiltonpensacolabeach.com

See: The prettiest route from Pensacola is via Highway 399, flanked by pastel beach homes and shortbread-hued sand dunes.

Along the equally lovely Highway 98, which hugs the slate-blue Gulf of Mexico, Destin’s boardwalk and seafood restaurants make a good lunch and leg-stretch option. Suggest a detour to Seaside, where 1998 Jim Carrey movie The Truman Show was filmed.

Small fishing town Apalachicola nestles in a nub of land where the Apalachicola River empties into a bay of the same name. Visitors can explore Orman House Historic State Park, an antique-stuffed antebellum home with botanical gardens, before eating freshly shucked oysters at Up The Creek Raw Bar.

Suggest a sunset cruise from the Apalachicola Maritime Museum (£25 for two hours), during which customers will learn about the town’s history as a 19th-century cotton depot, while watching the sky blaze orange and pink.

Stay: Water Street Hotel and Marina in Apalachicola has spacious, stylish suites with balconies overlooking the river, where you can watch passing oyster boats. Doubles from £135.
waterstreethotel.com 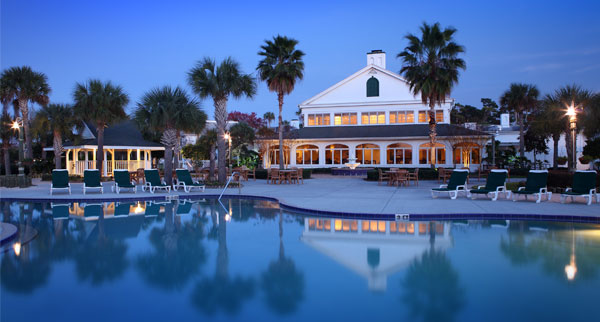 It’s a perfect build-up to a highlight of the trip – swimming with wild manatees in the Crystal River. More than 400 ‘sea cows’ gravitate to Kings Bay during winter. A growing number stay all year round, understandably reluctant to leave these temperate, limpid springs. Daily snorkelling trips from the Plantation Adventure Center cost £50 for two hours.

Stay: The Plantation on Crystal River has traditional, cosy rooms by the water, steps from where the tours depart. Doubles from £90.
plantationoncrystalriver.com 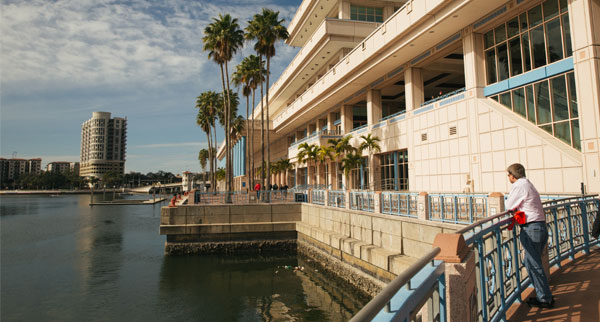 See: Refreshingly cosmopolitan Tampa makes a lovely finale (or start) to the trip. For an adrenaline rush, there are belly-flipping rides and wildlife at Busch Gardens Tampa Bay. Or suggest clients explore downtown. The Riverwalk, a raised walkway tracing the curves of the Hillsborough River, connects cultural highlights including the Tampa Museum of Art and Florida Museum of Photographic Arts.

Tampa’s streetcars are free, and it’s a 20-minute ride to Ybor City, founded by cigar magnates in 1885 and still a hub of Cuban culture, from shops where you can watch cigars being hand-rolled to the huge, meat-packed Cuban sandwiches said to have been invented here.

Stay: Sheraton Tampa Riverwalk has simple and stylish rooms, and a pool/bar area next to the river. Doubles start at £120.
marriott.com

The US: Six of the best self-drives
Explore Louisiana from New Orleans
Orlando’s best lesser-known attractions