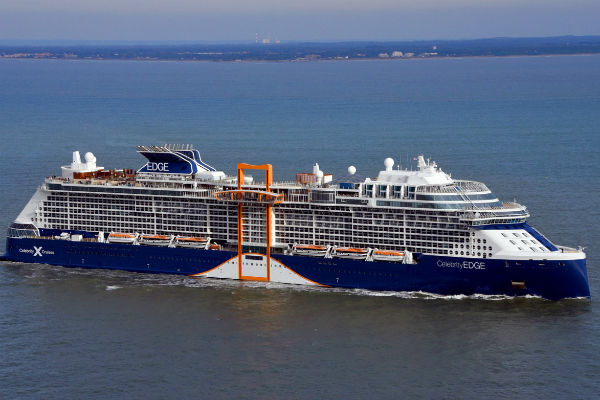 An agreement has been made for a fifth Edge-class ship for Celebrity Cruises to be delivered in autumn 2024.

Celebrity Edge was delivered last year and is coming to Southampton next month for the 2019 Clia conference and subsequent visits in the summer.

Royal Caribbean Cruises chairman and chief executive Richard Fain said: “Edge class made an immediate hit with Celebrity Cruises guests and is a state-of-the-art example of technical excellence and elegant design. We can’t wait to build the next one.”

“Chantiers de l’Atlantique has been a brilliant partner and we look forward to creating another amazing vessel with them.”

The ship yard’s general manager Laurent Castaing said:”We are really proud and happy to have built such an outstanding relationship with our customer, based on mutual trust and driven by the spirit of innovation.

“After the four Millennium-class ships at the beginning of 2000s and the four Edge-class ships, this is the ninth ship ordered by Celebrity Cruises at our shipyard and it will be the 24th vessel built by Chantiers de l’Atlantique and operated by RCL.

“This is a real testimony of the exceptional level of co-operation we reached together.”