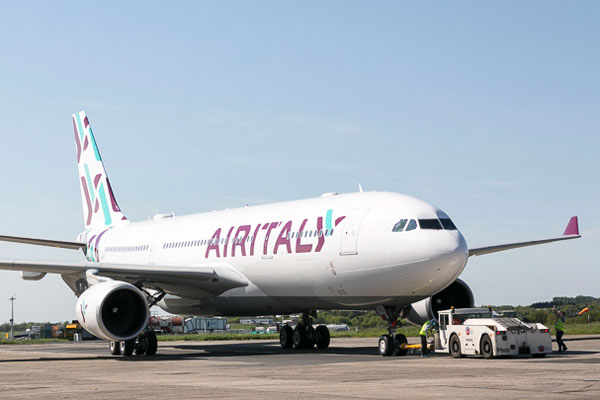 Qatar Airways has denied that its 49% stake in Air Italy breaches a 2018 aviation agreement between the US and Qatar.

A strongly worded statement was issued yesterday in a bid to address US concerns that Gulf airlines have an unfair competitive advantage on transatlantic routes.

The response came as it emerged that the US is “looking very closely” at the deal after Republicans and Democrats said they were concerned it violated the agreement, Reuters reported.

Qatar Airways took a stake in Italian airline Meridiana in 2017, rebranded it as Air Italy and transformed it into a carrier with five US routes from Milan.

The state-owned Gulf airline said the stake was “fully compliant” with the 2018 US-Qatar understandings, an additional pact that accompanied the US-Qatar open skies agreement.

“Qatar Airways holds a 49% stake in Air Italy’s parent company, AQA. This minority investment is at the same level that Delta holds in both Virgin Atlantic and Aeromexico, and that Etihad held in Alitalia.”

Gulf airlines have always denied accusations made by the ‘big three’ US carriers – Delta Air Lines, American and United – that they are being unfairly subsidised by their owner governments.

Separate voluntary agreements were reached between the US and Qatar and the United Arab Emirates last year to address the concerns. Measures included the airlines not adding new flights to the US.

Qatar Airways said its investment in Air Italy, finalised in September 2017, preceded the 2018 agreement but complied with it.

It said: “The ‘big three’ U.S. carriers have consistently demonstrated their hostility to new entrants into the US-Europe market, and their attacks on Air Italy based on the identity of its minority shareholder are just another manifestation of this hostility.

“Air Italy, the carrier the ‘big three’ cite as a major ‘threat’ to their survival, has a fleet of just 15 aircraft and only serves one US city – New York – with a daily service while other routes, Miami, Los Angeles and San Francisco, are operated at a lower frequency.”