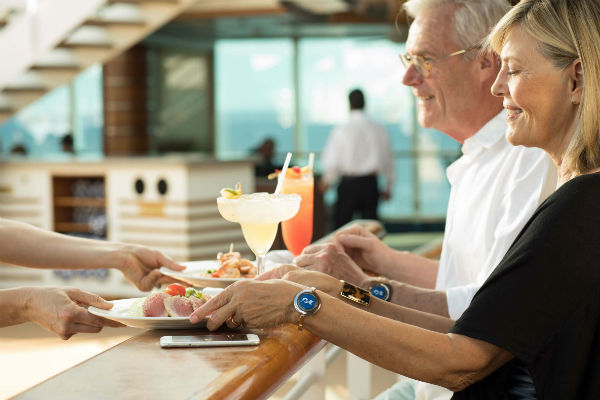 Enchanted Princess, to be named in Southampton next summer, will be one of six additional Princess Cruises ships to employ Ocean Medallion technology.

The device – the same size as a 10p piece – replaces more traditional cruise cards and enables passengers to open cabin doors, order drinks and navigate their way around the vessel.

The gadgets will be introduced on Crown Princess on July 24, making it the first ship with UK departures to use Ocean Medallion.

Crown Princess is currently sailing a summer season around the UK and Ireland.

The line’s next ship, Sky Princess, will launch with the technology when it enters service on October 20 spending a short season sailing the Mediterranean.

This will mean that 11 ships will be carry Ocean Medallion by the end of 2020.

The line’s UK and Europe vice president Tony Roberts said: “The Ocean Medallion has proved a groundbreaking piece of travel technology and the feedback from our guests, in terms of how it has helped enhance and improve their cruise holiday, has been overwhelmingly positive.

“It’s great news, both for our guests and crew, that we will be offering the Medallion on even more ships throughout next year.

“I’ve been fortunate enough to experience the Medallion first-hand and the simple, seamless service it provides means I’d thoroughly recommend it, whether people are already familiar with our ships or looking to dip their toe in the water for the first time.”