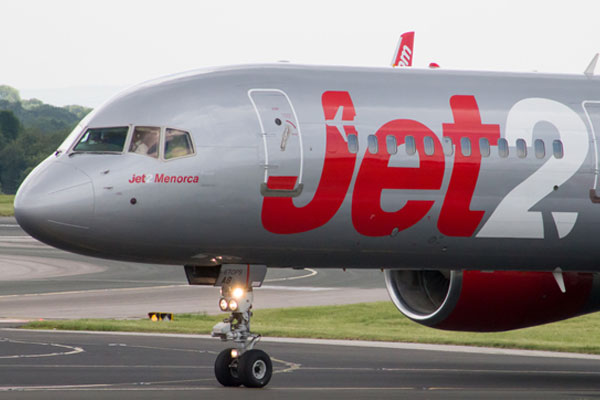 Jet2.com and Jet2holidays are raising capacity to Menorca next year by extending summer season flying.

An extra 10,000 seats will be offered on 26 additional return flights.

The summer 2020 programme to the Balearic island will start in early April with departures from Birmingham, Manchester and Stansted.

The move will enable Menorca to be served during the Easter holiday period.

Additional flights will start from all three airports on April 5 on Thursdays and Sundays until the end of October from Birmingham and Stansted and until early November from Manchester.

Up to four flights a week from Birmingham, five from Stansted and six from Manchester will run during peak periods.

The extra services come in response to demand for package holidays outside of the peak summer holiday period in Menorca, according to the operator.

The company pledged to not just fill rooms during the peak season, but to work in partnership with hoteliers and the Menorca Tourist Board to achieve the best results outside that period.

Menorca tourism minister Maite Salord said: “Jet2.com and Jet2holidays’ commitment to advance operations by a month in 2020 demonstrates its confidence in Menorca as a tourist destination, a confidence that has been demonstrated year after year to the point of becoming one of the British operators with the largest share of business on the island.

“Undoubtedly, this decision is an important step towards achieving the desired de-seasonalisation, a priority goal for Menorca for the economic and social benefits it brings to the island.

“I have to admit that none of this would have been possible without the active involvement of the Menorcan businessmen who have led the commitment and the joint work.

“The united efforts and the great predisposition of Jet2.com and Jet2holidays have been decisive for Menorca in improving its spring 2020 activity.”

Jet2 and Jet2holidays CEO Steve Heapy said: “As well as being a firm favourite with holidaymakers during the peak summer holiday period, Menorca is a destination that is attracting more and more customers in the shoulder seasons.

“We know these April services will be extremely popular with customers who want to visit Menorca earlier in the season and for Easter.”