Malta is embracing the music scene with its annual Isle of MTV festival, finds Ronan O’Shea.

There’s a palpable air of youth in Valletta this evening, as thousands of people dance along to a song by British DJ Sigala that I’m neither cool enough nor young enough to recognise.

The sun is descending over St Publius Parish Church – the backdrop to the town’s famous il-Fosos (The Granaries) Square, a storied meeting place that once hosted Pope John Paul II – and the swelling summer crowd in front of me is emblematic of the direction in which Malta is heading.

I’m on the island for the Isle of MTV Music Week. Once a single-evening event, it has evolved into a week-long affair, though the concert in The Granaries remains the big draw with acts such as Paloma Faith, Ella Eyre, Sigala and Hailee Steinfeld joined by Jason Derulo, the headliner for 2018.

Speaking to me on a balmy Wednesday afternoon at the Radisson Blu hotel, it’s Derulo who sums up how many feel about Malta these days.

“It’s a paradise that a lot of people don’t know about,” he says. “When I said I was going to Malta a lot of people were like, ‘where is that?’. It’s a beautiful place surrounded by water. I’m a beach baby so anywhere I can get some water, I’m there – count me in.”

Derulo has performed at the show before and came back for this year’s event, thanks to his love of the island. 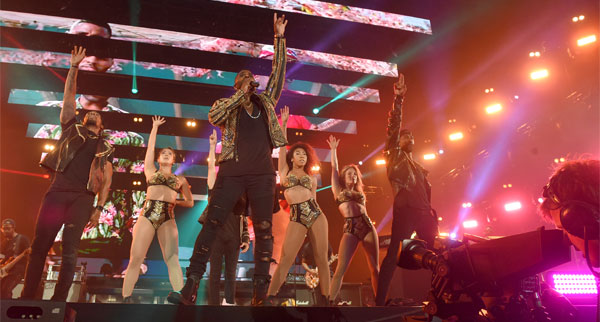 While the star’s fellow Americans might not be familiar with Malta, the same can’t be said for Britain, which remains the island’s main tourism market with a visitor share of 26.2%.

However, one of the big changes, engendered in part thanks to events such as Isle of MTV, is the shift in the age demographic. While Malta remains popular with older visitors, it’s increasingly – and purposefully – gearing itself towards younger tourists.

Russell Samuel, vice-president of creative and integrated marketing at Viacom International Media Networks, was one of those entrusted by the Malta Tourism Authority to promote the island’s youth appeal.

He says: “Malta was renowned as a destination for the older tourist. It has the history and heritage, as an island. They wanted to break into that younger tourist demographic; ultimately, that was our brief.”

It seems to have worked, with live-music events attracting attention from younger people. Samuel reports that holiday bookings to Malta by MTV viewers have increased by 70% in the past five years, with Ministry of Tourism figures revealing a significant spike in bookings from under-24s.

Tourism minister Konrad Mizzi says: “Isle of MTV has worked in moving into the younger tourism market, which accounts for about 25% [of total visitors] now, which is good.

“Other events target specific markets, such as Annie Mac’s Lost & Found festival. MTV is our anchor event for the season. Events are important to ensure people have things to do while here in Malta.” 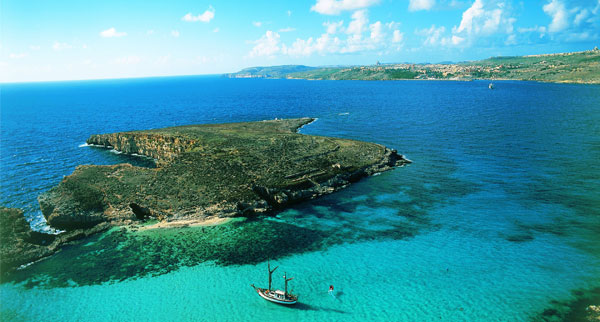 There’s certainly no shortage of activities on the island. Capital Valletta has carved out a name for itself as a standalone city-break destination in recent years, and was named European Capital of Culture in 2018. Attractions include the 16th-century St John’s Co-Cathedral and Grand Master’s Palace, the leafy Upper Barrakka Gardens and Valletta Contemporary, a gallery that opened last year.

As well as the capital, the Megalithic Temples and the Hal Saflieni Hypogeum are listed as Unesco World Heritage Sites, each providing a window into ancient civilisations, while there are more than 360 churches for those interested in the history of Christianity on the island.

Sun lovers need not fear, though, with a handful of popular sandy beaches including Mellieha Bay, Ghajn Tuffieha and Golden Bay. According to Mizzi, there are plans to extend Mellieha Bay by 30 metres out to sea, with extensions at Balluta in St Julian’s, one of Malta’s most popular nightlife spots and home to several bars, clubs and restaurants.

One of its most-photographed attractions is the Blue Lagoon. Situated between the unpopulated island of Comino and the islet of Cominotto, the beach is famous for its azure waters and popular for diving, snorkelling, swimming and sunbathing. Its popularity can make it crowded, but that’s a price worth paying to see the unique beauty of the beach.

And after a night out at Isle of MTV, kicking back on the beach might be just what partygoers need.

Book it: Mercury Holidays offers three nights’ B&B at the four-star La Falconeria in Valletta from £470 per person, flying from Gatwick on July 11.
mercuryholidays.co.uk

Food and drink in Malta
Sports holidays in Malta
Malta: A holiday for every season