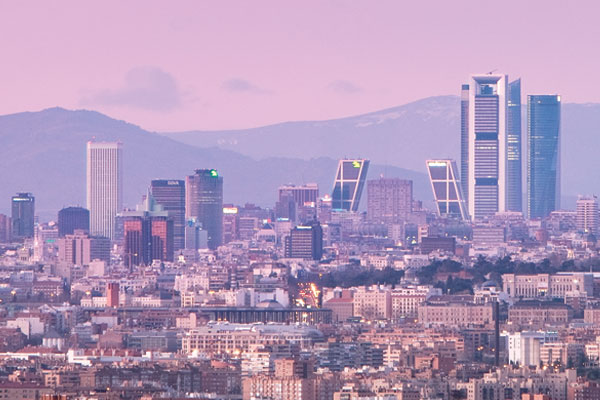 Football fans are turning to private airline charter specialists in a desperate bid to get to the Liverpool verses Tottenham Champions League final in Madrid.

Private aviation specialist Air Charter Service was “inundated with phone calls” following the match at Anfield on Tuesday which saw Liverpool get to the final on June 1 by beating Barcelona.

That was before last night’s dramatic second semi-final in Amsterdam as Tottenham overcame Ajax to reach the all-British final.

Reports were already circulating that scheduled air fares had been hiked for travel to the Spanish capital after Liverpool reached the final.

Liverpool and Tottenham have each been allocated 16,613 tickets for the final, with many more supporters expected to also travel.

Air Charter Service private jets director Andy Christie said: “With the news that several airlines have hiked prices up for flights on final weekend by around 700% and the cheapest of hotel rooms in Madrid starting from £600 a night, maybe more fans will be tempted to fly in and out by private jet.

“For those fans that are prepared to club together, we could charter a private jet from the UK to Madrid and back, on the day, for the equivalent of from just over £2,000 per person, based on the group chartering a six seater aircraft.

“Aircraft availability and parking in Madrid on the day is, however, becoming scarcer by the hour.”

He added: “For the final in Kiev last year we booked a number of small aircraft, as well as larger jets carrying over 1,000 fans to Ukraine.

“This year we already had options on suitable large aircraft, just in case the unthinkable happened – which, fortunately, it did.

“Flights for VIPs and corporates were booked up some time ago, but now we are seeing huge demand for aircraft to get desperate fans to the final – including groups made up of friends or families looking to share costs in order to charter a jet.”

Thomas Cook Sport is offering return day trips from Stansted and Liverpool starting at £559 including transfers to and from the Wanda Metropolitano Stadium.

“We hope to meet Spurs and Liverpool fans demand over the coming days and will continue to work to ensure we can help as many supporters as possible,” a spokesman said.

“We know supporters are also looking for weekend-long options, this is not something we are offering at this time but we hope as many fans as possible make it to Madrid to support the club.”