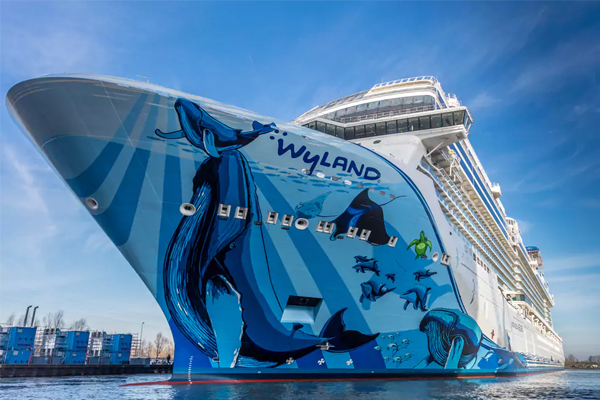 Adjusted net income was up to $181.8 million against $137.8 million in the same period last year for the parent of Norwegian Cruise Line, Oceania Cruises and Regent Seven Seas Cruises.

The company, with a combined fleet of 26 ships, said it expects to generate record full year earnings in 2019 and has increased its net yield growth and adjusted EPS [earnings per share] outlook “above the high-end” of its previous guidance.

The increase was primarily attributed to the addition of Norwegian Bliss to the fleet, along with strong growth in organic pricing across all core markets and “robust” on board spending.

President and CEO Frank del Rio said: “We were pleased to enter the year in a record booked position, which when combined with a solid wave season and record results for the first quarter, paved the way for an increase to our full year adjusted EPS outlook that now exceeds the high-end of our previous guidance range, and would result in yet another year of double-digit Adjusted EPS growth.

“Our modest in-year capacity growth of less than 3%, coupled with continued robust global demand for our portfolio of brands allowed us to focus on driving pricing as evidenced by our first quarter topline beat, our record wave season pricing and higher net yield growth expectations for the remainder of the year.”

Chief financial officer Mark Kempa added: “The strong demand environment we have been experiencing for some time is continuing throughout 2019 and into 2020.”

NCL has announced selected 2020 and 2021 itineraries for 12 of its ships including Norwegian Encore’s debut in Seattle to sail seven-day cruises to Alaska alongside sister ship Norwegian Bliss, as well as Norwegian Joy’s arrival in New York for the first time.

Norwegian Spirit, which will undergo a multi-million dollar revamp in early 2020, will sail itineraries from Tokyo and Hong Kong.

Sixty-nine of the 85 ‘Tropics and Exotics’ itineraries unveiled by Oceania Cruises for 2020-21 are new including 30 voyages to the Caribbean, the Panama Canal and Mexico.