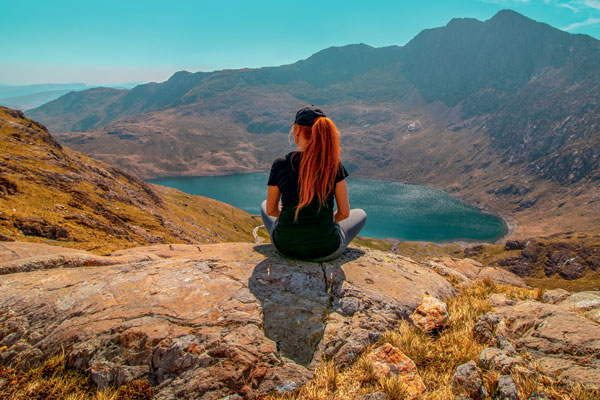 Tackling the slopes of Snowdon is more of a challenge than you might expect, finds Laura French.

Well this is going to be a doddle, I thought smugly to myself, as I set off beneath a quintessentially Welsh (read cloudy) sky to take on the iconic Mount Snowdon, father in tow, slopes sprawling out around us under a mystical, purplish haze.

I was training for Kilimanjaro, and I assumed this was going to be something of a walk in the park in comparison. At 1,085 metres, it doesn’t have quite the altitude of Africa’s highest mountain, nor does it involve five nights of camping, six days of trekking and 10 hours of nighttime summiting. Though that didn’t stop my dad purchasing the entirety of the outdoor clothing shop in preparation, while I made do with a pair of plimsolls and a decade-old hoodie. 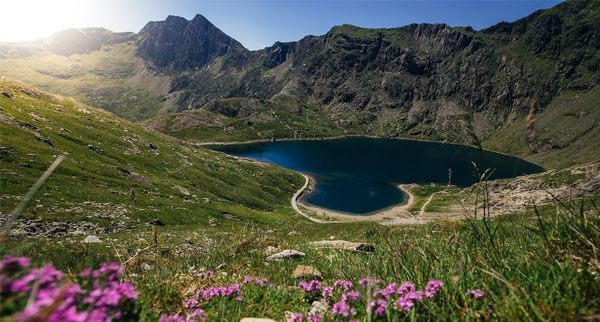 But complacency was soon to become my enemy. Within minutes, I was clambering breathlessly up a string of waist-high rocks, fighting with gale-force winds and battling the rain pelting on to my unprotected head. Not quite the stroll in the park I’d imagined.

Despite all that, it was spectacular. Craggy rocks rose up around us as we ascended between patches of lime-green grass and cliff-like peaks, silence ande smell of fresh rain filling our senses.

Eventually it got a little easier, the path flattening out to a pleasant stone trail that snaked its way around the mountainside, Glaslyn lake shining out in a pool of aqua that looked like it belonged in the Swiss Alps. And so it continued for a good hour or so, honey-coloured trails and bottle-green trees surrounding us, until we were confronted with a threateningly steep pile of scree, which soon became the hardest part of the whole hike.

For the next hour we scrambled our way up the barren shingles, stones pelting down, path getting progressively steeper, until we finally glimpsed the summit, peeping through a veil of thick mist. A steam train emerged from the fog, passengers waving and congratulating us as they chugged along, making me feel as if I’d just completed a three-year expedition in the Himalayas, rather than a three-hour walk in Wales.

And I half-convinced myself we had when we finally reached the top, cold, soggy and weather-beaten, fog surrounding us so that I couldn’t see my own hands.

The wind was so strong I could barely walk against it, but the air was fresh and pure, and I felt invigorated by being there, high above the hustle and bustle of daily life, landscapes stretching on into seeming infinity through the thick, fluffy clouds.

After an hour taking it all in, we began our descent – and by 3pm we were back at Pen-y-Pas, where we’d started six hours earlier, armed with a genuine sense
of achievement, a newfound burst of energy and an even greater feeling of smugness than we’d set off with. A productive morning if ever there was one.

We’d opted for the Pyg Track, the shortest of the five waymarked paths that lead to the summit. The round-trip is seven miles, but it’s said to be one of the toughest options due to the steep, at times slippery, sections. It’s also one of the most popular, so it’s worth recommending setting off early to avoid the crowds.

Other key routes include the Llanberis Path, the easiest, longest and most gradual; and the Miners’ Track, a gentle, flattish option that winds around Glaslyn lake with scenic vistas at every turn. We took this on the way down, and I can vouch for the views.

Those after a real challenge can take on Crib Goch – known for its razor-thin ridge with sheer drops either side – while those at the other end of the spectrum might prefer the aforementioned trains, which carry passengers up through postcard-pretty landscapes in two-and-a-half-hour round-trips, without the effort of a hike. There’s a heritage steam locomotive and a more modern diesel service, with prices from £30 return. 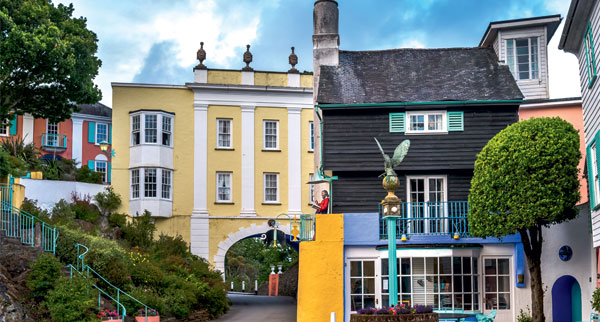 Snowdonia – the national park within which Snowdon sits – isn’t only about the mountain. Spanning more than 820sq miles, this stretch of contours and valleys covers an area almost as big as the Lake District, meaning even those who don’t fancy tackling the mountain will find something to do.

There are hikes to suit every level, including a network of trails in the Ogwen Valley – home to tumbling waterfalls, opal-coloured lakes and dramatic, glacier-carved landscapes – alongside rugged, empty beaches and steep mountain-bike trails.

Wildlife fans will be in their element on Bardsey Island, where seals slump on the shores beside sixth-century remnants and Neolithic stone circles, and astronomy aficionados will find some of the UK’s best stargazing, earning Snowdonia official dark sky reserve status.

My favourite spot was Portmeirion, a protected coastal village created by architect Clough Williams-Ellis in the early 1900s, with Italianate houses, shops and cafes painted in striking yellow, pink and blue. Ornate statues, whitewashed villas and lush woodland made me fall a little bit in love with this quaint spot, and by the end, I was feeling so serene and refreshed I felt as if I could take on Snowdon all over again. Albeit perhaps with a waterproof, this time.