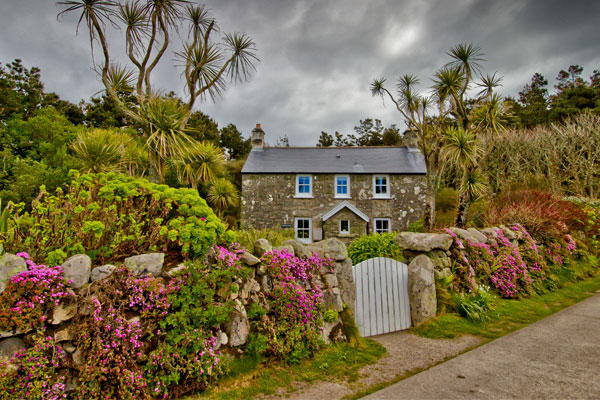 Despite being only 28 miles from Cornwall, the Isles of Scilly (pronounced ‘silly’) are wholly escapist. Rather than chain supermarkets, traffic jams or noise pollution, these 140 slow-paced specks – of which only five are inhabited – promise lily-white beaches, Caribbean-colour coral, see-through seas, subtropical gardens and Britain’s warmest climate.

There’s a good food scene, lots of walking and, most enchantingly, an innocent, villagey vibe: doors are left unlocked, and everyone says ‘hello’.

Not that this is a 20th-century time warp. Wi-Fi and mobile-phone reception are the norm, and many hotels and cottages are decidedly luxurious. That goes some way to explaining the high prices, along with the journey from southwest England.

Quickest – and most exciting – is riding in a twin-engine plane from Land’s End, Newquay or Exeter to main island St Mary’s on the so-called Skybus, although these flights are weather-dependent (from £125 return, islesofscilly-travel.co.uk). Ditto helicopter connections from Land’s End to St Mary’s, with a Penzance-Tresco service due to start in spring 2020.

Most reliable is the Scillonian III ferry’s daily, three-hour crossing from Penzance (from £48 return), though, due to a shallow draught, this sometimes choppy journey isn’t for those with shaky stomachs. 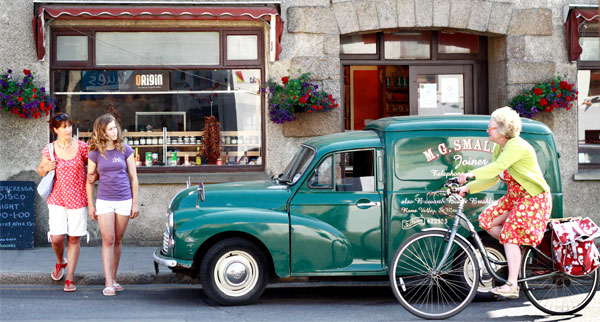 The largest isle, and home to about 80% of Scillonians, pretty St Mary’s is where most Scilly trips start. In twee ‘capital’ Hugh Town, narrow streets house boutiques and live-music pubs. Close by, the Juliet’s Garden restaurant has superb views over Hugh Town’s harbour towards the previously inhabited island of Sansom.

See: Ex-prime minister Harold Wilson visited St Mary’s each summer; his modest grave can be seen at the Old Town Church. Older still are Iron Age and Romano-British settlements, and Bronze Age burial tombs at Innisidgen. It’s possible to drive, walk or cycle to all of them in a day. Active types can also enjoy 30 miles of nature trails, or horse riding along unspoilt coastline. Rather more hedonistic are the tasting sessions offered at Holy Vale, Britain’s most southerly vineyard.

Stay: The Scillies’ grandest place to stay? That’ll be the eight-pronged Star Castle, set beside Hugh Town and originally built as a fortress to deter the Spanish Armada. There are a few rooms in the atmospheric castle itself and spacious garden quarters in grounds across the moat, plus two high-end restaurants. 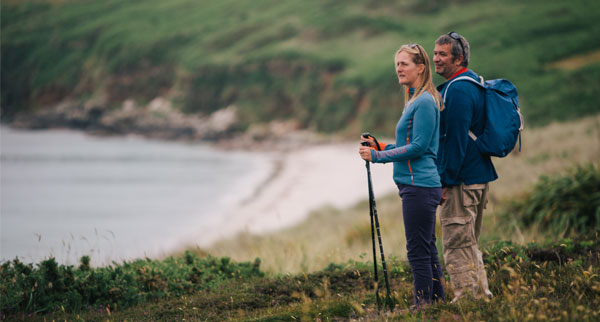 Home to the isles’ biggest single attraction, Abbey Garden, posh and privately-owned Tresco has a manicured vibe and self-catering accommodation ideal for families. There are no cars – people stroll, cycle or drive golf buggies – and three excellent dining venues, including the convivial New Inn.

Stay: A feast of whites and wicker furniture, Tresco’s luxurious self-catering or B&B options are divided across the two villages, Old and New Grimsby. As well as good dining, the New Inn offers simple, affordable accommodation.

The wildest of the inhabited Scillies, Bryher is ringed by a thrilling coast path that bounces past sandy beaches and, along the wild west shore, jagged, frothy Atlantic coves into which breakers crash relentlessly. And yet here is where you’ll find the islands’ classiest hotel-restaurant, Hell Bay, plus the fun Crab Shack and a friendly main village set along leafy lanes. It’s possible to walk across to Tresco during spring tides, with Low Tide Festivals sometimes held on the exposed sandbar.

Stay: There’s a campsite and two guesthouses, but the best option is Hell Bay. Decked out in the same style as Tresco’s self-catering options – tongue-and-groove walls and nautical-themed paintings – it has original Barbara Hepworths on the walls and a fine-dining restaurant. The hotel’s minimum age has risen to 14 this year, and a yoga studio and expanded garden now accompany the pool.

St Agnes’s population of just 85 guarantees a wonderfully soporific air. Skulking above its quay is the tempting Turks Head pub, while flowery lanes lead to farms. Secluded St Martin’s is similarly peaceful, and revered for its fine shores.

Visitors to St Martin’s should make for sandy beaches such as Great Bay or Par – off which Scilly Seal Snorkelling runs excursions.

Stay: At Troytown Farm, an old croft, a cottage and a flat in the main farmhouse can be rented by self-caterers. On St Martin’s, the plush Karma St Martin’s is a luxury beachside resort.

St Mary’s: “There are lots of dog-friendly accommodation options on St Mary’s,”
says Beverley Scarr, short-haul general manager at Premier Holidays. “Some
beaches are open to dogs year-round and pooches can even travel with their owners on the Skybus from Land’s End or Newquay.”

Premier Holidays has a seven-night island-hopping tour combining St Mary’s, St Martin’s and Tresco (staying at the New Inn), from £979 per person, including return ferries from Penzance, with transfers payable locally.
trade.premierholidays.co.uk

Prestige Holidays has a seven-night package, staying at Hell Bay in Bryher and Tresco’s self-catering Sea Garden Cottages, from £1,599 per person, including return ferries from Penzance. Transfers payable locally.
ukprestigeholidays.co.uk