Tamara Hinson takes on three of the subcontinent’s most enthralling cities.

It’s 5am and I’ve just been side-swiped by a swordfish. I’m standing in the fragrant chaos of Mumbai’s Sassoon Dock fish market. Nearby, fishermen offload their cargo – enormous tunas and giant, rubbery rays – while women in brightly coloured saris weave their way through the crowds, balancing baskets filled with their chosen catch.

Unlike Delhi, which grinds to a halt after dark, Mumbai never sleeps. And with more domestic flight connections than ever – largely thanks to Jet Airways pulling its operations, prompting domestic airlines such as Vistara and AirAsia India to sweep up landing slots at Mumbai, adding connections to Bangalore, Kolkata and other Indian cities – now’s the time to take another look at some of the country’s less-explored urban hubs.

The sensory overload at Sassoon Dock – one of the largest fish markets in Mumbai and one of the oldest, dating from 1875 – is just the first stop on the fantastic Mumbai at Dawn tour, offered to guests at five-star hotel The Oberoi, Mumbai.

Another is a pre-sunrise visit to Chhatrapati Shivaji Maharaj Terminus. Every day, three million passengers pass through this train station. My guide points out the colourful lights that disappear in daylight, and sculptures of a lion and tiger, a nod to India and Britain. This pre-dawn tour is a fantastic way to get under Mumbai’s skin.

In fact, part of the reason I struggled with the fish market’s sensory overload is last night’s pre-midnight visit to AER, one of Asia’s highest bars – a glowing, UFO-like space atop the Four Seasons. It’s a popular hangout for A-listers, who are increasingly well-catered for here, most recently by the new Soho House Mumbai in super-chic Juhu Beach.

This area will become more accessible in 2021, when a new metro line links Colaba and Bandra – a journey that currently takes over an hour to drive. The stretch between Colaba, home of the iconic Taj Mahal Palace hotel, and Bandra, with its Bollywood-themed Walk of the Stars on the opposite side of the stunning Bandra-Worli Sea Link, is generating the biggest buzz.

The metro’s starting point, Colaba, remains Mumbai’s biggest draw. It’s got the Gateway of India (the departure point for boat tours to the Unesco-listed Elephanta Caves) and Mumbai’s finest hotels, including the Oberoi, the only hotel with views along the entire length of Marine Drive, known as the Queen’s Necklace.

But visitors shouldn’t just stick to the coastline. The glitzy Lower Parel area of Central Mumbai is packed with fantastic independent bars and restaurants. Many can be found at the Kamala Mills complex, home of The Flea Bazaar Cafe, which opened recently inside a former mill.

Head to this food hall-style venue for a fantastic range of cuisines, including huge tacos at El Chapo Gangsta Mexicana and delicious diner-style food at Bay Burgers, tucked inside a vintage caravan. 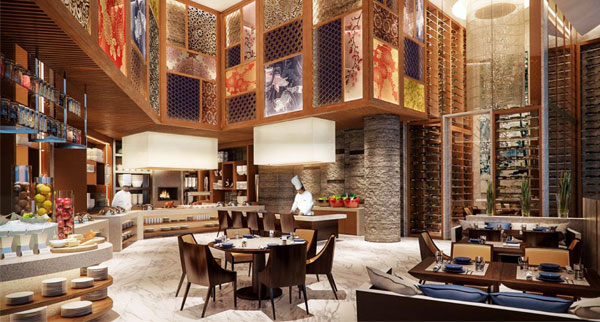 The Chedi Mumbai: Set to open in June with 312 spacious rooms and suites, this luxury property offers superb views across Powai Lake to Mumbai’s neon-lit skyscrapers. Expect a rooftop bar, pool bar, and international cuisine across its four restaurants.
ghmhotels.com

THE Park Mumbai: This design-led property is set near Juhu Beach, opposite Asia’s first Soho House, with 60 rooms and an Asian fusion restaurant already open, plus a whisky bar with outdoor patio, poolside rooftop bar and spa to follow. Rooms from £185 per night.
theparkhotels.com 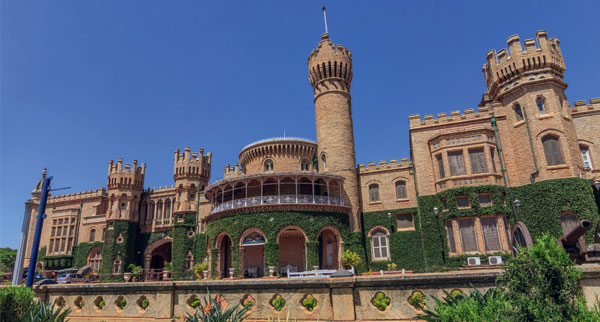 Bangalore is a city of two sides – home to India’s biggest tech giants, more breweries than any other city but also more parks and gardens, hence its nickname, the Garden City.

On a tour of Lalbagh Botanical Garden, my guide points out ‘sausage’ trees and an enormous rose garden, scented with 1,800 plants. We pass the bandstand, where a police band plays on Sunday, and an enormous chunk of rock. “Just a boulder,” says my guide dismissively. I later discover it’s three billion years old and one of the world’s earliest examples of metamorphic rock.

Back in the centre of Bangalore, I find myself crunching up the gravel drive to a replica of Windsor Castle, complete with ivy-clad turrets. Bangalore Palace was built in 1888 by former Mysore king Chamaraja Wadiyar, who had visited Windsor and fallen in love it. Inside, there are elaborate spiral staircases and colourful, Moroccan-style courtyards.

Bangalore is also famous for its temples. One of the oldest is the Nandi Temple, with its huge bull idol (Nandi was Shiva’s mount) carved from a single piece of granite.

Then there’s ISKCON Sri Radha Krishna Temple, rising like an Aztec pyramid above the city. Splash out on a VIP ticket (about £3.30) for fast-track entry.

Don’t forget to check out the nightlife, either. Lively Indiranagar is Bangalore’s nightlife hub. One of the most popular spots is Toit brew pub, with its hipster decor (including a wall-mounted tuk-tuk). UB City, India’s first luxury mall, is equally happening, and has some of Bangalore’s best restaurants such as Sanchez, where Indian chef Vikas Seth serves up his legendary Mexican cuisine.

One advantage of the presence of so many tech giants – including Google and Ola, India’s version of Uber – is that hotel brands are clamouring to open properties here. Bangalore’s finest hotels include a Shangri-La, Le Méridien and Ritz-Carlton. The luxurious ITC Gardenia is a foodies’ paradise, with restaurants specialising in Japanese, Italian and Indian cuisine. My advice? Head to its Kebabs & Kurries restaurant to gorge on central Asian cuisine cooked in clay ovens and tandoors. Just don’t count the calories.

Synonymous with culture and history, Amritsar is an epicentre of faith. With bustling streets offering delectable Punjabi cuisine and a number of historic sites to visit, Amritsar is a haven for foodies as well as devotees. The city houses the holiest gurdwara, the Golden Temple – the captivating sight can calm any unsettled mind.

In Bengaluru – or Bangalore – the pleasant climate, lively nightlife, Victorian-era architecture and lush green parks make it a wonderful place to visit. Known for being the world’s tech hub, with most tech giants operating from here, it has a bright and youthful population keeping it one of the most vibrant cities in India. With its modern metro, Bengaluru is extremely easy to get around and makes any tourist feel at home. The Cubbon Park, Opera House, National Gallery of Modern Art and Lalbagh Botanical Gardens are some of the must-see attractions. 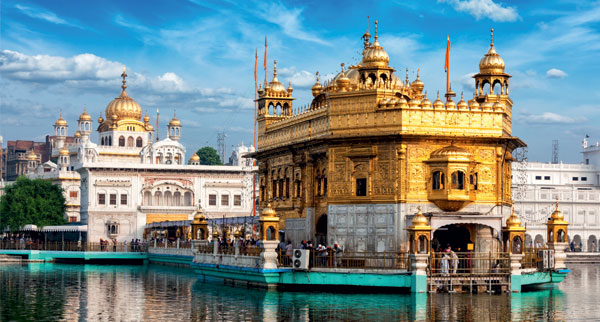 I’m metres from India’s border with Pakistan, waving a tiny Indian flag and watching a much larger version slide down the flagpole. No visit to the northern city of Amritsar is complete without seeing the flag-lowering ceremony, which takes place every day at the Wagah border, a 30-minute drive from Amritsar and the only place on the India-Pakistan border that the Foreign Office excludes from its travel advisory.

The biggest attraction is the pre-party, when 40,000 spectators fill stadium-like seating, vendors dish out popcorn and India’s fearsome Border Security Force lead the crowd in singalongs to Bollywood classics.

For deeper (less jovial) insights into partition, visit Amritsar’s Partition Museum for a harrowing account of the run-up to the split and the ensuing chaos. Cyril Radcliffe, who drew the dividing line, relied on outdated maps and had never visited India.

Equally harrowing is the nearby Jallianwala Bagh memorial. This year marks the 100th anniversary of the Jallianwala Bagh massacre, when Colonel Reginald Dyer ordered his troops to fire on 10,000 locals. The site is now a strangely beautiful garden, complete with crouching, topiary soldiers.

Amritsar, which has a population of just over one million, is the most important city for Sikhs thanks to the presence of the Golden Temple, part of an enormous complex built around a huge body of water. Follow the marble walkway, dodging dripping locals – Sikhs come from all over the world to bathe here – to reach the world’s biggest communal kitchen, staffed by volunteers, where 40,000 people eat for free every day. Feel free to wander through the enormous dining hall and food prep area, and you can even help roll out a few rotis en route.

Finally, it’s a common myth that Amritsar is a dry, meat-free city. Although it’s hard to find either near the temple (though you might stumble across the world’s first vegetarian McDonalds), Amritsar has several fantastic breweries, most of which are on Ranjit Avenue. The largest is Brewmaster, a huge pub with live music and cheap, self-dispensing towers of beer. And there are plenty of options to soak up the alcohol. For traditional Punjabi cuisine, nothing beats Makhan Fish, founded in 1962 by S Sucha Singh and now run by his grandsons.

Exodus Travels’ 16-day Mountains, Temples & Hill Stations tour spends two nights in Amritsar, with an evening ceremony at the Golden Temple, a visit to Jallianwalla Bagh and a heritage walk around the city. The tour also includes Shimla, the home of the Dalai Lama, a journey on the Toy Train to Delhi, and an optional trip to the Taj Mahal. Prices start at £2,179 including flights, transport, accommodation, breakfasts and two lunches.
exodus.co.uk

Cox & Kings’ The Heart of India is a 14-night private tour starting with two days in Mumbai, going on to the fort cities of Maheshwar and Mandu, tiger-spotting in Satpura National Park, travelling by train to the palaces of Orchha, with a night at The Claridges in Delhi. Prices start at £3,575 including flights, accommodation, local transfers and a guide.
coxandkings.co.uk 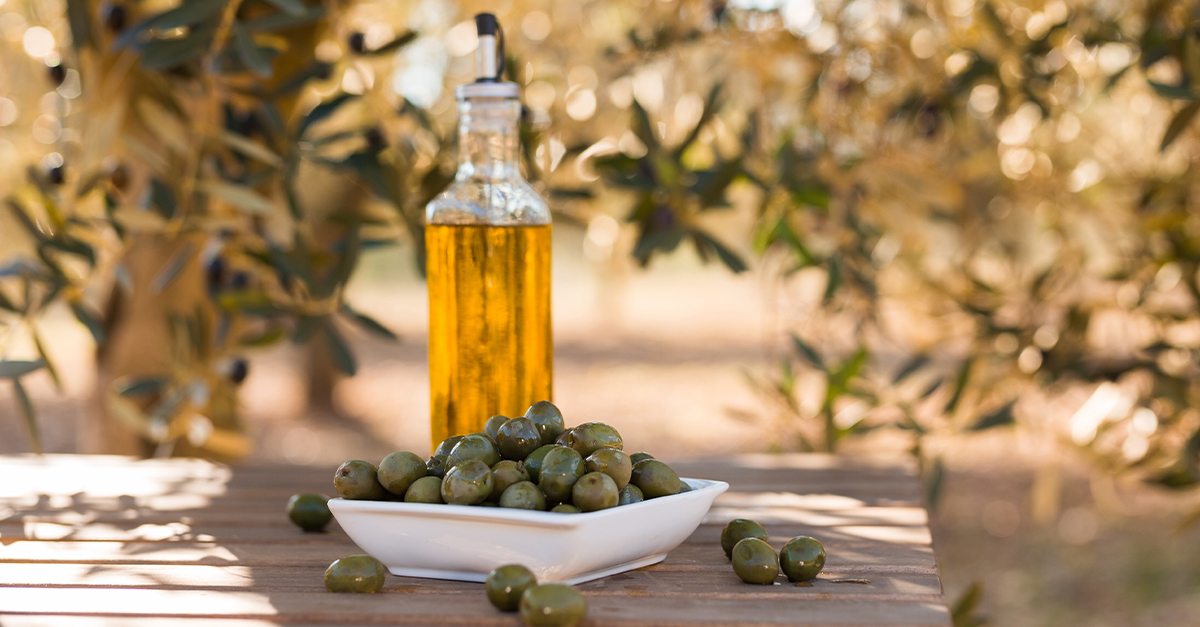