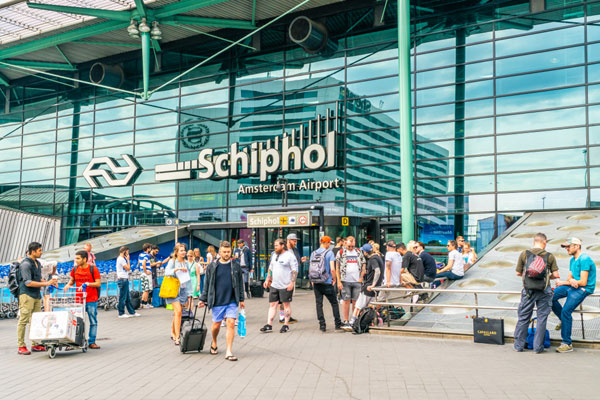 Dozens of flights were cancelled at Amsterdam Schiphol airport on Tuesday after public transport staff staged a 24-hour strike which brought virtually all aircraft, rail, bus and ferry services to a halt.

The airport instructed airlines to cancel numerous flights to and from the UK.

The airport advised the public not to travel to the airport “unless absolutely necessary”.

Flybe, Ryanair and easyJet were among the airlines to cancel multiple flights yesterday

Eurostar services from London St Pancras to Rotterdam and Amsterdam were also cancelled.

The strikes are part of larger protests, which are expected to lead to walk-outs in factories and other public services on Wednesday.

Unions are demanding the government drops its plans to increase the retirement age and cap it at 66.