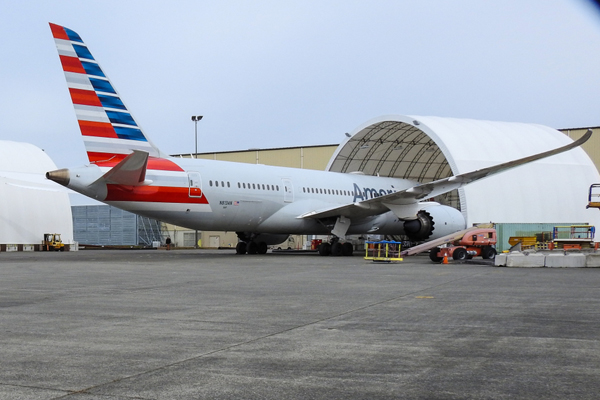 The US carrier originally cancelled 737 Max operations until August 19.

However, flight cancellations have now been extended until September 3, affecting about 115 flights a day.

“By extending the cancellations, our customers and team members can more reliably plan their upcoming travel on American,” the carrier said.

All 737 Max aircraft were grounded in March following two crashes in Indonesia and Ethiopia in less than six months.

Boeing has since been worked on a software fix to enable the aircraft to resume service.

The US carrier said: “American Airlines remains confident that impending software updates to the Boeing 737 Max, along with the new training elements Boeing is developing in co-ordination with our union partners, will lead to re-certification of the aircraft soon.

“We have been in continuous contact with the Federal Aviation Administration (FAA), Department of Transportation (DOT), National Transportation Safety Board (NTSB) and other regulatory authorities, and we are pleased with the progress to date.”