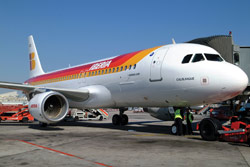 British Airways moved closer to a merger with Spanish carrier Iberia last week when the heads of the airlines signed an agreement to form the International Airlines Group (IAG).

The joint carrier should be set up by the end of the year, assuming completion of a series of steps. The BA name will not disappear other than on the stock markets where IAG will be listed – in London and Madrid.

The two airlines will continue as distinctive operations, as Air France and KLM have done since the formation of Air France-KLM in 2004. Indeed, BA chief executive Willie Walsh has identified the rival carrier as the model for his deal with Iberia.

Walsh will run the new carrier as chief executive, with his Iberia counterpart Antonio Vazquez as chairman. But BA will continue to operate with its own management and staff.

IAG will be 56% owned by BA shareholders and 44% by Iberia’s, reflecting the respective values of the airlines.

Walsh and Vazquez believe the merger will bring cost savings of €400 million (£350 million) a year within five years – mostly from combining fleets, technology and back office systems and cutting staff.

The savings will be important as the merger partners are currently running at a loss. Iberia lost €273 million (£240 million) last year, while BA lost £342 million for the nine months to December 2009, despite better-than-expected figures for the last quarter of the year.

Strikingly, the IAG structure and name will allow incorporation of future merger partners.

The deal will, in effect, turn Madrid Barajas airport into a BA hub for flights to Central and South America and the Spanish Caribbean, probably with increased connections from UK regional airports.

Heathrow, in turn, will serve as a hub for Iberia passengers flying to North America, the Middle East, Asia and sub-Saharan Africa.

The agreement put paid to suggestions that the merger might be in jeopardy, after the deadline for its signing passed at the end of March. But the deal still has some hurdles to clear.

Most important, BA must win acceptance for its plans to deal with a £3.7 billion pension deficit. It has agreement on this with the unions – staff contributions will increase or benefits fall – and awaits approval from the pension trustees and UK pensions regulator. However, Iberia retains the right to walk away in September if it judges that the deficit is “materially detrimental” to the deal.

A lot may depend on what happens on the stock market. BA appeared to have tackled its pension crisis in early 2007 – when the deficit was near half the size it is now – until the crash in the stock market, due to the financial crisis of 2008, caused the deficit to balloon.

If all goes well, European Union clearance and shareholder agreement is expected in November and completion of the merger in December.

The merger at a glance