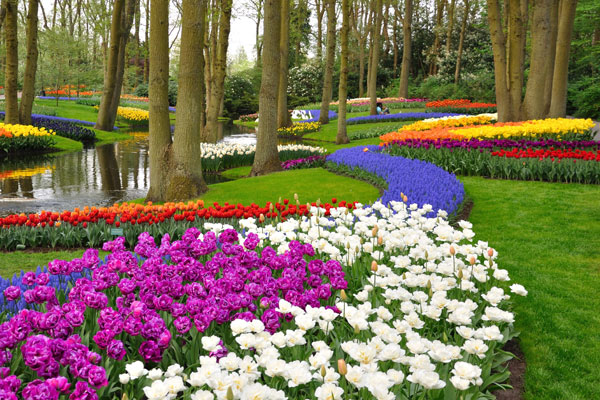 Jane Archer gets back to nature along the Dutch and Belgian waterways on Great Rail Journeys’ first whole-ship charter.

Charlie Dimmock is waxing lyrical about shrubs and grass and regaling us with behind-the-scenes stories from TV show Ground Force when, together with Alan Titchmarsh and Tommy Walsh, she would roll up her sleeves and make over a garden in just two days.

Ground Force ended in 2005, but Dimmock keeps her hand in TV as part of the Garden Rescue team, and has even taken to the stage in Christmas pantos and Calendar Girls.

Today, she’s guest starring on a one-week river cruise around the Dutch and Belgian waterways with Great Rail Journeys.

A rail specialist offering river cruises might seem a tad contradictory, but Great Rail has been taking groups on the waterways of Europe for years. What makes this cruise different is that I am on the first of several whole-ship charters, where everyone is a Great Rail customer and their tour managers run the show. Other cruises this year and in 2020 will be on the Rhine, Danube and Rhone, with Dimmock back on two voyages next spring. 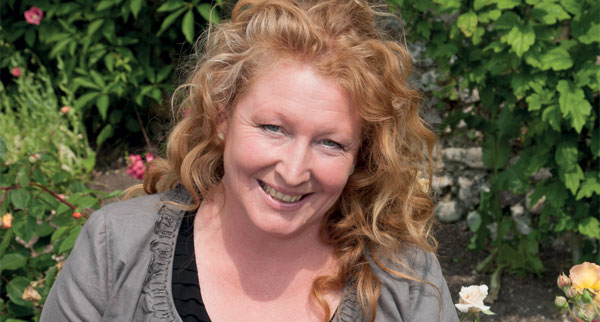 Head of trade sales Lindsay Dixon says: “Our customer demographic loves river cruising, so our ambition is to introduce our winning ‘GRJ touch’ to the cruise market.”

If the cruise I was on – a tulip-themed voyage round-trip from Amsterdam on Amadeus River Cruises’ Amadeus Silver II – is anything to go by, they’re certainly succeeding in that aim. Almost everyone I spoke to had been on a rail touring holiday with Great Rail, and many were tempted onto the water through their loyalty to the brand.

The itinerary was a fairly typical springtime cruise combining history, culture and tulips, except, in a nod to its train roots, Great Rail had packaged the cruise with Eurostar travel from the UK (flights were also available) and was offering a trip on the Medemblik steam train in Hoorn on a tour from Amsterdam. We also had a talk by First World War expert Colonel Piers Storie-Pugh.

Dixon says the tulips cruise was snapped up fast. “Our guest speakers attract a lot of interest and the flexible ways to join the cruise give customers a great amount of choice. Many are choosing the rail and cruise option as they enjoy both styles of travel,” she says.

One of the best things about this itinerary is that each day is different. From Ghent, we dived into First World War history with a tour to Tyne Cot Cemetery, where nearly 12,000 servicemen (mostly British) are buried, and saw trenches at Sanctuary Wood Museum – home to a huge crater caused by explosives set under the German frontline on what was known as Hill 60.

The following day we admired the city’s medieval buildings, crusader castle and Gothic cathedral – while in Antwerp it was all about Ruben’s paintings and Belgian chocolate.

Then it was back to war history, but this time the 1939-45 conflict, with a tour to the Airborne Museum in Arnhem, which commemorates Operation Market Garden in September 1944. This was a failed attempt by the allies to drop forces in Arnhem, establish a bridgehead from which to invade Germany through Holland and, it was hoped, end the war more quickly. 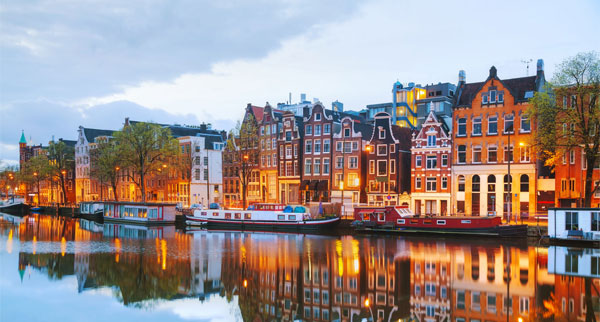 Back in Amsterdam on the penultimate day, we gathered in the lounge to hear Dimmock talk about how she got into gardening, solved passengers’ gardening problems and recalled the first Ground Force makeover. It was for a woman called Norma, who they nicknamed Storming Norma after she blew £2,500 of her hubbie’s money because she suspected he was having an affair, when actually he was just trying to keep the filming a secret.

That afternoon we headed out of the city to see the flowers at Keukenhof Tulip Gardens. The park is about an hour’s drive from Amsterdam and attracts so many visitors that although it’s only open for less than two months a year, it’s one of Holland’s busiest tourist attractions.

It’s easy to see why. It was mid-April, the sun was shining and the tulips were as pretty as a picture. In fact I’d say they were blooming marvellous. 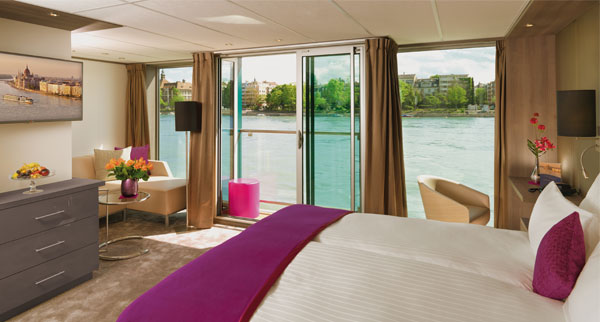 Round-Britain cruises
River cruises in Asia: From the Mekong to the Yangtze
Cruises in Germany’s wine regions