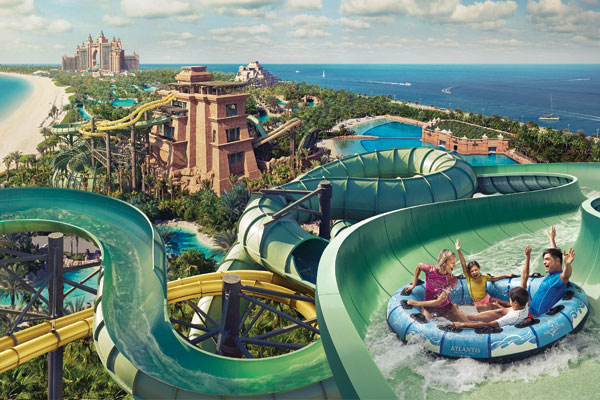 Laura French rounds up experiences in the region for children seeking a holiday with a difference.

Think kids, think Middle East? Possibly not, but there’s a plethora of child-friendly activities to be getting on with in this vast, wild region, and it’s not only about the shopping malls.

From horse-riding in Oman’s Al Hajar Mountains to snorkelling with dolphins in the Red Sea via water parks, roller coasters, desert safaris and plenty more, there’s something to please most palettes here. But where do you start?

VR rollercoasters, giant aquariums, indoor ski slopes and theme parks aplenty – there aren’t many boxes Dubai doesn’t tick, but for one of the most perennially popular spots, suggest Aquaventure Waterpark at Atlantis The Palm. Thirty-plus waterslides,1.4 miles of rapids, a zipline and kids’ splash area put this high on the radar for anyone after an adrenaline hit, while the wider resort boasts Dolphin Bay and Dubai’s biggest aquarium.

Book it: Emirates Holidays offers five nights’ half-board at Atlantis The Palm from £765 per person, based on a family sharing an Ocean King Room with flights, tickets to Dubai Parks and Resorts and entry to Aquaventure (valid August 4-25).
emiratesholidays.com 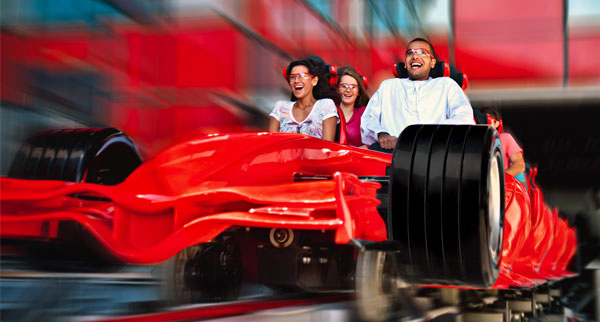 Brave the fastest rollercoaster in the world on Yas Island, Abu Dhabi

Book it: Lusso Travel offers five nights’ half-board at the Ritz-Carlton Abu Dhabifrom £2,455 per family, based on two adults and one child sharing a Deluxe Room. The price includes flights, private transfers and tickets to Warner Bros World (for travel before September 30).
lussotravel.com

Ride a horse in the Al Hajar Mountains, Oman

Dramatic red-stone canyons, billowing deserts and coastlines the colour of curacao – Oman is something of a playground for visitors of any age, and at its heart are the Al Hajar Mountains, rising in jagged peaks around the northeast of the country. They’re a hotspot for active family adventures, but for a different way of getting around, suggest saddling up on an Arabian horse.

Cox & Kings offers horseriding as an add-on to its Oman Family Explorer trip – tagging it on to dune bashing in the desert, whale-watching along the coast and green-turtle-spotting at renowned nesting site Ras Al Jinz.

Book it: Cox & Kings’ Oman Family Explorer costs from £3,195 per person, including flights, B&B accommodation, transfers, some meals and the services of a tour manager.
coxandkings.co.uk 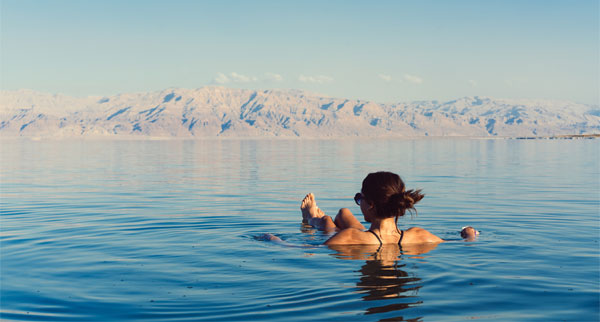 Float in the Dead Sea, Jordan

With Petra, the Wadi Rum desert and a string of other extraordinary sights to its name, Jordan isn’t short on hooks to entice families. But nothing quite beats floating in the Dead Sea in the Jordan Valley, where the salt concentration makes it feel as if you’re drifting through space, gravity-free. And if bobbing up and down like a starfish isn’t enough of a novelty for the kids, being at the lowest point on Earth – more than 400m below sea level – surely is. Day trips here can be arranged from Amman, where other kid-friendly activities include the open-air Citadel (Jabal Al Qal’a), the Roman ruins at Jerash (30 miles north) and the hands-on, family-dedicated Children’s Museum.

Book it: Cyplon offers a week’s B&B at the Amman International Hotel from £1,159 per person, based on a family of four sharing two standard rooms, including flights on August 18.
cyplon.co.uk

Snorkel with dolphins in the Red Sea, Israel

There’s swimming with dolphins – and then there’s snorkelling with them. Eilat, Israel’s most southerly city, specialises in the latter, offering over-10s the chance to glide alongside these sleek, elegant creatures from beneath the water at eco-site Dolphin Reef, a private beach frequented by a resident pod. But it’s not just about the dolphins here, of course. Turtles, groupers, manta rays, parrot fish and plenty more can be found in the region’s crystalline waters, with the nearby Coral Beach Nature Reserve boasting a vibrant coral wall that’s home to more than 650 species.

Book it: Kuoni offers seven nights’ half-board in a Mountain View Room at Isrotel King Solomon, Eilat, and two nights at Shalom Hotel & Relax, Tel Aviv, from £5,899 per family, based on three people sharing and including transfers and flights from Heathrow in October.
kuoni.co.uk 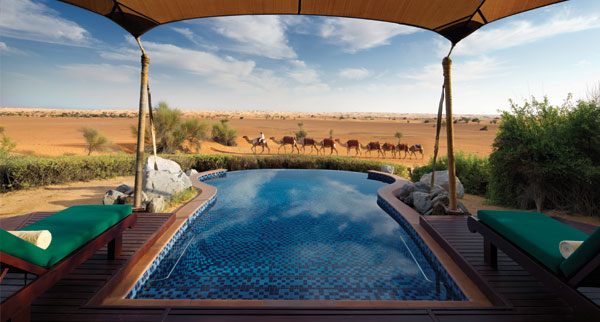 It’s in the desert that Arabia’s real charm lies, of course, and its rolling sand dunes, roaming wildlife and heritage-rich Bedouin camps make it a hotspot for active kids. For a luxury, family-friendly spot, Travel 2 recommends Al Maha, A Luxury Collection Desert Resort & Spa. Set in the Dubai Desert Reserve, it offers 4×4 drives, nature walks, camel rides, archery, falconry and plenty more amid the surrounding sands, alongside spa treatments for parents wanting a bit of alone-time.

Book it: Gold Medal offers three nights’ full-board in a Bedouin Suite at Al Maha, A Luxury Collection Desert Resort & Spa, from £2,129 per person, including Emirates flights and transfers, for travel until August 31.
goldmedal.co.uk

Best of  the rest

Glimpse wildlife in Ajman: Direct wildlife-keen kids to lesser-known emirate Ajman, where the Al Zorah Nature Reserve boasts pink flamingos and other species, spread across a million square metres of mangrove forest. If Only recommends the Oberoi Beach Resort, located right on the reserve, for families looking for a serene escape.

Dubai Mall: Dubai Aquarium, Dubai Ice Rink, KidZania, “haunted attraction” Hysteria and the futuristic, luminescent VR Park are all to be found in this sprawling mall, which spans an area equivalent to more than 50 football pitches.