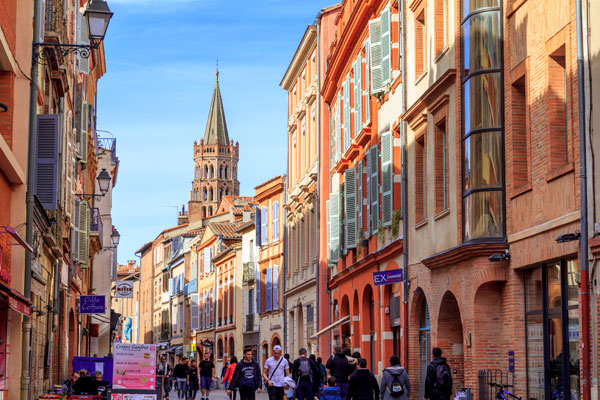 With its magnificent boulevards lined by elegant, 19th-century buildings in rose-tinted brick, Toulouse, at first glimpse, seems a city steeped in history.But its colourful past is matched by a bright future. This is the home of France’s aviation industry, and a European centre for space exploration. In a weekend here, you can pilot a virtual biplane, walk through the Mir space station and ride on a giant Minotaur, before refuelling with cassoulet and a glass of Languedoc red. 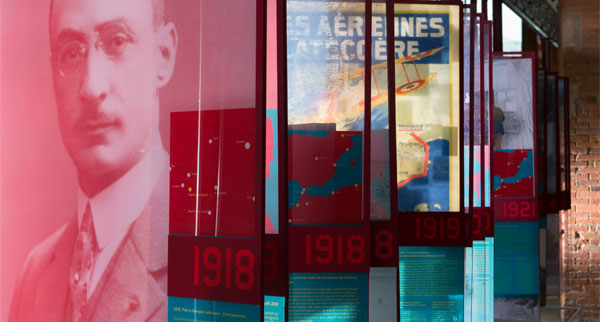 09.30: Take a stroll along the Canal du Midi to the city’s imposing main station, Toulouse-Matabiau. It’s just a four-minute ride by TER regional train to the suburb of Montaudran, where the city’s connection with aviation began.

At the former aerodrome, watch actors deliver dramatic accounts of their exploits and achievements (in English as well as French). Then test your flying skills on a custom-designed simulator, piloting a Breguet 19 biplane over the desert where Saint-Exupéry crashed – inspiring him to write Le Petit Prince.

11.30: Next door, engineering takes a quirky turn. Street-theatre company La Machine has built a permanent home for some of its mechanical creations, including a gigantic spider and a winged, fire-breathing Minotaur, which paraded through the city streets last year at the exhibit’s launch. Watch operators work smaller machines in the hall, then take a 45-minute ride up and down the former runway on the back of the 15m-tall Minotaur. Finish up with lunch at the Minotaur Cafe, which overlooks the machines (€16 for entrance and ride; halledelamachine.fr).

13.30: Just 10 minutes in a taxi – Toulouse has Uber – will take you out of this world, at Cité de l’espace. This extraordinary space museum will give you an insight both into the city’s role – the Mars rover Curiosity was partially developed and piloted from Toulouse, and this is where young French astronaut Thomas Pesquet studied – and into the wider history of space exploration. See a live feed from the window of the International Space Station, journey through the galaxy in the planetarium and learn how astronauts go to the loo in zero gravity. Outside, you can see  a real-size model of the Ariane 5 rocket, walk through a prototype of the Mir space station, and even climb into a Soyuz launch capsule (€21, cite-espace.com). 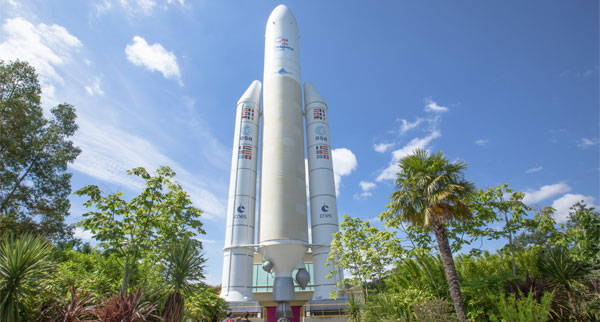 16.30: Head back to central Toulouse and browse for an outfit for the evening. The city is the birthplace of many a cutting-edge fashion brand, from Le Comptoir des Cotonniers to The Kooples. There are branches of both near the Esquirol Metro station.

19.30: Toulouse is a university city with a bright, buzzy nightlife. Enjoy a lively atmosphere and sample some local specialities at Cosmopolitain, a bustling, central restaurant specialising in Occitan-style tapas (cosmopolitain-toulouse.fr).

22.00: Time for a nightcap. Choose your grape at N5 Wine Bar – there are 500 wines available by the glass, including a wide choice from the local Languedoc-Roussillon region, known for full-bodied reds and aromatic whites (n5winebar.com). 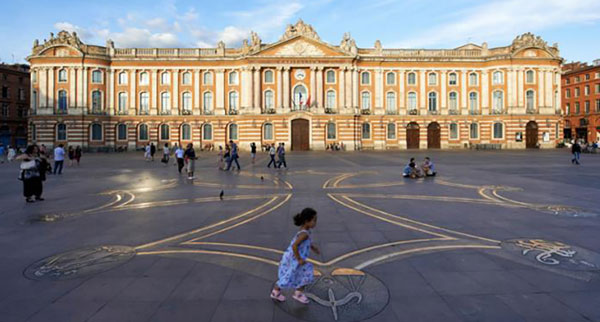 09.30: Take a wander through the streets of the old town, full of tall, 19th-century, pink-brick buildings that have given the city its nickname, La Ville Rose. Street names in both French and Occitan highlight this region’s historic refusal to bow to the rule of Paris, and the mishmash of architectural styles visible in St Etienne Cathedral is evidence of a 13th‑century clash between dominant Catholicism and the rebellious Cathars.

10.30: Enjoy one of the city centre’s most tranquil spaces, and get an overview of fine arts from the Middle Ages right through to the 20th century. The Musée des Augustins is a former Gothic convent, with rooms of Renaissance sculptures, Romantic paintings and even colourful, modern works by contemporary artist Jorge Pardo. It’s all set around a beautiful cloister, colonised by gargoyles rescued from other religious buildings (€2, free the first Sunday of every month; augustins.org).

12.00: Visit Le Capitole, its magnificent neoclassical facade stretching the whole length of the square that shares its name. Inside, you’ll find gilded reception rooms and a series of giant canvases by local Impressionist Henri Martin, showing the city throughout the seasons.

13.00: Walk to the Marché Victor Hugo, where the region’s finest produce can be found. Shop for supplies to take home, including specialities such as foie gras, Toulouse sausages, cassoulet in tall jars, Roquefort and crisp, almond Croquant biscuits. With your appetite well and truly whetted, get some lunch. Start with a few oysters and a glass of wine at one of the fish stalls, and then head up to the first floor where a handful of restaurants cook with the freshest of ingredients (marche-victor-hugo.fr).

15.00: Ahead of your flight home, head out towards the airport in Blagnac and visit Aeroscopia. This aeronautical museum is a plane-spotter’s dream: you can climb into the cockpit of a Concorde – the first prototype of the supersonic jet was built and tested in Toulouse – and see everything from a nippy MiG fighter jet to an enormous, swing-nosed Super Guppy cargo plane (entry €12.50; musee-aeroscopia.fr).

Anyone with an interest in how planes are made can book a tour of the huge Airbus factory next door, where you can see the assembly line for the giant of the skies, the A380 (reserve at least two days in advance at manatour.fr). 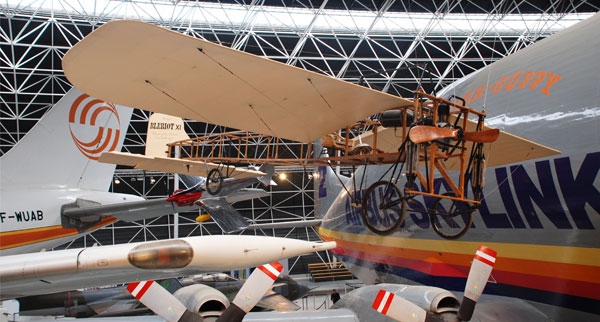 Created by a scion of the Club Med dynasty, Mama Shelter hotels combine a wealth of hospitality experience with a desire to do things a little differently, and the new outpost in Toulouse is a perfect example of the brand’s stylish but affordable offering.

Conveniently located in the old centre, behind an unassuming facade, lies real individuality. Public spaces are key in Mama Shelter hotels, and immediately beyond the reception desk is the pivotal, sprawling bar and restaurant.

The ceiling is one giant chalkboard mural and there’s a living wall, an orange foosball table and bright furniture. It’s a sociable spot, from breakfast time – when you can tuck into everything from Toulouse sausage to granola and green juice – until the early hours, when you can drink your cocktail by the bar, or outside on the large terrace (perfect for balmy summer nights).

Upstairs, rooms are simple but idiosyncratically furnished, with lamps in the shape of Darth Vader’s helmet, pink lighting, and handwritten messages on the mirrors.

Book it: From €79 per room per night.
mamashelter.com

Northern France: Sailing the River Somme
What to see and do in Corsica
Family holidays at Les Villages Nature Paris