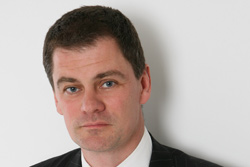 Independent travel agent groups could be on the verge of forging a new permanent coalition of businesses that would work together to secure a bright future for the sector.

Simon Hargreaves, managing director of TTA Worldchoice, said he believed some of the trade’s leading bosses, stung by the recession and the impact of collapses, were ready to put egos to one side to create a new alliance.

He revealed talks had already taken place with independent agency groups and was confident an agreement would be reached by the end of the year.

“I think we will see something by Christmas,” Hargreaves said. “Our plan is to go out and prove that the independent travel agent has a big future. No one is really championing that at the moment.

“While we have some scale, we now need to get more scale.

Potential partners are not many in number, the main players being Worldchoice’s fellow Triton founders Global Travel Group and Advantage, which already has a partnership with Elite, and Hays Travel.

Hargreaves said his vision did not necessarily rely on buying rival businesses, as TTA did with Worldchoice in 2008, but locking them into an interdependent alliance of partners running parts of each other’s businesses.

TTA might, for instance, operate a trust fund on behalf of another member while it, in turn, runs a division of TTA’s business.

“This won’t work if egos are allowed to get in the way, but I think the time is right because some of the people I would expect to be ego-driven are ready to do this,” said
Hargreaves.

“This is exactly what we should have done five years ago to prepare for the recession.

“It is still a good time to do it because we have all got raw memories about how difficult the last two years have been.”

“We have all been focused on getting our businesses through the recession but you start now thinking: what is the long game here?”

Hargreaves said the last attempt to create such a coalition, the Triton superconsortium, did not last due to vested and competing interests.

“There are ways of setting it up so that it would be difficult for people to walk away,” he added. “Triton was about scale to get better commissions, and that actually happened. This is not just about trying to increase commission rates. In a network it’s about which suppliers you want to work with.”

Hargreaves claimed other groups looking to replicate TTA’s trust model would struggle due to the liabilities that have to be underwritten.

“There is a lot of day-to-day knowledge required to run a trust account,” he said.

“Our underwriting costs have not gone up in the recession, suggesting we have managed it well. No TTA consumer has ever lost a penny. Who else does that in our industry?”