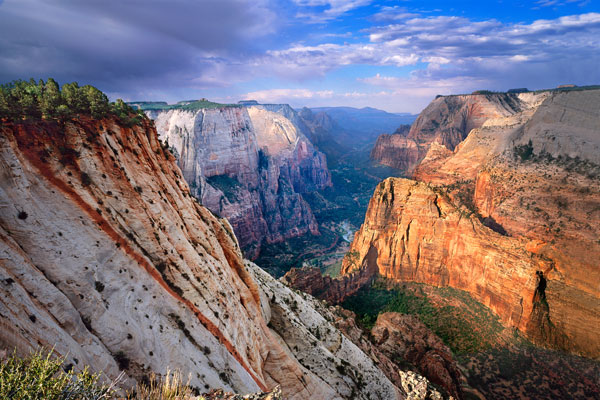 Utah is known for its national parks, but those aren’t the only draw, finds Tamara Hinson.

There’s something for all types of traveller in southern Utah. Not only does it contain all of Utah’s national parks – Arches, Bryce Canyon, Canyonlands, Coral Reef and Zion – but history buffs can also ponder the meaning of ancient petroglyphs, adrenaline junkies can fly down towering sand dunes in ATVs, and everyone else can channel their inner cowboy (or girl) on a horse-riding adventure through Zion’s canyons.

But there are lesser-known gems too: crowd-free state parks, hidden valleys filled with ancient ruins and wind-bashed rock formations that rival those of Monument Valley.

Here are a few of the adventures that deserve a place on any active southern Utah itinerary.

Concerns about overcrowding in popular national parks – including Zion – are behind a drive to switch-sell visitors to southern Utah’s state parks, but if clients insist on keeping Zion on their agenda, there is an alternative way to avoid the crowds: viewing it from the air. Zion Helicopters’ panoramic flights travel along the edge of the park (flights directly overhead aren’t possible due to air traffic restrictions), starting from a base near the town of Virgin, and providing breathtaking views over Virgin River Valley, West Temple sandstone summit and the Crater Hill cinder cone. Fancy a different kind of adrenaline fix? Later this year, a network of four ziplines stretching 3,500 feet is set to open near Zion Canyon. 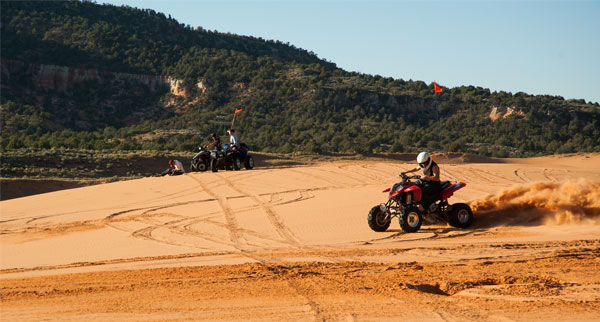 Speed down a sand dune

Coral Pink Sand Dunes State Park looks like nowhere else on Earth – a red-tinted maze of shifting sand dunes believed to be at least 10,000 years old, speckled with ponderosa pine trees and wild flowers. An ATV tour is the perfect way to see the park – you’ll learn how the dunes are formed, spot salamanders or Coral Pink tiger beetles, then clamber up the side of a dune before flying back down at phenomenal speed. Braver travellers can take the wheel of their own ATV, but this is one of Utah’s more challenging landscapes, so you’ll also be given the option of taking a back seat. A range of excursions available, including night tours that finish with a fireside stop-off for s’mores.

Book it: The hour-long Sand Dune Paradise tour starts at $90 for ATV drivers and $45 for passengers.
coralpinkatvtours.com

Camp out at Under Canvas

Let’s get one thing straight here. You might well sleep under canvas at Under Canvas Zion, but you can banish all thoughts of sagging tents and deflating blow-up beds. Spend the night here and you’ll do so in a wood-floored tent with a log-burning stove, hot shower, full-sized bed and a flushing toilet. You’ll be staying in one of the most dramatically beautiful areas of southern Utah, right on the edge of Zion National Park, and activities on offer include mountain bike excursions, hot air balloon rides, fly fishing, jeep safaris and helicopter tours.

Book it: Safari tents from $169 per night.
undercanvas.com 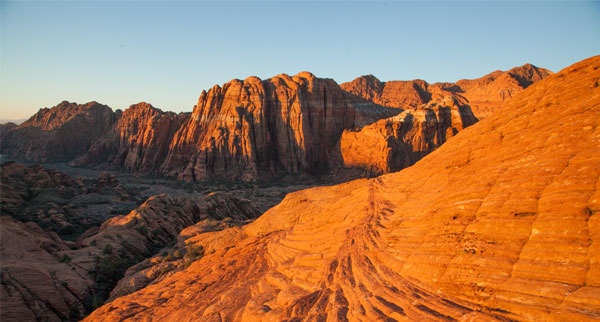 You’ll find some of America’s most spectacular examples of petrified dunes – in the rock-solid, turned-to-stone sense – in southern Utah’s Snow Canyon State Park, a 7,400-acre reserve filled with frozen lava flows, sandstone cliffs and the weird, wonderful moqui marbles. These are clumps of sand that over millions of years have developed a tough, iron oxide shell, giving them the appearance of large, round marbles. The park, which had a starring role in Butch Cassidy and the Sundance Kid, has several campsites, several of which have hook-ups for RVs.

Book it: The Utah Office of Tourism site has details and directions for hiking trails through Snow Canyon State Park.
visitutah.com

Saddle up in Zion National Park

Time to perfect your best yee-haw. A horseback exploration of southern Utah’s cowboy country offers a new perspective on this beautiful part of the Beehive State. Sign up for one of Blue Sage Adventures’ horse-riding excursions and you can opt for hacks along the southern edge of Zion National Park, or channel your inner cowherd with lessons in horsemanship and cattle driving. Blue Sage Adventures works closely with Under Canvas Zion, making a perfect pairing for aching cowboys and cowgirls who dream of dozing off in a pioneer-style tent after a day in the saddle.

Book it: From $75 per hour.
bluesageadventures.co 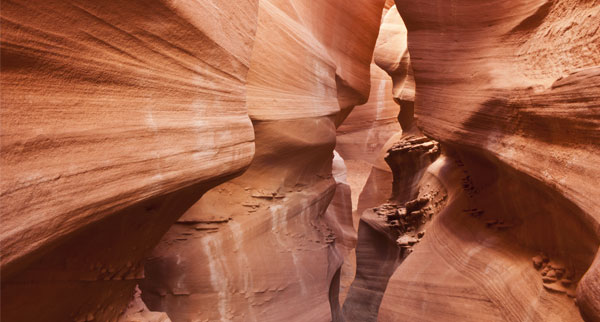 There are slot canyons all over southern Utah, but Peek-a-boo is both easily accessible and filled with geological oddities such as the tiny, white star-shaped marks you’ll see on the canyon’s walls, formed from fossilised chunks of seaweed. They’re a reminder that this sandy canyon was once deep below the Pacific Ocean, before being pushed up from the seabed over millions of years. It’s a canyon best explored on a guided tour – even the lightest rainfall can dramatically increase the risk of flash foods, and a decent guide will point out easily-missed gems. Those range from tiger-striped lizards to moqui holes, the step-like indentations in the rock made by Native Americans to allow for easier access to nooks used to store food.

One of Utah’s top archaeological gems, the River House Ruin, is near the banks of the San Juan River, a short drive from the small town of Bluff in San Juan county. The site is dotted with reminders of its past, whether it’s petroglyphs depicting rather well-endowed animals or deep grooves worn into patches of rock by the wagons that once rolled through this landscape. But the most famous site is the River House Ruin itself – an ancient pueblo dwelling built into a nook in a cliff. It’s believed the structure, made up of several clearly-defined rooms, was inhabited by Ancestral Puebloans between 900 and the late 1200s.

Book it: A guided half-day 4×4 River House Ruin excursion costs $109 per adult or $89 for under-15s.
riversandruins.com 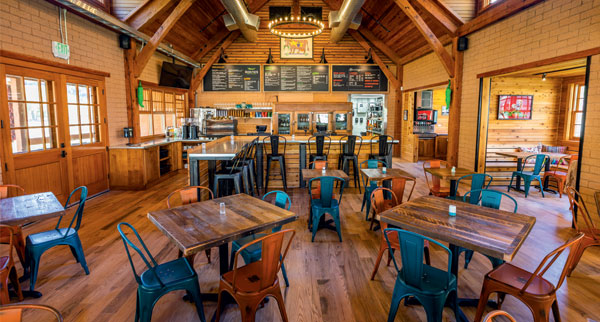 Dine out in Springdale

A beautiful and rather well-off town on the edge of Zion National Park, Springdale has wide-ranging appeal as a popular base for those venturing into Zion, and as a magnet for foodies. Springdale’s top places to eat include Rosita’s, a Mexican restaurant founded by Paul Allen, the Microsoft co-founder who died in late 2018; and the King’s Landing Bistro, founded by Thomas King, previously executive chef at Le Cirque in Las Vegas’s Bellagio hotel. The town’s highlights include the OC Tanner Amphitheater, an open-air venue with a backdrop of Zion’s rust-red cliffs,  and its downtown area, packed with independent boutiques, restaurants and bars.

“Utah is perfect for adventurous clients who love the outdoors. Its national parks are home to stunning desert landscapes, sculpted sandstone formations, waterfalls and hanging gardens. As well as the state’s famous sights, clients should be reminded that there are plenty of lesser-known but just as spectacular state parks, such as such as Goosenecks State Park and Snow Canyon State Park.”
Andrew Turner, head of trade sales, Intrepid Travel

Get ideas for easy, pre-planned itineraries and download a detailed Utah Travel Guide at visitutah.com