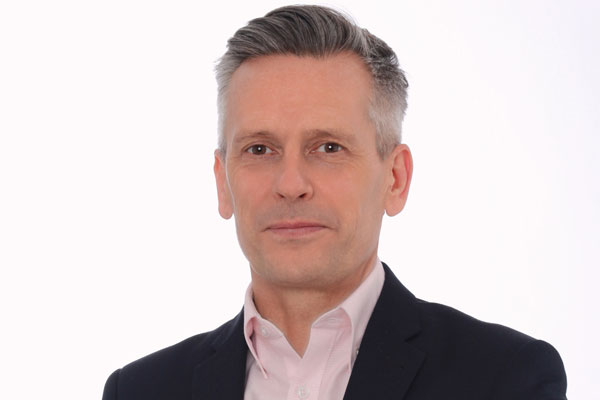 Jeremy Skidmore argues that the travel industry should proudly defend its work and leave big decisions on climate change to governments.

“Climate change is about celebrities travelling around the world on private jets to lecture the man in the street about boiling the kettle.”

Unfortunately, not my joke, but one attributed to comedian Frankie Boyle.

You can’t help feeling there’s a whiff of truth to the gag when you see the world’s rich and famous arriving in Sicily for a Google conference about climate change this week, via 114 private jets and a flotilla of super yachts.

Meanwhile, the travel industry’s stance on the thorny issue of climate care is currently the subject of debate.

Initiatives such as improved recycling and cutting back on plastics are to be applauded.

And easyJet has grabbed headlines by predicting its short-haul flights could be run by battery powered aircraft by 2030 following its partnership with a US start-up company.

But generally speaking, discussions about the big issue of flying can make us squirm.

Most of us in the industry have spent a relatively vast amount of time flying throughout our working lives, compared to people in boring jobs.  Much of it has not been strictly necessary. We’re also involved in businesses that encourage people to fly.

We’re polluters and we encourage others to pollute; we’re the activists’ pariahs.

Digital Drums chief executive Steve Dunne has argued in a recent Travel Weekly column that the industry must act as one on climate care, to save our reputation before it’s too late. I always look out for Steve’s columns and find myself nodding with agreement on many of his points.

On this, though, we differ.

I think we need to turn the argument on its head.

When it comes to the big decisions that make a real difference over the next few years, it’s not the job of tour operators or airlines to act on climate change.

Governments have to provide the conditions for change, without penalising those who can least afford it. This might, for example, include incentivising manufacturers to continually invest in more fuel-efficient aircraft.

The travel industry’s job is to encourage people to travel. It should not apologise for that but instead robustly defend its business and the right of everyone to take a well-deserved holiday.

‘Poor will suffer the most’

Why on earth should anyone feel guilty about jetting off to Spain when they see the rich and famous getting on and off flights, at the drop of a hat? Joe or Joanne Bloggs are not the problem here.

The difficulty I have with actions and suggestions for easing climate change is that they all seem to hit those who just want to enjoy a holiday without being made to feel like they’re personally responsible for melting the polar ice caps.

Extinction Rebellion’s reported plans to cause disruption at Heathrow by flying drones in autumn will inconvenience rich people, but they’ll just get the next available flight; the less well-off will lose their holidays.

Meanwhile, Responsible Travel has some laudable campaigns to reduce plastic waste and prevent animals from being used as entertainment, but its call for a new global tax on aviation will penalise ordinary families.

But those paying for better seats can afford the raise without batting an eyelid; families in economy often cannot.

As co-founder Justin Francis says in a blog on his website: “We are proposing an idea that would put the cost of all flying up sufficiently to reduce demand for holidays (and premium seats rise most)”.

Over in Sweden, the flygskam or flight shame movement, pushing people to ditch flights and take the train, has gathered momentum following a 2017 report by the country’s environmental protection agency that concluded its aviation sector was responsible for five times more emissions per person than the global average.

Schoolgirl activist Greta Thunberg has become the poster girl for climate action after her refusal to fly.

Ah, but what a fanciful, romantic notion it is that people in the UK should now holiday by train.

Leaving aside the fact that I’ve never seen a celebrity on Network South East, our trains are often overpriced, crowded to the point where people are sitting in corridors, and with little or no room for holiday luggage.

And when you’re young, travelling for days throughout the UK and Europe with nothing more than a small rucksack, can be a voyage of discovery that is both hugely exciting and educational. When you have babies, toddlers and numerous bags in tow, not so much.

So, I urge the travel industry to resist the wave of pressure, often from people who never have to turn right on an aircraft, let alone find an alternative method of transport.

Instead, the industry should be proud and bullish about the work that it does to make travel near and far available to the many, not just the few.  Travel broadens the mind, you know.

So what if the industry gets a bit of stick when 600 people go to a travel conference 6,000 miles away?

At least if it’s unapologetic it can’t get accused of hypocrisy – unlike Barack Obama, Leonardo DiCaprio and their chums chatting about climate change this week.