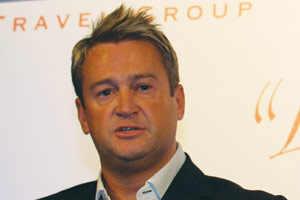 Travel agency consortium Elite is no longer focusing on increasing membership but will concentrate on improving services for its existing 87 members.

Speaking after Elite’s annual conference on Royal Caribbean International’s Independence of the Seas last week, chairman Wayne Darrock said Elite was “not out there chasing members”.

Elite had set a target of 150 members, but Darrock said the focus has shifted since a  partnership with Advantage was agreed 18 months ago.

“Increasing membership is not something I have ever talked about. We have a £130 million turnover and we should be working smarter. We should use that level of turnover to make sure we are maximising it by driving sales to the people who support us.

“We have great relationships with other consortia and it’s moved away from chasing each other’s members. If membership grows then great, but we are not chasing it.”

One new service launched for members is Elite Tracker, which allows agents to see how the group is performing in terms of targets and override payments.

Elite has just made its first Tracker payments of about £5,000 to members, and Darrock said he expected the amount to double next year as more members use it.

Next month will also see the launch of Elite Trends, a monthly report sent to every member detailing how the group is performing in terms of destinations, passenger numbers and tour operator partner sales.

Darrock said he was pleased with Elite’s partnership with Advantage, which he described as being like the UK government’s coalition, allowing Elite to remain independent.