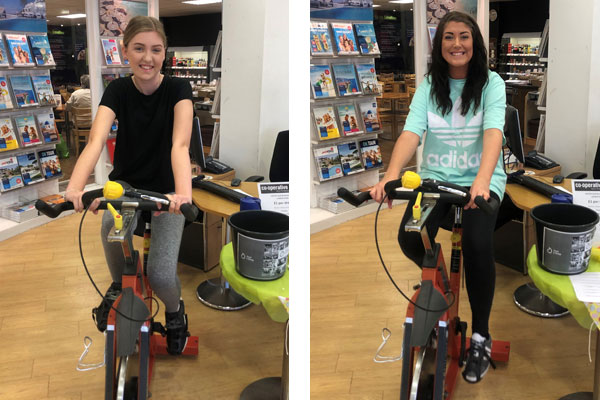 Co-operative Travel has raised £8,754 for the Just a Drop project to build a water tank at Kiliku School in Kenya.

The travel retail division of Midcounties Co-operative has a network of 58 stores and raised money via a series of initiatives including silent auctions, cylcle-athons, cake sales and coffee mornings in its branches.

As part of the fundraising efforts, Co-operative Travel’s head office team organised two silent auctions in July 2018 and April 2019, which raised a combined total of over £3,500 for the project. Auction prizes included flights with Thomas Cook, a crate of prosecco, a cruise for two onboard MSC’s Bellissima ship, a luxury Co-operative Food hamper and a Fortnum & Mason afternoon tea for two.

Natalie Turner, head of branches for Co-operative Travel said: “As a co-operative, making a difference to the local communities, both at home and in the countries that we send our holidaymakers to, is really important, and being able to see what a positive impact our fundraising efforts have has on a school community in Kenya makes us extremely proud.”

Co-operative Travel began raising money for the Just a Drop project in March 2018 and the building of the water tank was completed at the end of July 2019.