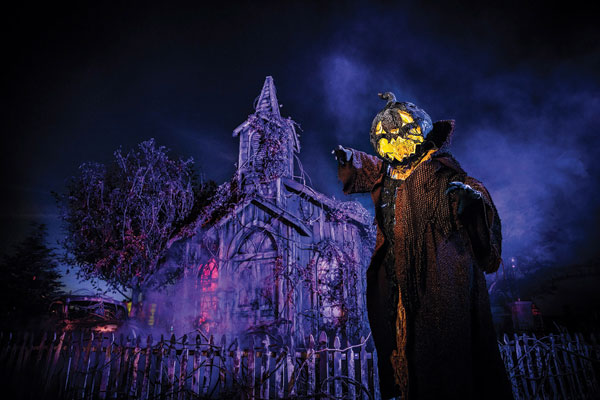 There is something irresistible about feeling scared. Not just the slight shiver when you’re home alone and hear a floorboard creak, or the fleeting panic that a monster could be lurking within your cupboard, but the spine-tingling, blood-curdling and frankly exhilarating feeling of jumping out of your skin.

The sense of sheer fright isn’t just irresistible, it’s healing. A hair-raising shriek is nearly always followed by a laugh; just picture the last time you howled with fear while watching a scary film or wailed when you spotted a spider in the bath. That’s why a trip to Universal Orlando’s Halloween Horror Nights felt like the best therapy I’d ever had.

The terrifying Halloween extravaganza takes place at the resort every year between September and November and puts all other Halloween parties you’ve ever attended to shame. This year, the season is from September 6 to November 2, running an average of five nights a week, and like last year, will haunt visitors with a kitsch ‘80s theme.

While the resort’s main highlights – the electrifying rides, The Wizarding World of Harry Potter and the thrill‑filled Volcano Bay water park – are open as usual, the Halloween period adds an extra dimension to an Orlando trip, plus the shoulder season is less busy than the summer even though the weather is still fantastic. 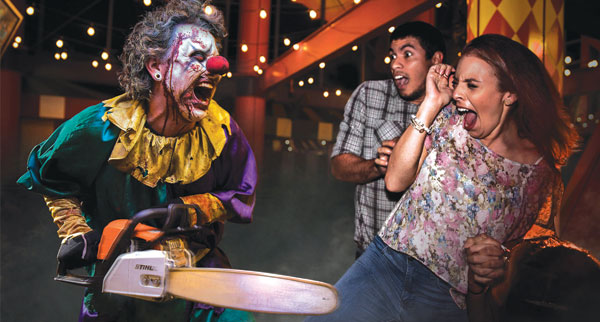 During the event, the park is transformed into a horror zone that’s so expertly fearsome it feels like you’re starring in your very own horror movie. The creative brains behind it construct 10 incredibly realistic haunted houses based on well-known horror franchises or on haunting creations they dream up themselves.

No maze is ever repeated, so each year’s version of Halloween Horror Nights is the only chance your clients will have to experience that unique brand of horror, and they’ll need at least two nights to enjoy every maze.

As well as exploring each haunted house, they’ll also be entertained by hundreds of scare actors employed for the sole purpose of terrifying visitors. And there are five themed scare zones which are impossible to walk through without being shocked by a conglomeration of awaiting costumed creatures.

In addition, there’s also live entertainment, and many of the rides still function just in case you feel like punctuating the mazes with a rollicking rollercoaster.

Plunging in at the deep end, my first maze was Halloween 4: The Return of Michael Myers, which had me leaping onto a stranger for comfort after the shock of seeing what seemed like hundreds of real-life, knife‑wielding masked Michael Myers.

I went to all 10 of the haunted houses and each scare zone during my visit in 2018, and each time, I vowed to be braver. But eventually, I gave in to the exhilaration of fear, accepted I would lose my voice from screaming, and enjoyed the primal, visceral feeling of terror.

Cuddling a stranger was, unfortunately, not a one‑off incident. I found myself embracing countless other fear-seekers as I battled my way through the realistic Freeling house from Steven Spielberg film Poltergeist, encountered the Demogorgon from Stranger Things – the Netflix show about teenagers battling supernatural forces – and learnt just how frightening sudden flashes of light can be in the original attraction, Dead Exposure: Patient Zero.

Even if your clients aren’t horror film fanatics, they’ll soon be swept up in the excitement. Bear in mind, though, that these really are intense and heart-thumping scares, so it’s definitely not suitable for children under 13. Even brave adults who wouldn’t baulk at a spider in the bath will find themselves screaming at some point.

After you’ve yelped your way through each maze, you’ll find yourself back in your hotel room, checking the cupboards for monsters, downloading horror films on Netflix and watching them alone in the dark, if only to recreate the uniquely therapeutic sense of terror you can only experience at Halloween Horror Nights. 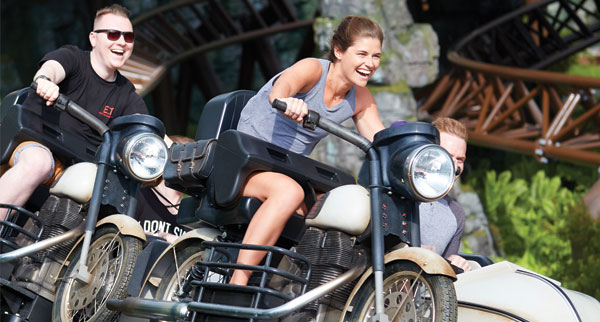 Three things not to miss

Accommodation: Stylish, funky and modern, Universal’s 600-room Aventura Hotel is an affordable choice within easy reach of CityWalk and all three parks.

Food: Guests can enjoy more than 20 dining options at CityWalk, including the Cowfish Sushi Burger Bar, which offers a wide range of burgers and sushi rolls. 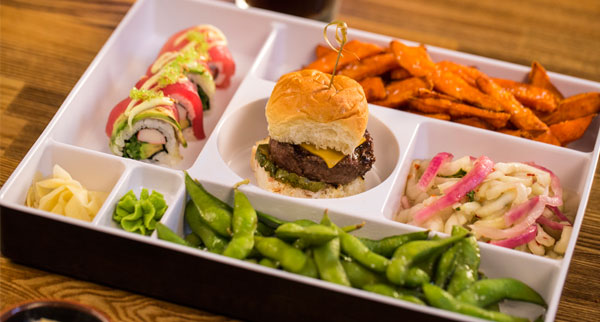 Seven of the 10 mazes for 2019 have already been announced.

This year’s version of the Stranger Things house will take visitors into the heart of the show’s second and third seasons.

There’s also a Ghostbusters maze based on the 1984 comedy, as well as a haunted house themed on the 1988 film Killer Klowns from Outer Space – not one for those with coulrophobia, or fear of clowns.

Original concepts include Yeti: Terror of the Yukon, in which visitors will journey through a Canadian forest while fighting off yetis; and Classic Monsters, where guests will be confronted with old-school movie monsters such as Dracula and Frankenstein.

Do Something Different offers a Halloween Horror Nights Frequent Fear Plus Pass, valid from September 6 to November 2, from £120 per person. A Universal Orlando Three Park Explorer Ticket costs from £304.
dosomethingdifferent.com

Universal’s Aventura Hotel has Standard Rooms from $120 per night, based on a four-night stay, with a Kids’ Suite from $220.
universalorlando.com

Virgin Atlantic flies to Orlando from Gatwick, Glasgow, Manchester and Belfast, with return fares from £300.
vsflyinghub.com