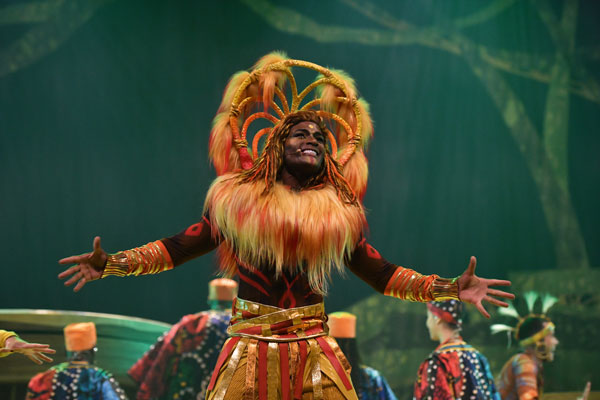 The Lion King is at the heart of a new jungle festival taking over Disneyland Paris this summer. Benjamin Coren reports.

Filing in to the recently renovated Frontierland Theatre at Disneyland Paris, there was a buzz among guests about to be the first to see new show The Lion King: Rhythms of the Pride Lands.

Singers, dancers and acrobats took to the stage with inventive routines and colourful costumes, all set to a selection of music from the film and the West End show, including Circle of Life, Hakuna Matata, He Lives in You and I Just Can’t Wait to be King.

I’ve got fond memories of the original 1994 film – although some clients might be more taken by the remake, which came out in cinemas this summer – and enjoyed a hit of nostalgia at this adaptation of the stage musical which, despite its 30-minute runtime, never felt rushed. 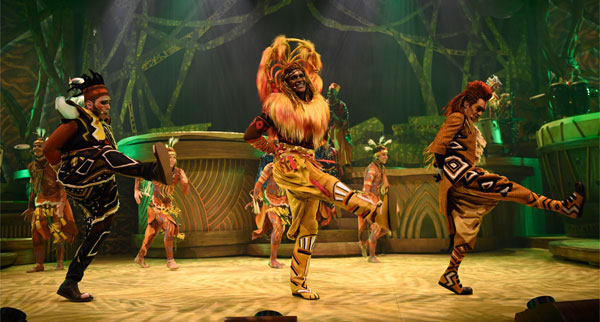 With Tim Rice and Elton John’s music impressively reimagined, and the high-flying acrobatics and dancing well realised, it stood out as one of the best shows I have seen at a theme park.

I suspect the standing ovation we gave at the end of the performance has been replicated by audiences after every performance this season – and it’s well-deserved.

Show director Christophe Leclercq says: “The Lion King: Rhythms of the Pride Lands is really based on the rhythmic aspect. With composer Steve Sidwell, we wanted to put African traditions in the spotlight, while bringing a touch of modernity through new rhythms and new tempos, but always with the utmost respect. We also have four live percussionists on stage, who add an extra dimension to the music.”

The show, which runs daily and is also performed in sign language every weekend, is part of The Lion King & Jungle Festival summer season, alongside the new Jungle Book Jive Parade and plenty of other Lion King experiences, set to run until September 22. 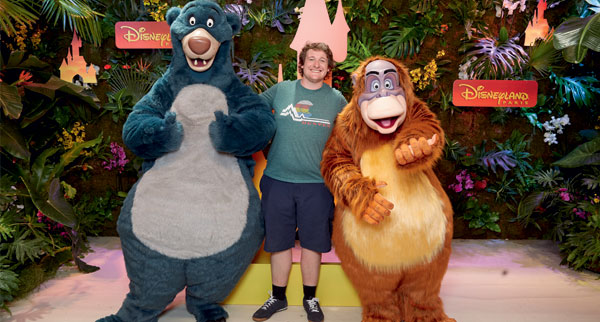 Visitors will want to find a good position on the Main Street USA parade route for Jungle Book Jive, which proceeds along the central plaza in front of Sleeping Beauty Castle. They’ll meet stars of The Jungle Book, including Baloo and King Louie, along with classic Disney characters such as Mickey, Minnie, Donald Duck and Goofy. The colourful display also features Indian dancing and music, and a colourful powder paint finale, reminiscent of the Hindu festivalof Holi.

Farida Chakouki, producer of The Lion King & Jungle Festival, says: “Jungle Book Jive is a colourful and unique journey of discovery in the Indian jungle. It is a grandiose musical show that revives the rhythm of the jungle in a totally new way. We want to immerse our visitors in a celebration of India and The Jungle Book.” 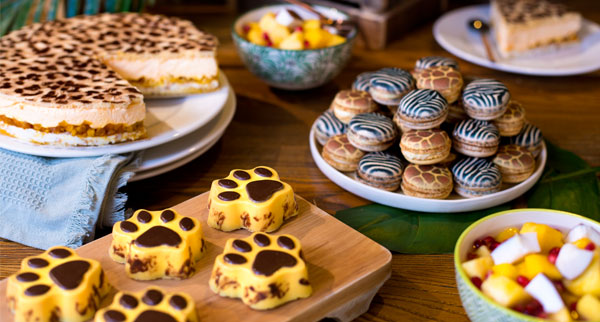 Additionally, there are plenty of roaming experiences around the park, as part of the festival. Timon and Pumbaa, the warthog and meerkat duo from The Lion King, can be found with their own dance troupe in Adventureland, where guests can learn and join in with new routine Timon’s MataDance.

Outside the Frontierland theatre, the new Djembe Joy village, which is open daily until 2pm, offers an interactive experience. Visitors get the chance to learn musical instruments and meet more of the Jungle Festival characters.

Disneyland Paris is also offering a Lion King signature experience as part of the celebrations. The Pride Lands Experience, which can be added to stays until September 20, includes a premium seat for The Lion King show, an interactive music session, private meet-and-greet with Minnie Mouse, a character lunch with Rafiki and Mickey at the Hakuna Matata restaurant, a Lion King souvenir mug, a €15 gift card and a surprise message from Simba.

Aside from the Jungle Festival experiences, there is plenty going on at Disneyland Paris. Guests enjoy access to both Disneyland Park and Walt Disney Studios next door.

In Disneyland Park, Phantom Manor recently underwent a renovation to update the entrance areas to the ride, as has Space Mountain, which features a Star Wars theme.

Work is under way at Walt Disney Studios on a Marvel Avengers-themed area. Details are thin on the ground, but Disney has said guests will be able to ‘suit up’ alongside Spider-Man. A new attraction, offering riders the chance  to team up with Iron Man and their favourite Avengers on a ‘hyper-kinetic adventure’, is also set to join the park’s roster. 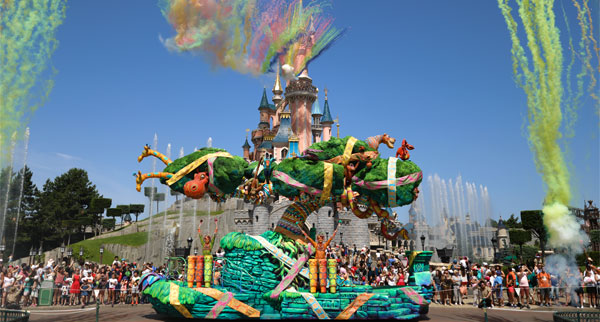 • Big Thunder Mountain: Take a thrilling spin on the runaway mine train. The family-friendly rollercoaster features both indoor and outdoor sections.

• Ratatouille: The Adventure: This indoor ride shrinks guests to the size of a rat as they zip about the kitchen avoiding the chefs. The ride mixes 3D and physical effects to create an experience that’s different each time you ride.

• Crush’s Coaster: Grab some shell and twist and turn along the east Australian current on this Finding Nemo-themed rollercoaster, combining the characters from the film with a journey on a spinning turtle shell.

• Star Tours: No two rides are the same on this 3D Star Warsthemed simulator. Guests are taken on a journey to a galaxy far far away, where they will encounter the films’ heroes and villains. 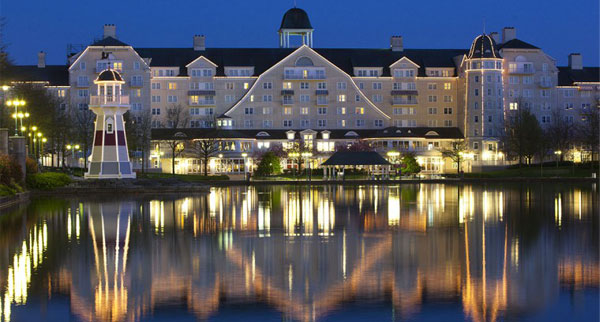 Disney’s Newport Bay Club Hotel is modelled on a New England yacht club and has a nautical theme throughout. Within the Disneyland Paris resort complex, it’s a 15-minute walk or short shuttle ride from the park gates. Facilities include two restaurants, a swimming pool, sauna and steam bath, and a fitness centre. Suite guests have unlimited access to Fastpass lanes, while Compass Club Room guests get one additional Fastpass per day.

Eurostar operates a daily direct service between Disneyland Paris and St Pancras International during school holidays (outside school holidays, it runs daily except Tuesdays and Saturdays). One-way fares start at £38 for adults and £27 for children aged between four and 11; under-fours travel free. The journey from London takes two hours and 47 minutes.