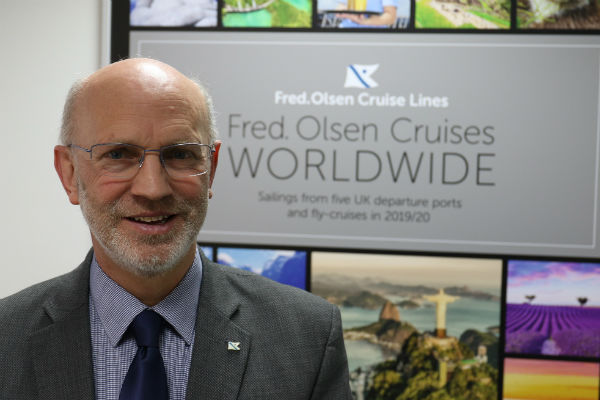 The Suffolk-based line has operated five ocean cruise ships in its history – but none of them have been new and each one has been bought from other lines and revamped.

However, no timeline for when it will happen has been confirmed.

Rodwell (pictured), who will retire from the line on August 31 after 30 years with the business, regrets not having overseen a new ship build during his tenure.

Rodwell said: “One of my disappointments is that we are not further along with the new-build programme.

“We have not got any commitments with the board, but we are advanced with our thinking.”

Asked if commercial director Deer would oversee any new-build projects, Rodwell said: “He will manage it.”

He added that the “conditions were right” within the business and the line’s holding company Bonheur was less focused on the renewable energy businesses which it owns than it was previously.

However, he warned that a post-Brexit Europe may hinder the plans.

“It might not be viable after Brexit as we would need to pay for it to be built in Euros,” he said.

Commenting on his successor, Rodwell said Deer was “head and shoulders” above any other candidate.

“I do not think that Peter needs too much advice,” he said. “We have worked very closely over the last 15 years. He is very good.

“It is a great business to work in and he has got a great team behind him.”