Canada has some of the best whale watching in the world, but when and where should you go? Nikki Bayley finds out.

Like a magic show, it’s the puff of smoke that tells you something exciting is about to happen. You scan the horizon looking for that telltale plume that means a whale will soon surface, slapping its tail and sometimes even breeching high out of the water in a thrilling gymnastic display.

Bordered by the Pacific, Atlantic and Arctic oceans, Canada’s waters are a playground for cetaceans of all stripes, from the beluga whales of Churchill, Manitoba, and the orcas in British Columbia’s Pacific, to the humpbacks and blue whales of Quebec’s Saguenay Fjord, and even the unicorn-like narwhals in the Arctic. 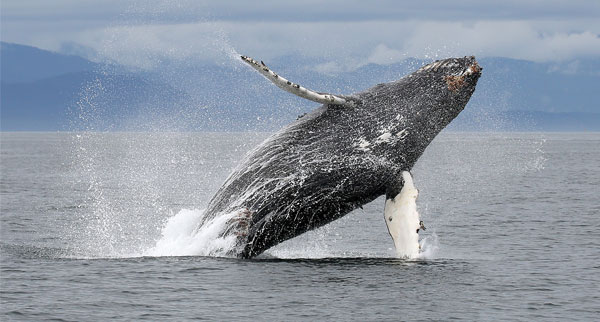 British Columbia offers Canada’s longest whale-watching season. Pacific gray whales arrive in late February as they migrate from the Bering Sea to the Baja Peninsula along the west coast of Vancouver Island. Some 200 of these stay and feed along the coast through till September; the best places to see them are Ucluelet, Tofino and Sooke.

From May to October, pods of resident and transient orcas (killer whales) swim through the Strait of Georgia while, also from spring to autumn, less frequently spotted minke whales swim and feed in the Haro Strait between Vancouver Island and the Gulf Islands.

Tourists can hop on a whale‑watching tour from downtown Vancouver, but those heading over to Vancouver Island can take a tour that involves less travel time in a boat from Victoria.

In Newfoundland the season starts in May and runs through to September, and if clients head there between mid-June and July, it’s possible to combine watching two natural wonders – whales and icebergs – on the same trip.

Whale watching in New Brunswick runs from May to October, with plenty of sightings of fin, minke, humpback and sei whales, while the elusive North Atlantic right whale can sometimes be seen in the Bay of Fundy.

Over on the Nova Scotia side of the bay, there are just as many whale-spotting opportunities, plus you can tick off another natural marvel – witnessing the highest tides in the world, as 160 billion tonnes of seawater flow in and out of the bay twice a day.

In Cape Breton, the most common whales to see are the massive blue, along with fin, minke, pilot, humpback and sei. Pair whale watching with exploring the Cabot Trail to see the best of both land and water. 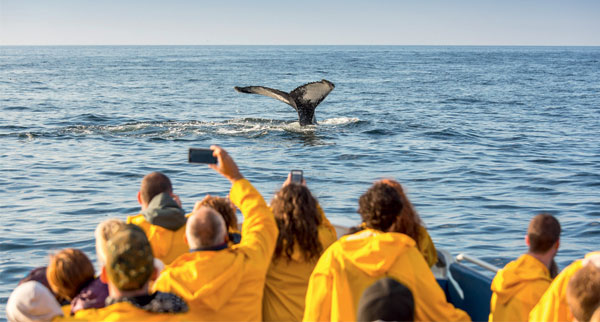 Head to the small town of Tadoussac in Quebec, the epicentre of whale watching in the province. This is where you can see up to 13 species of whale including beluga, minke, humpback, fin and blue, feasting on the plankton that naturally occurs here, where the freshwater Saguenay River meets the saltwater Saint Lawrence.

Although you can see whales from May until November, the peak season is late June to early September, when viewings are plentiful.

It’s worth adding extra time here to visit the Marine Mammal Interpretation Centre, with its informative on-site biologists, videos, sound recordings of whale song and kid‑friendly games, plus a 12-metre skeleton of a sperm whale. 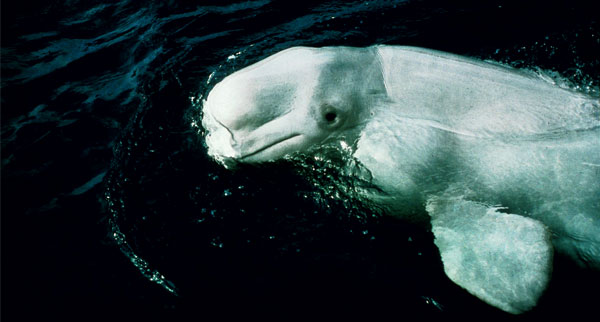 Although you can see belugas elsewhere in Canada, there’s nowhere in the world quite like Churchill, Manitoba. It may be known as the polar bear capital of the world but it could easily be the beluga capital too.

The western coastline of Hudson Bay is home to some 57,000 belugas every summer between mid-June and mid-September. The whales here are so plentiful you can see them, gleaming white with their gun metal-grey calves, from the shoreline.

Although swimming and snorkelling with the whales is now outlawed, the Species at Risk Act takes into account the narrow Churchill and Seal River estuaries and allows a 50‑metre minimum approach rather than the 100‑metre rule for elsewhere in Canada.

However, as the regulations are to prevent humans approaching whales, not the other way around, curious belugas will eagerly approach idle boats, kayakers, paddleboarders or aqua-gliders to provide the ultimate sighting.

Canada’s new Species at Risk Act provides for the legal protection of wildlife species and the conservation of their biological diversity, which means clients should keep a few basic rules in mind when it comes to whales.

• Feed, swim, dive or interact with them

• Touch or disturb an animal, even if it comes up to a wharf or the shoreline

• Move, encircle or entice them to move

• Change direction quickly or park a boat in their path

• Separate an animal from its group, get between a whale and its calf, or trap a marine mammal between a vessel and the shore or other vessels 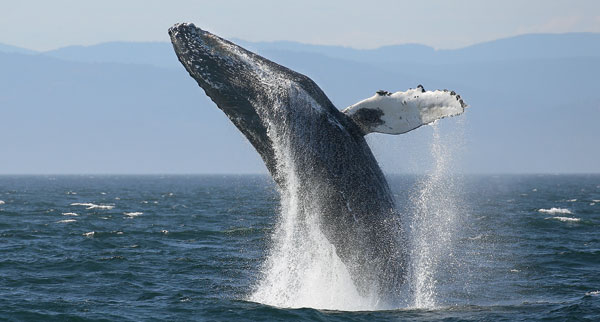 “The law regarding whale-watching tours has changed due to concerns that the whale population should be protected, as vessels getting too close not only disturb but can seriously injure them too. All operators we work with abide by the new requirements and snorkelling with beluga whales, which used to be available in the Hudson Bay, is no longer allowed. The law changes haven’t had any effect on our bookings and there are exceptional opportunities to see whales in a variety of areas including the Atlantic Provinces, Quebec, Manitoba and British Columbia. Canada offers some of the best whale-watching excursions in the world.”

Canadian Affair offers a week-long Belugas, Bears and Blooms holiday around Churchill. It includes a three-hour boat tour of the Churchill River to spot migrating beluga whales in July or August, plus flights to Toronto, internal flights to Winnipeg and from Churchill, six nights’ hotel accommodation and a boat tour of Prince of Wales fort and the surrounding area. Prices start at £4,046.
canadianaffair.com