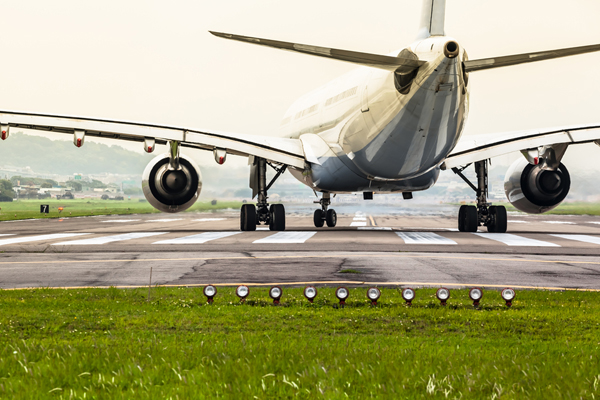 Poor complaint handling by airlines and airports and a lack of communication and information when flights are delayed are highlighted among passenger concerns in a new poll released today (Tuesday).

The lack of accessibility for passengers with reduced mobility and difficulty comparing costs between carriers were among other complaints.

The consumer research by the UK aviation regulator shows a drop in the national average satisfaction rate for air travel to 81% from 90% in 2016 and from 82% last autumn.

However, travellers are becoming more aware of environmental effect of flying and a willingness to pay more to reduce that impact.

The Civil Aviation Authority poll of 3,500 people found that:

Passengers from Northern Ireland were least content overall, with only 67% satisfied with their journey.

Travellers from the south-west were also less satisfied than the national average, with a 76% rating.

Those from the north-east of England were most likely to be satisfied with their overall travel experience, at 90%.

Other regions to score well in the survey include Yorkshire and Humber, and the East Midlands, with 85% of recent air passengers from each region expressing satisfaction with their flying experience.

CAA policy director Tim Johnson said: “Our research helps us to understand people’s views of flying, allowing us to target our work to make aviation better.

“The numbers show a positive story overall, but it is important for the industry to continue to work to improve areas where consumers are less happy, including complaint handling, transparency and provision for those who benefit from more support.

“These are particular areas where we support the government’s proposals in its Aviation 2050 strategy to make improvements for consumers.

“The research also revealed that an increasing proportion of consumers are aware of and are considering the environmental impact of flying.

“This will be an important issue for passengers, the government and the industry to consider in the context of the UK’s commitment to net zero carbon by 2050.”

Tim Alderslade, chief executive of Airlines UK, the industry association that represents 13 UK carriers, said: “Delivering for the consumer is at the heart of an airline business, and as the latest CAA tracker shows, in the vast majority of cases passengers have an enjoyable travelling experience.

“More people are choosing to fly than ever before, and airlines are committed to consistently improving their offering whilst reducing their environmental impact.

“Aviation is unique in having a global commitment to cut net carbon emissions by 50% by 2050, and airlines are investing heavily in more efficient aircraft and new technologies like sustainable aviation fuels to deliver this ambition.

“Aviation is a highly competitive industry and as the government publishes a new aviation strategy later this year, airlines look forward to working with ministers to create a strategy that helps them continue to deliver more choice, great value for money and excellent customer service.”