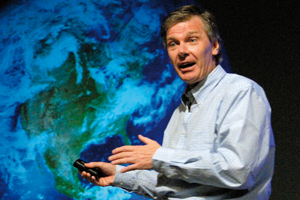 In a statement Tui said Blastland “having been with the Group 22 years has, most recently, led the very successful integration of the Thomson and First Choice businesses in the UK and re-shaped the business in Ireland.

“He will step down from his role as managing director, TUI UK & Ireland and hand over direct line responsibility to Johan at the end of this financial year.

“Johan’s appointment as managing director, Northern Region, has reflected the importance Tui Travel places in management succession planning and he has been increasingly working closely with the UK and Ireland business and management team as part of this planned succession.”

Lundgren was appointed managing director with overall responsibility for Tui UK & Ireland, Tui Nordic & Canada in December 2007 and Dermot has reported directly into Johan since that date.

Blastland will remain with the Tui group working directly with Peter Long, chief executive and Lundgren to lead the group’s sustainable development initiatives.

Long said: “During his 22 years with the Group Dermot has held many senior roles of increasing importance.  At all times he has brought to us his valuable blend of industry experience, business insights, leadership of colleagues and unique personality.

“I very much enjoy working with and value Dermot as a colleague and am delighted that he will continue to be part of the business as group sustainable development director from October.

“Johan has been with the Group for seven years within which time he has built our very profitable Nordic business with its strong business model and, since his appointment as Northern Region Managing Director, has led our successful strategic change in Canada.

“For almost a year, Johan has been based in the UK working closely with Dermot on the planned management transition.  He will now take direct control of our largest business and I wish him every continuing success in his new enlarged role.”