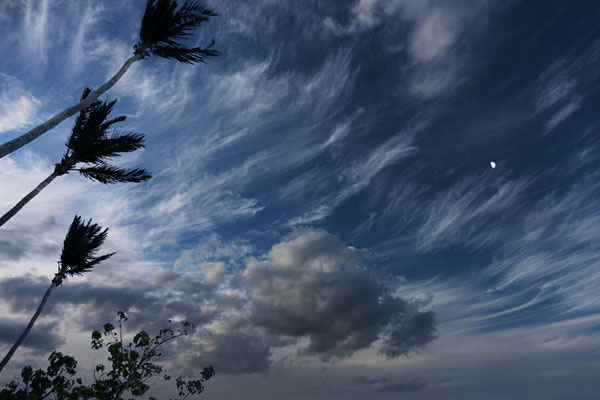 Relief efforts in the Bahamas have been bolstered with millions of dollars in donations from Carnival Corporation and Norwegian Cruise Line Holdings as the number of killed by Hurricane Dorian rose to 20.

The cruise line giants will also help deliver emergency supplies to the 700-island nation crippled by destruction caused by the powerful hurricane.

Meanwhile, MSC Cruises announced today they have sent a delegation to Nassau to identify relief needs and the funding needs of the local population.

The lines have stepped in as Bahamas prime minister Hubert Minnis declared that the island nation was facing “one of the greatest national crises in our country’s history”.

The International Red Cross fears 45% of homes on Grand Bahama and the Abacos – some 13,000 properties – have been severely damaged or destroyed.

Some 60,000 people will need food aid and clean water, according to UN officials.

Corporation chairman Micky Arison and his wife Madeleine are matching the corporation’s commitment with a $1 million donation from the Micky and Madeleine Arison Family Foundation.

The company also announced an effort to collecting and delivering food and supplies donated from residents in Florida to the Bahamas.

NCLH pledged a minimum of $1 million towards immediate short-term relief an relaunched a Hope Starts Here hurricane relief campaign with charity All Hands and Hearts.

It also vowed to match donations dollar-for-dollar to assist with rebuilding efforts across the Bahamas, including debris clean-up and removal, and the delivery of supplies and temporary shelters.

The gestures of support follow Royal Caribbean Cruises pledging more than $1 million to support recovery efforts in the Bahamas in the wake of Hurricane Dorian and an appeal started by the Caribbean Tourism Organisation.

Carnival Corporation chief executive Arnold Donald said: “We are fully committed to supporting the critical relief and recovery efforts already underway for the Bahamas, and we are working closely with officials and affected communities to identify the needs for support and assistance.

“Our company has always been closely tied to the Bahamas with a rich history spanning many years, so it’s heart-breaking to see the impact of Hurricane Dorian, and our thoughts and prayers are with the people of the Bahamas. We have long admired the unyielding spirit of the Bahamian people and have no doubt they will overcome, rebuild and recover, and we look forward to supporting their efforts.”

NCLH president and chief executive Frank Del Rio said: “Our hearts are heavy after witnessing the impact and devastation caused by Hurricane Dorian across the Bahamas.

“We have been cruising to these islands for over 50 years and remain committed to its wonderful people during this unprecedented event.

Through our partnership with All Hands and Hearts, we vow to match all donations collected to support the country’s rebuilding efforts.”

Meanwhile, the Caribbean Hotel and Tourism Association is appealing to its members, travel industry partners, national hotel and tourism associations and all Caribbean tourism interests to support the Bahamas.

Director general and chief executive Frank Comito made the appeal after being briefed by the Bahamas Hotel and Tourism Association and the Bahamas Tourism Ministry on how relief can be best provided as response operations begin and the extent of the damage is assessed.