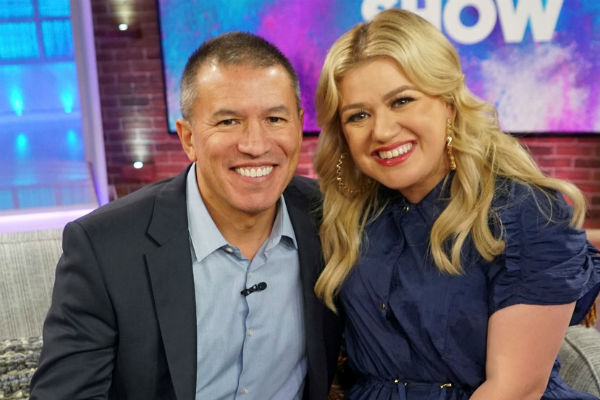 The Grammy award-winner will perform at the christening ceremony of the line’s 17th ship in Miami on November 21.

To celebrate the announcement on her US TV show, Clarkson gifted 20 music teachers with a seven-day cruise to show thanks and importance for music and travel to bring communities together.

Norwegian Encore, which will initially sail from Miami to the Caribbean, features the world’s longest race track at sea at 1,100ft with four high-speed curves extending up to 13 feet over the side of the ship.

The Tony Award-winning musical Kinky Boots will headline the entertainment on board.

NCL president and CEO Andy Stuart said: “We knew we wanted someone who represents our core values.

“Kelly is a role model who is passionate about family and community, as well as music and entertainment. These are our passions too.

“We are honoured to have her join our family of godparents and look forward to celebrating Norwegian Encore’s debut in Miami with her, this November.”

Clarkson added: “I am so honoured to be named the godmother to Norwegian Encore, and to get to be a part of such a special ceremony to christen the new ship in Miami.

“I believe that surrounding yourself with the ones you love and taking time for them is important while having the most amazing and unforgettable vacation, which is what Norwegian Cruise Line stands for and provides for its guests.”