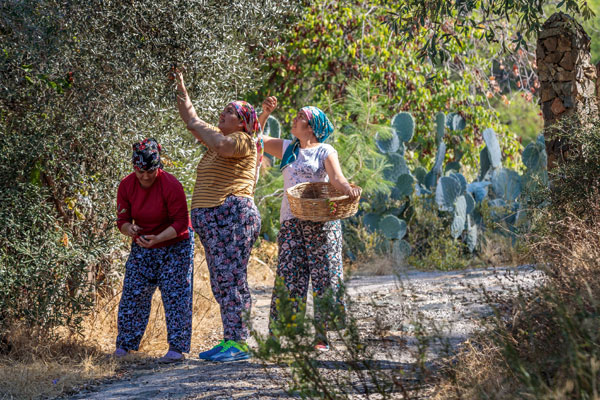 Consumer research for Tui suggests 51% of UK holidaymakers would book more environmentally sustainable holidays if they were more readily available and 71% are prepared to make changes to their lifestyle to benefit the environment.

Tui Group sustainability director Jane Ashton hailed the results of the YouGov survey, saying: “There has been a significant shift. I don’t think we would have seen these figures five or 10 years ago, and I’m pleased it goes hand in hand with high customer satisfaction rates and business benefits.”

She cites the example of a Tui excursion in Crete where holidaymakers visit local food suppliers who are involved in a Tui Care Foundation programme.

“Ten out of 10 customers who go on the excursion say they would recommend it to others. It gets an overall 9.7 out of 10 satisfaction rating. That is an incredible rating.”

The Tui Care Foundation is now working with the Travel Foundation to replicate the Crete project in the Mugla region of Turkey with local producers of olives, olive oil, honey, nuts, pomegranates and other fruits.

Ashton said: “We’re looking for 50 hotels – 10 have already started. It’s symptomatic of the fact that the hotels can see people want local food.”

The excursions are an extension of Tui’s core hotel certification programme, at the heart of which sits the Abta Travelife certification scheme.

Tui set a target of sending 10 million customers a year to sustainability-certified hotels by 2020 and Ashton hopes to hit the target this year. She said: “We sent 9.2 million people to certified hotels in 2018. This year the numbers could reach 10 million.

“It’s exciting to see the cumulative impact. Sustainability has started to become mainstream and goes along with higher customer satisfaction scores.”

She looks back to a Total Impact Measurement and Management (Timm) study, which Tui undertook with business consultancy PwC and the Travel Foundation in 2015, as an important stage on the road.

The Timm study across eight hotels in Cyprus “highlighted that if hotels could buy more local foods, there would be demand [from holidaymakers]”. Ashton said: “The results were much more positive than we anticipated.”

Developing and sourcing local food supplies “has since been one of the focus areas of the Tui Care Foundation and Tui Hotels and Resorts”. Travel Weekly reported in detail on the results of the Timm trial in its issue of July 9, 2015.

Ashton said: “It’s gratifying to see that after integrating this into our strategy, it resonates so well with customers and is part of a wider shift [in society]. We began this process with a focus on carbon. Now we’re doing the same with plastics and food waste, and we’re starting to scope out work to 2030 to align with the UN Sustainable Development Goals.”

The work will involve asking: “What could the world look like in 2030 and what does Tui need to do in light of that? This is something all businesses should be doing. The world will be radically different in 2030 with climate change. The shift in people’s understanding is only going one way.”

* All figures, unless otherwise stated, are from YouGov. Total sample size was 2,093 adults, of whom 1,273 were aged 18-80 and had flown for a holiday in the last two years (holidaymakers). Fieldwork was undertaken on August 13-14, 2019. The survey was carried out online. The figures have been weighted and are representative of all UK adults (aged 18+).

Tui carried out a ‘materiality assessment’ across its operations, suppliers and partners in 2018 to analyse the environmental and social impacts of the group’s activities and inform development of its sustainability strategy from 2020.

Ashton said Tui looked across hundreds of external stakeholders, consulted 2,000 colleagues and found “plastics were uppermost in people’s minds as the thing we should be addressing”.

She said: “Plastics are so visible. If you don’t get this right, everything else you do is undermined.”

Tui set a target to extract 250 million pieces of single-use plastic from operations by the end of 2020 across its airlines, hotels and cruise ships, which it aims to hit by September next year. Ashton said 140 million pieces of plastic had been removed so far, with each manager feeding back “hotel by hotel” and creating “real momentum”.

Hotels, she said, were the largest area for removing plastics, and airlines the most difficult, with weight “an added complexity”. “We look at every line of plastic and work out the most-sustainable replacement,” Ashton said. “In the case of the airline, plastic could be the most-sustainable thing.”

Tui has produced ‘Plastic Reduction Guidelines for Hotels’, explaining how to substitute plastics in every area of a property.

Tui has developed a twin focus on sourcing food locally and cutting food waste in its hotels.

First, the group produced a manual for hotels and cruise ships on how to increase the range of sustainably produced food and drinks, working with industry sustainability organisation Futouris. Second, it developed a tool to measure the amount of waste produced.

Working with Tui Cruises and United against Waste, Tui found it could cut food waste by 17%. A study found 50% of waste was generated by ‘overproduction’ and 18% by food left on plates.

Guidelines on how to reduce waste have gone out to hotels. Meals are now prepared based on occupancy, and buffets stocked with less food. As a result, total food waste at the Tui Blue Sarigerme Park in Turkey was cut by 12% year on year between May 1 and August 25 this year.