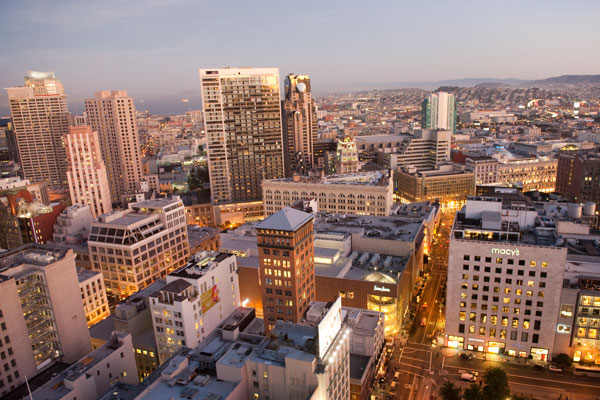 David Whitley picks out his highlights from the City by the Bay.

Why go?
San Francisco’s soul may lie elsewhere, but Union Square is unmistakably its heart. Bars, restaurants and hotels huddle close to each other, but it’s the shopping that people really come for.

What to do
All the big department stores can be found here – including Bloomingdales, Macy’s and Nieman Marcus. There’s also the big Westfield showpiece mall, while top name designers such as Jimmy Choo, Paul Smith and Alexander McQueen spread out along Geary Street.

For those not about to put too much strain on the credit card, the Museum of Ice Cream pulls in big queues of those wanting to learn more about the world’s favourite cold treat.

Union Square is at the centre of several of San Francisco’s most interesting neighbourhoods – from the hubbub of Chinatown and its much-photographed dragon gate to the northeast, to the grandeur of Nob Hill to the northwest, and the still-seedy Tenderloin, which firmly resists gentrification at all costs.

Powell Street is the end point for two of San Francisco’s much-loved cable car routes. These cars, in place since 1873, clank and crank up San Fran’s notoriously steep hills, powered by cables running beneath the street – but good luck getting a seat.

Why go?
It’s shamelessly touristy, sure, but people come to Fisherman’s Wharf for a reason. Most city tours and cruises leave from here – Do Something Different sells several options – and it’s also the departure point for the notorious (and riveting) prison island, Alcatraz.

What to do
The Aquarium of the Bay is found at Pier 39 – although tickets for that are best sold as part of the CityPass ($89), which includes entry to three big-hitter attractions, a bay cruise and three days of public transport.

Pier 39 has plenty of places to eat and shop, too, but its most loveable feature is the honking, grunting, fighting collection of sea lions which turned up on the docks in 1989, then never left. Watching them squabble is superlative entertainment.

Why go?
Further along the waterfront, the Embarcadero is home to several piers, many of which have been repurposed into impressive-looking restaurants and bayside bars.

What to do
The primary highlight here is the Exploratorium , an absolutely gigantic interactive museum that changes ideas about what a science museum can be. In-house workshops make some of the physics exhibits, while labs look after live fish and fungi in the biology sections. Best of all, though, is the first section, which brims with thought-provoking games exploring human psychology.

A little further round is the Ferry Building, which elsewhere would be a humdrum, functional transport hub. Here, it has been filled with food and drink specialists, whether oyster bar, Argentinian empanada stall, cheese shop, wine bar or luxury chocolatier. Expect to wander around drooling. 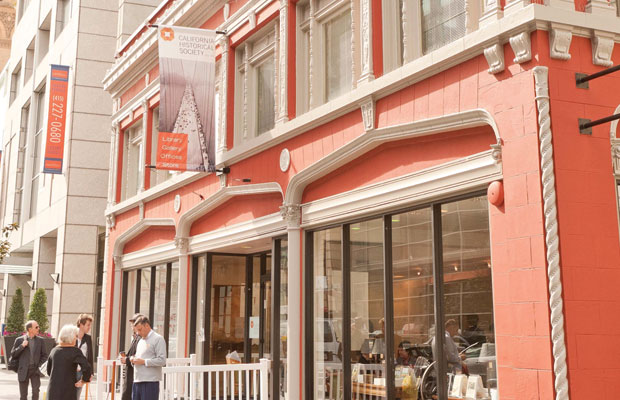 Why go?
SoMa – South of Market Street if we’re being formal – is an odd mix that puts high culture side-by-side with an edgier, hipster vibe.

What to do
The Yerba Buena end abutting Union Square is all about the culture, packing in several high-quality museums. These include the Museum of the African Diaspora, the California Historical Society and the fabulously inventive Children’s Creativity Museum. There’s also some top-drawer dining to be had around here.

Head southwest and things become patchier, as what was clearly once a blue-collar, industrial neighbourhood undergoes a steady transformation. Several of the city’s top nightlife spots can be found along 11th Street, and former garages have been taken over by hip bars, music venues and urban wineries, such as Tank 18 on Howard Street.

Why go?
This was where the Summer of Love kicked off in 1967 and it still feels like it wants to be there. Haight Street is full of shops selling psychedelic clothing, Himalayan accessories, legalised cannabis, and anarchist books. Whether this comes across as delightful authenticity or slightly sad pastiche is a matter of opinion.

What to do
One thing that’s indisputable, however, is the gorgeousness of the buildings. Beautifully painted wooden homes with jutting bay windows are the norm here – with the ‘Painted Ladies’ at the bottom of Alamo Square Park being a camera magnet.

At the western end of Haight-Ashbury is the giant Golden Gate Park, San Francisco’s impressively-sculpted green lung, which is home to boating lakes, a Japanese Garden and the dino-tastic California Academy of Sciences.

Why go?
The Mission is a neighbourhood that buzzes to a Latin American rhythm, and it’s where to come if you want superb Mexican food at bargain prices. There’s also a lot of spirit to the area – it’s all small, independently-owned businesses rather than big chains.

What to do
Much of that spirit is on display in the murals, which are plastered across buildings all over the Mission. Balmy Alley is home to the single biggest concentration – some political, some whimsical. Urban Adventures runs a £70, two-and-a-half hour Flavors and Murals of the Mission walking tour that takes in some of the most impressive art, and tastiest feeds.

Don’t miss Dolores Park, one of San Francisco’s great hang-outs. Turn up on a sunny weekend day, and it’ll be packed with people playing football, munching picnics, throwing frisbees and taking in the rather spectacular city panoramas.

Why go?
Among lush parkland is a series of red-brick buildings that look rather out of place for San Francisco. They were once military barracks – and the army presence in the area dates back to the Spanish in 1776. But one by one, they’re being turned into prestige offices (the Lucasfilm HQ is here), museums and hotels.

What to do
If picking just one attraction to visit, make it the Walt Disney Family Museum. This focuses on the master animator’s life and empire building, and is packed with quirky little details such as that Mickey Mouse only came into being because Disney got stiffed for the rights over a previous rabbit character.

Overall, though, the Presidio’s vibe is of calm, relaxed, somewhat out-of-place stateliness – and many of the best Golden Gate views can be found around the edges.

Why go?
Technically in Marin County, rather than the city itself, but with a stupendous location on the Bay, Sausalito is famed for its houseboats and, for music lovers, being where Otis Redding wrote Sittin’ On The Dock Of The Bay.

What to do
It’s a marvellous place to mooch amongst the shops and cafes, but is also the launch point for seaplane tours that take in the Golden Gate Bridge, Alcatraz and the Bay Area. Viator sells them for £147.

The best way of getting to Sausalito, though, is by bike. Blazing Saddles rents bikes for from $8 an hour at Fisherman’s Wharf, with a fairly flat eight-mile run to Sausalito going over the Golden Gate Bridge. It’s more uphill going back, so take the ferry back in to San Fran.

Union Square
The Clift Royal Sonesta is surrounded by theatres, and goes in for a fairly dramatic look itself, with a Starck and Schrager-designed interior and a sumptuous redwood-panelled bar. The bar, rooms and lobby are being renovated from next week, with the hotel reopening in January 2020. Prices start at £321.

SoMa
The Intercontinental is a big beast, covered in green glass with a buzzy lobby and highly regarded restaurant. Rooms have stylised art of San Francisco landmarks, exceptionally comfy beds, and nifty electronic gadgetry. Those on the upper floors are blessed with fantastic city and bay views. Doubles from £167.

Haight-Ashbury
Accommodation in San Francisco can be very expensive, so the Grove Inn is a relative bargain, starting at £125 a night. Inside a handsome Victorian-style house, this posh B&B has recently undergone modernising redecoration.

The Presidio
The Inn at the Presidio is a gently restored boutique hotel featuring just 22 rooms inside former officers’ quarters, and offers a genteel red-brick, historic feel, plus proximity to the famous Golden Gate Bridge. Rates start at $365 for a deluxe room.

Wildlife and winter sun in southwest Florida
The best things to do in the hipster hotspot of Portland, Oregon
Adventures in southern Utah, United States