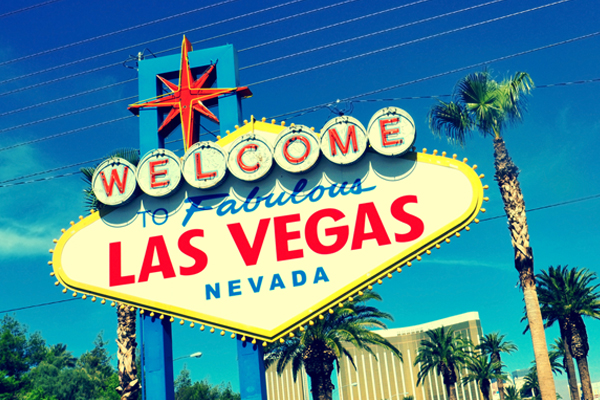 You don’t need to pick up a poker chip or take in a show to have a good time, finds Katie McGonagle.

It’s 7am, I’m just a few feet from the front desk where guests are checking in and out of the Aria Resort in Las Vegas, and I’m doing a series of lunges back and forth across the lobby. No, these aren’t some still-drunken antics after a crazy night out on The Strip – rather, I’m in my gym gear and trainer Sergio is leading me through the latest fitness class in Las Vegas.

The Aria indoor hike is best described as the most fun – and exerting – site inspection you’ll ever have. The activity takes you on a 2.8-mile, 4,500-step route around Aria Resort & Casino and neighbouring mall The Shops at Crystals, covering 26 flights of stairs, passing by artworks and points of interest, stopping for star jumps and press-ups and, I’m told, burning up to 1,000 calories along the way.

Yet the strangest thing isn’t that we’re in the lobby doing lunges – it’s how nonplussed everyone else seems to be about it. We attract the occasional glance as guests pass by wondering what we’re up to, but this is Las Vegas, where anything goes. If you want to walk down The Strip in a showgirl costume, spend the night rolling the dice at its casino tables, fly Superman-style on a zipline over the promenade or, in my case, get up bright and early for a fitness class followed by a stop at a nearby juice bar, it’s all part of the joie de vivre that makes Vegas what it is.

Sahra spa at The Cosmopolitan

The concept of a spa and fitness-focused trip to America’s playground might sound like an oxymoron, but with this many high-class hotels, it should be no surprise spas are a key selling point. Even if clients don’t want to make it the sole focus of their trip, it’s worth knowing where to recommend for a day or two of total relaxation in the midst of the Vegas melee.

The Cosmopolitan is certainly one to suggest, with everything from make-up and blow-dry bar Violet Hour Salon, where guests can get pampered and drink champagne in readiness for a big night out, to the sophisticated Sahra Spa, where the signature massage is as much about stretching and toning as it is about kneading out knots, and with great service to boot (from $190 for 50 minutes).

Any treatment over $105 includes access to the spa and fitness centre (otherwise, day passes start at $45 for guests and $75 for non-guests), which creates a relaxing atmosphere with its dark-brown decor, muted tones and natural stone throughout. It’s divided into men’s and women’s sections with clothing optional in each (but it’s not Scandinavia – clients will feel perfectly comfortable keeping their bathing suits on) and facilities include a eucalyptus-scented steam room, cool mist room, sauna and heated pool with rain showers overhead.

The spa at neighbouring Aria Resort & Casino has an altogether lighter ambience, with natural light streaming in through its windows and an outdoor pool where you can watch Las Vegas life unfold below.

Inside, it’s all about the plunge pools; I worked my way from the heated spa bath to the scented option to the chilly waters of the cold pool, where I might have let out an involuntary yelp as I submerged myself – though I left feeling all the more invigorated for it afterwards. There’s also a steam room and sauna, plus a salt room and hot stone room, which are more about relaxation than rejuvenation, but enjoyable nonetheless.

SoulCycle at the Wynn Las Vegas

Squeezing in a holiday workout is no longer just for gym buffs – increasingly health-conscious clients are looking to use their free time to fit in the gym sessions they don’t have time for at home. At the very least, clients might want some ideas to offset the effects of the inventive Vegas food scene (see box, right).

If that’s the case, there are plenty of fun fitness classes to choose from. We opted for SoulCycle at the Wynn Las Vegas, where a sizeable spin studio hides behind an otherwise-unassuming shopfront.

We stepped inside to find a pitch-black studio packed with row after row of bikes while instructor Jarreau directed the action from the front of the class. After a few minutes’ pedalling, I started to feel the burn and wondered how long the next 45 minutes were going to feel – but then the music started pumping, the disco lights started sending flashes of neon green and purple across the ceiling and Jarreau started singing along to Michael Jackson’s Beat It, spurring us on to move faster and faster, in unison with each other.

It was my first spin class and as I lost myself in the upbeat music and constant movement, I began to see how this cult-like phenomenon is taking over the fitness world – although I knew my calves would make me pay for it the next day.

For an activity that’s more of a test for mind than body, there’s the Fly Linq Zipline, which sends riders streaking through the sky above the Linq Promenade, which adjoins The Strip. The bravest zipliners can go ‘superhero-style’ – think Superman flying with arms outstretched – but the seated option was quite enough of a thrill for me (from $35 and $25 respectively).

Having been ziplining several times before, I didn’t feel nervous at all as we zoomed up in the elevator, donned harnesses and had a short safety briefing from staff. Yet as we stepped out onto the platform, the neon lights of the Linq Promenade shining (very) far below, my stomach lurched and I felt a flutter of nerves – was this really what adrenaline rushes were made of?

With my heart in my mouth, I steeled myself for take-off and then all of a sudden, I was soaring high above the late-night revellers, the bright lights of The Strip and the High Roller ahead. It might not count as a sporting activity, but it certainly got the endorphins flowing.

It’s further proof that you don’t need to pick up a poker chip or take in a show to have a good time here – it’s Vegas, and anything goes.

Luckily, Five Star Grand Canyon Helicopter Tours does both, with flights departing from Boulder City, a 25-minute drive from Las Vegas, and flying through the canyon – past jagged peaks and enormous boulders – to land at Eagle Point Rim. Tours also include time to explore the Skywalk, a clear platform that juts out over the rust-red rock below (not for the faint-hearted), and transfers from Las Vegas hotels.

Rebranded from the Monte Carlo Resort in April 2018, this mega-resort is part of the MGM empire, which also includes the Bellagio, Luxor and New York- New York. Its 2,700 rooms were given a $550 million makeover as part of the rebrand, adding a Stay Well floor where rooms incorporate little touches such as mood lighting and air purification.

There’s no questioning the range of facilities, with a huge array of restaurants, cocktail bars, coffee shops and a casino plus the Park Theater, which attracts headliners including Lady Gaga and Britney Spears, so for clients who love the buzz of Las Vegas, it will tick all the boxes.

NoMad Las Vegas is a separate hotel that sits under the same roof as Park MGM, occupying the top four floors. The 293-room hotel has a refined feel that could come straight from a New York private members’ club – expect dark wood, rich fabrics and a Tiffany glass ceiling on its casino.
Book it: Rates at Park MGM start at $99 on weekdays, $149 on weekends; NoMad is from $199 per night.