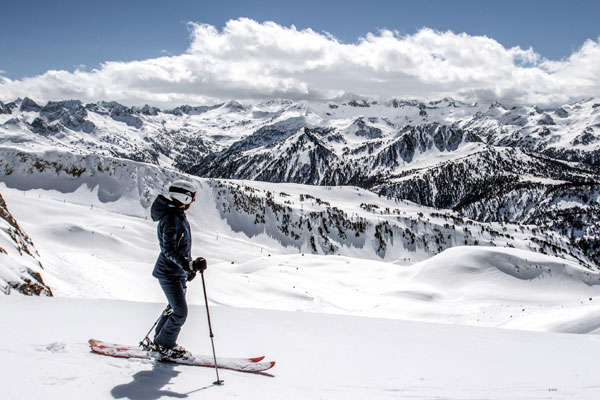 David Golledge finds out what sets the Pyrenean resort apart from its Alpine rivals.

We were a little over a two-hour drive from Toulouse airport, and although the road signs confirmed our departure from France into Spain, the scenery seemed far removed from the country synonymous with sun, sea and sangria that I’d previously visited.

Instead, picture-perfect Pyrenean villages abound in the Val D’Aran, a corner of Catalonia with its own distinctive language and culture.

With my prior experience of skiing limited to the French and Swiss Alps, I was intrigued to see how Spanish slopes would compare. And what better place to find out than Baqueira-Beret? This jewel in the Spanish winter-sports crown is the country’s largest resort and a firm favourite with its royal family. Spread across the linked areas of Baqueira, Beret and Bonaigua, its 100 miles of pistes offer a variety of terrain, and in Spain, the resort has a reputation to match any Alpine rival, despite being relatively unknown to the UK market.

Mornings began at a leisurely pace. While the lifts started at 9am, few skiers hit the slopes before 10am. The relaxed atmosphere continued throughout the day, with the sophisticated clientele largely composed of families and couples. It was a personal first to encounter more fur coats than fancy dress.

Beginners will appreciate the wide and quiet slopes and British-run ski school, intermediates will enjoy the varied scenery and extensive choice of challenging runs, and advanced skiers will find easily accessible off-piste options. All will benefit from snow-sure slopes thanks to the northwest and, crucially, Atlantic-facing position of the valley. Despite the merest sprinkle of snowfall during the month prior to our visit, coverage remained wide and deep, if a little icy in places.

I felt some trepidation as the wind picked up and the lift climbed towards Baciver, the resort’s highest point at a lofty 2,610m. The lift was installed ahead of the 2018 season, adding five red runs.

It’s a great vantage point. “On a clear day, you can see across to Andorra some 30 miles away,” said my ski guide, Bernard. It’s at times such as this that a guide shows their value; following Bernard’s lead gave me added confidence and turned what could have been a tricky descent into an exhilarating experience, as we weaved our way down the narrow piste. Bernard also proved to be a great companion, not only picking out spectacular routes as we cruised along under piercing blue skies and bright sunshine, but also offering pointers in an attempt to correct my less-than-perfect ski posture. 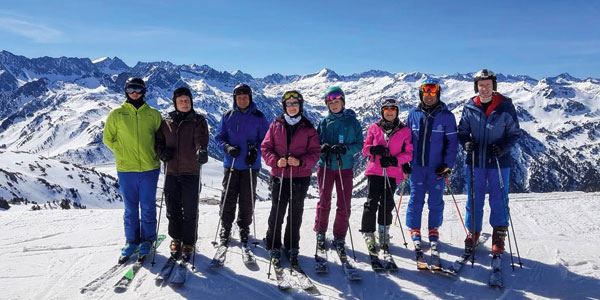 That said, it’s not a lesson – guides take on the role of Sherpas here, helping groups of up to 10 people get the most out of their time on the mountain. Such companions are rare these days; in France the practice was outlawed in 2013, so for it to be included with our stay at the Hotel Himalaia Baqueira was a real bonus.

It seems to me that skiers can be divided into two groups: those who think nothing could be more exhilarating than hurtling steeply downhill among trees and ungroomed moguls, and those who can think of nothing worse – and I’m firmly in the latter camp.

Yet where the resort comes into its own is its easily accessible off-piste options. The Peulla lift on the Bonaigua side of the resort allowed half of our group to head off the smooth piste, and others to remain on the red run, before our paths crossed again at the bottom.

Those seeking to take things up a notch might consider the Escornacrabes route which, in the local Aranese language, means ‘where goats tumble’. This steep and narrow track, surrounded on both sides by sheer rock walls, is not for novices or the faint-hearted.

As a relatively recent convert to skiing, I’m convinced that ski boots must have been invented for the pure elation that comes from taking them off. It’s only appropriate to mark the occasion, and while there is no shortage of options at the Baqueira base area, it seems a shame not to experience something a little more local, when there is so much nearby in the valley’s 33 villages.

Arties feels like a slice of the Pyrenees at its most pristine, set beside the bubbling waters of the Garonne. The village’s Romanesque church is worth a visit for its impressive painted ceiling. During the height of the season, more than 30 restaurants are dotted among its cobbled streets.

Turning up to dine at Tauèrna Urtau at the decidedly un-Spanish time of 8pm, we were lucky to get a seat as the restaurant bustled with skiers, snowboarders and locals attracted by its friendly atmosphere and mesmerising choice of pintxos, the local take on tapas. Expect plenty of cheese, pork, bacon and seafood among dozens of options.

The resort’s 25 slope-side restaurants are probably the biggest reminder of being in Spain; those tired of tartiflette or suffering from fondue fatigue can expect a welcome culinary change. The Cinco Jotas restaurant chain raises its own pigs on a diet of acorns that have fallen from the tree as they ripen. They clearly know what they’re doing, as I’ve never tasted pork so mouthwateringly succulent and tender.

The panoramic views aren’t bad either, and its location at the top of a gondola lift that takes you back to the base area means you can access it without having to ski there, making it a breeze to get down the mountain in the event that guests over-indulge on wine from nearby Rioja. Prices are reasonable considering the quality of the food and stylish decor, with main dishes from about €16.

Having spent most of the trip attempting to master whizzing down the mountain, it made a change to strap on snowshoes and clamber up it. The only sound in the Ruta Valley was a reassuring crunch as our spikes pierced the compacted snow, making light work of climbing up and down even the steepest slopes.

Despite the feeling of solitude, we weren’t the only ones in the valley, with marmots, foxes, wild boar, deer and even brown bears said to inhabit the area. With dog sledding and snowmobiling on offer too, even non-skiers will find plenty to do in this Spanish ski resort.

A homage to Tibet and Nepal, the countries’ influences run throughout the 141-
room Hotel Himalaia Baqueira: the lower entrance is adorned with an enormous prayer wheel, and tasteful artefacts are spread throughout. Externally, the Pierre et Vacances-operated property is sympathetic to the local style.

The generous breakfast will fuel even the pickiest eaters for the day ahead,
while those wanting to unwind after a day on the slopes will appreciate the spa
area, with its indoor pool and outdoor whirlpool.

Lockers for guests occupy a prime spot at the base of the main gondola,
meaning no need to lug skis or snowboards around.

Book it: Seven nights’ B&B starts at £360 per person, based on two sharing.
Flights to Toulouse start from £45 return with easyJet, and return transfers to
Baqueira-Beret cost from £309 with HolidayTaxis.

Family-friendly ski chalets to suit every budget
Skiing the slopes of Ischgl, Austria with Inghams
The best ski resorts in Canada