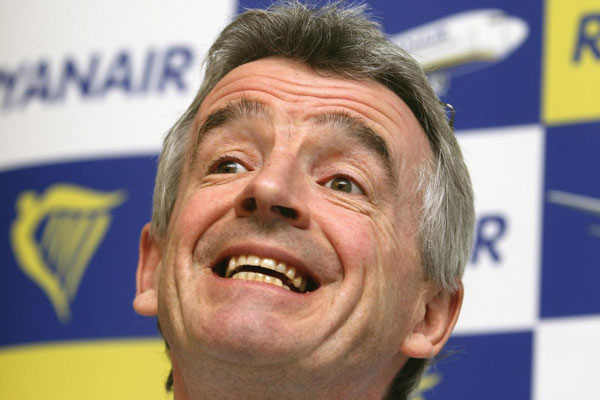 The UK aviation regulator as been accused by Ryanair boss Michael O’Leary of being partly to blame for the chaos surrounding Thomas Cook’s collapse.

While the CAA  has done well to repatriate hundreds of thousands of Thomas Cook holidymakers from abroad, it should do more to prevent airline failures in the first place, according to the Ryanair group CEO.

“How you can license Thomas Cook in April as fit to fly for another 12 months and then it goes bust in September. (It) is something the CAA needs to address,” O’Leary said at a Reuters Newsmaker event.

“The CAA should be much more aggressive in requiring the shareholders of those companies to put up much more cash to get through the year, rather than allowing them to continually fail.”

O’Leary also claimed: “The package market I think is screwed. It’s over.”

He likened the decline of tour operators to “whoever was making shoes for horses” before the motor car replaced horse-drawn carriages.

“There were some good, well-managed horseshoe companies, but ultimately they went the same way. That will happen with tour operators here in Europe,” O’Leary reportedly said.

He was speaking ahead of Ryanair Group reporting 8% growth in September passenger carryings to 14.1 million over the same month last year.

Ryanair accounted for 13.5 million of the total with Austrian offshoot Lauda responsible for 600,000 passengers last month.