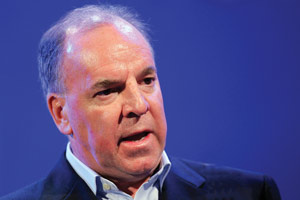 Greenacre vowed never to sell Kiss Flights when it launched in 2008 shortly after the demise of XL Leisure Group because he was wary of companies that evolved out of failures.

Despite suggestions of  a U-turn in December 2009, Greenacre did not change his position.

Speaking to travelweekly.co.uk following the collapse, he said: “We said this would happen. It validates the fact that there is a price at which people have to pay to be able to travel anywhere.

“While it’s good to be highly competitive on price, you’ve got to have form to be able to do what you do, and identify your USP and it can’t just be price. You’ve got to do a lot of research and get a lot of support in the bag before you launch an airline.

“This proves that it’s not an easy thing to run an airline on cheap prices alone. Even the original no-frills carriers have had to reinvent their business models and adapt over time.”

He added: “From a marketplace point of view, the industry was sending loads of people away both with Goldtrail and Kiss for prices that just weren’t sustainable. We’ve got to accept that if people want to go to the Greek islands or Turkey, there is a minimum price that they have got to pay – and it isn’t the cost of a second-class return rail ticket from Manchester to London which is what these guys were selling at.

“We’ll be upset if there are customers who are now going to be disappointed by this failure – it doesn’t give us any pleasure, but we had no business with Kiss because we said this would happen.”