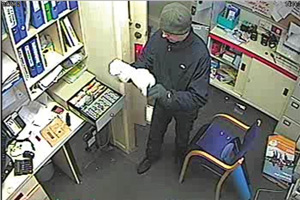 A man has been charged over a series of armed robberies at travel agencies in Staffordshire, Lancashire and Derbyshire.

Travel Weekly highlighted the attacks by publishing a CCTV picture of the alleged robber in July in an effort to raise vigilance of agency staff.

The 49-year-old from Liverpool was arrested following a raid at Co-op Travel branch in Hanley, Stoke-on-Trent, on Friday afternoon in which a screwdriver was used to threaten staff and a quantity of cash was stolen.

The arrest follows a string of raids on travel agencies across the region since December.

The man has been charged with six counts of armed robbery, six of possessing an offensive weapon and one of assaulting a police officer with intent to resist arrest.

He was due to appear at North Staffordshire Magistrates’ Court in Fenton this morning.