Having a baby is wonderful but it does bring a lot of baggage,” says Olga Kelly, mother of a 20-month-old and head of people and talent at The Advantage Travel Partnership. “A lot of other stuff starts coming to the surface.” 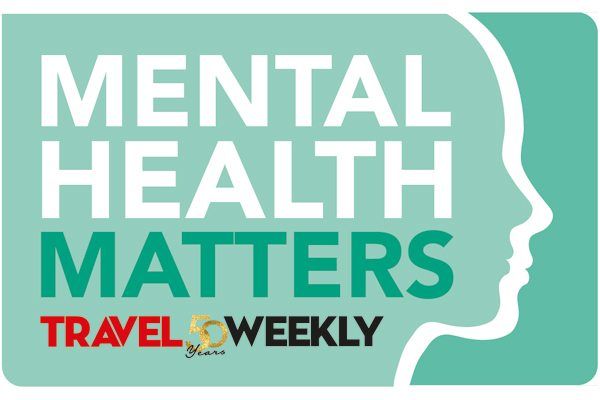 Kelly did not suffer from postnatal depression, but she says: “That doesn’t mean you’re OK. There’s a whole suite of stuff in the middle that mothers go through that people don’t talk about.”

The return to work after maternity leave can be daunting. New challenges, such as navigating childcare, juggling work and home life, and adjusting back to the working environment, can be much harder if the new parent is experiencing symptoms of postnatal depression.

“Returning to work with undiagnosed postnatal depression or any other perinatal mental health illness can also have a huge impact on attitude towards work and commitment, and further stress can then build up combining work with parenthood,” says Annie Belasco, head of PR, fundraising and the helpline at Pandas Foundation.

Interview: Culture Trip founder Dr Kris Naudts on what prompted him to put mental health at the heart of his travel and media start-up

However, it’s not black and white. If someone hasn’t officially been diagnosed, it doesn’t mean they find adjusting to being a parent, or returning to work, easy.

“Returning to work can sometimes become overwhelming for parents with anxiety around their children being left with another person during the day and not being able to respond immediately in a crisis because of work rules and commitments,” says Belasco.

Another aspect that new parents have to consider is finding a compromise between home and work that suits them.

“People sometimes struggle with the balance and the juggling of being at work full time and being great at that while also giving [their] all to home life,” says Natalie Turner, head of retail branches at Midcounties Co operative Travel.
Recognising signs can be invaluable. “A lot of colleagues don’t necessarily even recognise that [the new parent] is suffering from postnatal depression,” says Turner.

“It’s about recognising signs that these colleagues might be struggling because they don’t always share anxiety issues.”

Some firms in the travel industry have policies and schemes in place to help ease employees into a new routine.

Flight Centre sends employees an information pack before they return. “It’s a booklet full of information including flexible working requests and holidays,” says Carmel Jeavons-Wright, Flight Centre’s diversity and inclusion champion. It also points them to other areas of support, including the company’s employee assistance helpline.

Flexible working is one such policy that can help take away some of the worry and stress of having to mould home life around work.

“Companies are becoming more aware and open around this. It reduces work and home life stress, which can also have an effect on relationships within family networks.”

Flight Centre approves about 98% of flexible working requests. Jeavons-Wright adds: “It’s a big thing that we promote and encourage people to apply for if they need to”.

Co-operative Travel offers phased returns to work. “We’re still a female-dominated industry and that’s reflected in the colleagues that work across our retail estate,” says Turner.

“We have a lot of colleagues who return to work on a part-time basis because it’s easy for them to juggle home and family life. Part-time colleagues are invaluable. They’re a large proportion of our workforce.”

Hays Travel offers 10 ‘Kit’ (keeping in touch) days. “Employees can come into branch, if they want to catch up on their emails or just have a coffee with the manager,” says Katie Mottram, human resource graduate.

Inductions are also used to gradually reintroduce staff to the environment. Mottram says these are particularly useful if staff and systems have changed.

Hays Travel extends this support to homeworkers. “We offer them the same level of support,” says Mottram.

Other needs to consider include breastfeeding. The Midcounties Co operative society has a breastfeeding policy for new mothers returning to work. It’s among the policies that Turner says are paramount to helping new mothers back into the workplace and an example of “thinking about the needs of that individual when they return to work to try and accommodate them”. 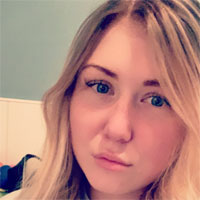 I had my daughter two years ago. I had a horrendous pregnancy and birth. I started to have awful feelings and thoughts and I didn’t want to deal with her.

I had her in the September and I was meant to go back to work in the January, but physically and mentally I couldn’t go back. I was diagnosed in December that year with postnatal depression. They put returning to work back to May that year and I couldn’t even face going outside at that point. I didn’t know how to look after my daughter, even though she was nearly a year old. It was quite stressful, and I took just over two years out of work. I started this job with Hays in August.

I have spoken about this a lot because it’s not something that’s often talked about. It’s normal to take this long to get back into work. I now live six minutes from work. I’m a lot happier in a workplace than I am at home and it seems a very supportive company.

There’s only four of us in the shop and we’re really close. I know I’ve not been here long, but we talk about a load of things. I’m comfortable talking to them about this. They are as well.

Speaking about things helps a lot. Mental health among my generation is widely spoken about on social media, but not postnatal depression.”

If you, or someone you know, has been affected by a mental health issue and you need help, contact the Samaritans free of charge on 116 123

If you would like to contribute anything to Travel Weekly’s Mental Health Series, email natalie.marsh@travelweekly.co.uk

Interview: Culture Trip founder Dr Kris Naudts on what prompted him to put mental health at the heart of his travel and media start-up

Target aims to put pressure on chancellor with Twitterstorm