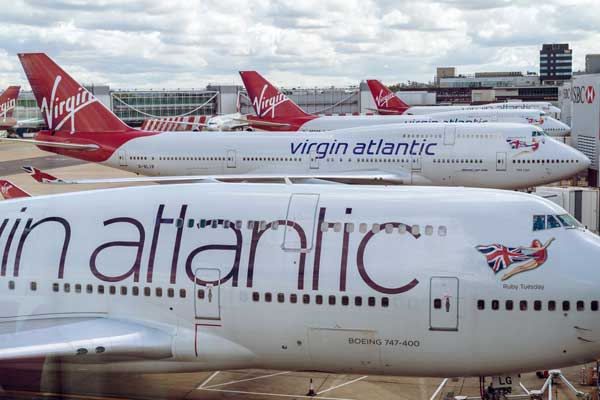 More than half (57%) of consumers are backing increased competition between airlines operating out of Heathrow, according to a Virgin Atlantic poll.

The survey of 2,000 passengers shows that 36% of people flying from of a UK airport have connected at a European hub to reach their final destination.

This is because it was cheaper than connecting vis Heathrow, or because no connecting flights existed between their local airport and the London hub.

The results suggest that many UK passengers heading to global destinations are choosing to connect via European airports such as Madrid and Frankfurt rather than Heathrow.

However, the polling illustrates support for using Heathrow if greater airline competition existed, with three-fifths (59%) of respondents saying they would choose to connect through the London airport rather than via a European hub, compared to just 8% who would not.

The findings follow Virgin Atlantic outlining expansion plans for when a third runway opens at Heathrow – representing a fourfold increase on its international network to include unserved destinations such as Kolkata in India, Jakarta in(Indonesia and Panama City.

The findings follow recent research by a former Treasury economist which revealed the dominance of one airline group at Heathrow meaning that 18.5 million people each year are flying on 77 routes where there is no competition between airlines.

The study estimated that the lack of competition means passengers could be paying up to 10% more on a standard return flight, according to Virgin Atlantic,

CEO Shai Weiss will outline the airline’s ambition to become the UK’s second flag carrier in a keynote speech to politicians and industry representatives at the Airlines 2050 conference in London.

He will urge the government to reform the way Heathrow’s new take-off and landing slots are allocated.

He will also launch the airline’s new campaign website, www.twoflagcarriers.com which will allow passengers to directly lobby their local MP to ensure there is more competition at Heathrow.

Weiss said: “It’s crystal clear that the British public wants more choice at Heathrow airport. Virgin Atlantic is best positioned to tackle the lack of competition head on, as the second flag carrier that our country so desperately needs. Change is not a choice but a necessity.

“We have outlined our ambitions to create effective competition when Heathrow expands by proposing 84 new routes, linking domestic and European flights to international destinations, benefitting passengers through more choice and lower fares.

“With a third runway due to open from 2026, the government has a unique opportunity to transform competition at the airport by re-assessing the way take-off and landing slots are allocated. This once in a generation opportunity cannot be missed.”