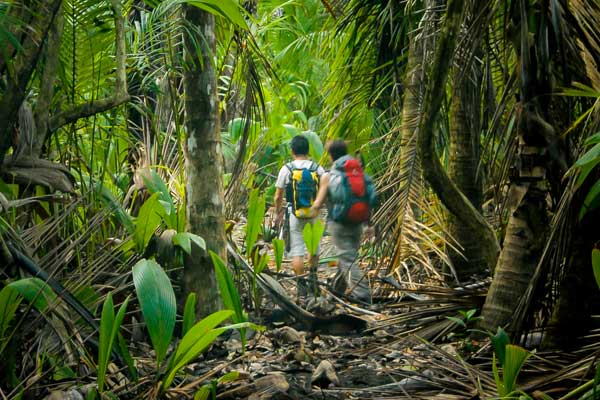 Embrace your sense of adventure with a cruise through Costa Rica and Panama, writes Sue Bryant.

Deep in the Curú Wildlife Refuge on Costa Rica’s Nicoya Peninsula, I’m scrambling over gnarled tree roots, sweltering in the heat and humidity, and trying not to step on a procession of leafcutter ants.

Erika, my guide, is delivering a tutorial on the concept of ‘pura vida’, Costa Rica’s most popular saying. “It’s literally translated as ‘pure life’,” she says. “But it also means ‘hello’, ‘goodbye’ and ‘everything’s fabulous’, whether you really mean it or whether you’re being sarcastic.”

Costa Ricans may well feel everything is fabulous, surrounded as they are by such astonishing natural beauty. Pura vida was certainly the tone of my
12-day expedition voyage on UnCruise Adventures’ 62-passenger Safari Voyager.

We sailed from Puntarenas in Costa Rica to Colon in Panama, mixing up rainforest hikes, kayaking trips and snorkelling with some fascinating cultural encounters with indigenous tribes. 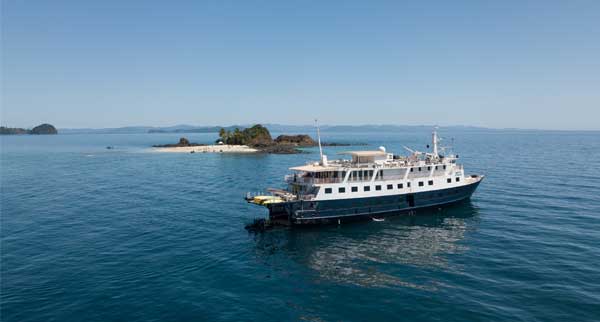 Apart from a few hikers in Curú, we barely saw a soul for the whole of the first week. Instead, days were spent kayaking round the mangroves that fringe jungly bays, and hiking through pristine rainforest, spotting flashes of scarlet as macaws flew above the canopy.

The water was ridiculously warm, so when we were allowed to swim from the ship’s watersports platform, I dived straight in, not stopping to wonder why everybody else was in a wetsuit – and landed on a jellyfish.

I stayed out of the water for a few days, nursing my stings, and focused on kayaking, which was no hardship. At Golfito, we paddled deep into a labyrinth of channels lined by mangroves, watching kingfishers and herons, listening to howler monkeys hooting in the distant forest.

As we clambered back onto the ship, a pod of dolphins put on a spectacularly acrobatic display, leaping right out of the water. 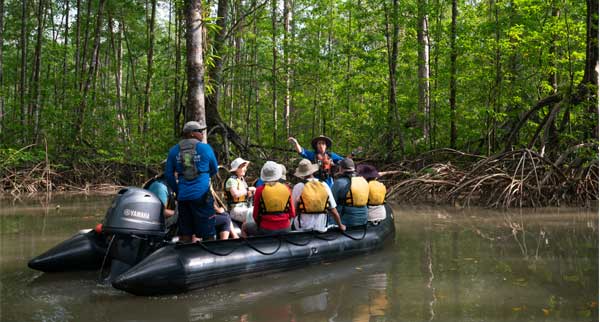 Each location seemed more ridiculously beautiful than the last. After three days in Costa Rica, Safari Voyager slipped across the border into Panama, dropping anchor off Granito de Oro, which translates as ‘grain of gold’, a speck of pale sand tufted with three coconut palms and surrounded by a reef.

Sea turtles popped their heads out of the aquamarine water. Protected by a wetsuit borrowed from lost property, I swam, marvelling at brilliant-orange and electric-blue fish and a large moray eel.

How to sell Safari Voyager

Safari Voyager is an old ship, but what it lacks in creature comforts, it makes up for in exceptional service. The quality of the guides, the experiences ashore and the fact that everything – even a massage and the services of the ship’s doctor – is included, justifies the price. The food is healthy, with local influences; expect lots of salads, local fish, tropical fruit and homemade bread, alongside more international dishes. All drinks are included, even a decent choice of wines. The clientele is mainly made up of North Americans, Australians and New Zealanders, with a few Brits. The open bar means the booze and conversation flow – this is not a cruise for people who don’t like to mix. In the tropics, there are few airs and graces. Everybody hangs their soggy wetsuits and clothing on the sunny top deck – otherwise, nothing dries. Casual is the order of the day.

Coiba island – the largest in Central America, at 194 square miles – is entirely protected as a national park, smothered in dense rainforest and circled by a necklace of white, sandy beaches.

From 1919 until 2004, though, Coiba was a high‑security penal colony, housing 3,000 prisoners in horrific conditions. Hundreds ‘disappeared’ and locals believe the island is haunted.

We hiked up the Gambute Trail, a steep and sweaty scramble, with a reward of uninterrupted views from the top over the forest canopy, toward distant islands – places to which one-time prisoners dreamed of escaping.

The main reason I’d chosen this expedition was for the chance to explore the Darién jungle, one of the most inhospitable forests on Earth. At its heart is the Darién Gap, a ridge of misty hills that form the road-less and lawless border between Panama and Colombia.

Just after dawn, we piled into a fleet of wooden dugouts and chugged for an hour up the muddy Mogue River, our wake creating gentle ripples along the spindly roots of the mangroves. Distant drumming echoed over the water, a sign that we were nearing the village of the Emberá, one of Panama’s seven indigenous tribes.

The Emberá live off the land, fishing and raising pigs and chickens. They make an income from selling exquisitely woven palm-fibre baskets and beaded jewellery. Buying this at source turned out to be a wise move; a medium-sized basket cost $60, but I saw one for $600 in a posh gallery later in the trip.

We watched their tribal dances, chatted to them in bad Spanish and lined up for body painting; the Emberá adorn their skin with geometric designs in the black juice of the jagua fruit, which lasts for a few days. 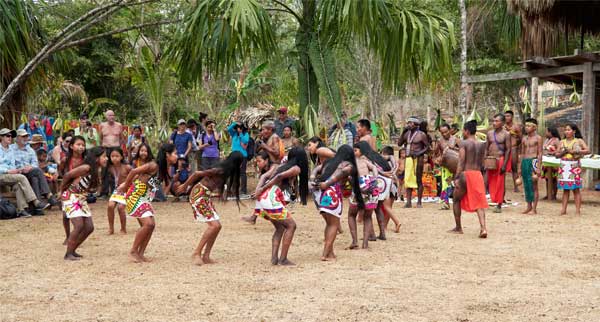 Leaving the wilderness was a culture shock for me, with the skyscrapers of Panama City looming just beyond the entrance to the canal.

We made the 40-mile transit from Pacific to Caribbean at night, kicking off with a barbecue on deck as Safari Voyager slid under the Bridge of the Americas at sunset, squeezing into the Miraflores locks in the shadow of an enormous cargo ship.

Sailing through the canal on a small ship really gives you a sense of the scale of the project, and some passengers stayed up most of the night to watch. 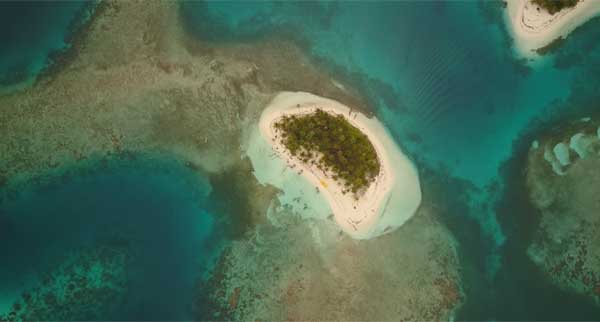 Like the Emberá, they’re famed for their handicrafts; in this case, intricate mola, embroidered panels that the women wear on their blouses, and which sell for up to $50 each.

I snorkelled for hours over vast underwater landscapes of walls, coral reefs and drop-offs, stingrays shimmying gracefully along the sandy ocean floor. Back on the beach, the only sound was the lapping of waves and the occasional thud of a falling coconut. Pura vida, indeed.

• The culture: Meeting the Emberá tribe in the Darién jungle and seeing how the Guna Yala live on Panama’s Caribbean coast. These places are not staged tourist traps; both encounters felt meaningful and authentic.

• The unexpected: One night, the crew dropped anchor off Isla del Rey on Panama’s Pearl Islands and set up a bar and canapes on a deserted beach for sunset cocktails. This was the embodiment of luxury.

• The history: The Panama Canal is fascinating, but there’s much more. On Panama’s Caribbean coast, we wandered round ramshackle village Portobelo, once a stop on the trade routes of gold, silver and pearls, and still guarded by a crumbling 17th-century fort. In 1596, Sir Francis Drake died here of dysentery and was buried at sea in a lead-lined coffin, which has never been found.

The season runs from November to May, when it’s still hot and humid but less rainy. UnCruise Adventures’ next Pure Panama & Costa Rica 12-night expedition departs Panama City on April 8, 2020, and costs £7,435. The price includes flights, all meals and drinks, transfers, tours and activities. In the UK, agents can book through Travel 2 or specialist operator Windows on the Wild. For direct trade enquiries, contact Seattle-based UnCruise Adventures on sales@uncruise.com

48 hours in San Jose, Costa Rica
How to get around south and central America
Exploring the natural beauty of Nicaragua