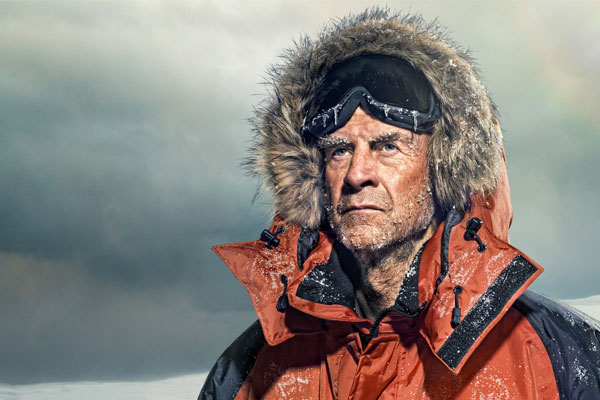 Which celebrity speakers and special guests will be at sea in 2020? Jane Archer finds out.

Whether clients want to samba like Strictly, sniff and swirl with a wine guru, or uncover their inner chef, they can on a cruise.

Every year, experts in everything from cooking to climbing join cruise ships big and small to educate, enlighten and entertain passengers, adding an extra dimension to their holiday and an extra element for you to sell.

Talks and activities are mostly complimentary so everyone can join in, and often there are related excursions to help bring the lecture to life. We’ve picked eight of the most interesting names hitting the high seas next year to give you some inspiration.

Climbing Mount Everest, walking to the South Pole or scaling the north face of the Eiger; name almost any gruelling test of endurance and Sir Ranulph Fiennes – listed as the world’s greatest living explorer in the Guinness Book of Records – has done it. But not without some grisly experiences along the way. He’ll be revealing all during talks about his adventures to passengers on a Cunard cruise in Alaska next June. With details of his exploits ringing in their ears, passengers can have their own mini-adventures with kayaking, trekking, whale-watching and visiting the Klondike on calls into Juneau, Skagway and Sitka while cruising up close to the icy landscape in Glacier Bay.

Book it: The 10-night Alaska and Glacier Bay cruise costs from £1,499 cruise-only for a round trip from Vancouver departing June 2, 2020.
cunard.co.uk 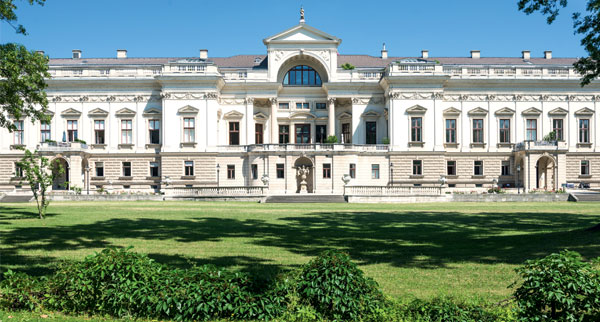 Strap on your ballet shoes because we’re going dancing down the Danube with Scenic Luxury Cruises & Tours’ special guest, Dame Darcey Bussell. The former ballerina and Strictly Come Dancing judge will be talking all things dance and answering questions about her life, as well as compering an evening of Mozart, Strauss, ballet and waltz at Vienna’s Palais Liechtenstein. She’ll also be joining passengers for a cocktail sundowner on the sundeck in Budapest. There’s more music on an excursion to Salzburg, birthplace of Mozart and setting for The Sound of Music.

Book it: The eight-day Gems of the Danube cruise from Nuremburg to Budapest starts at £3,140, including flights, drinks, gratuities and Wi-Fi and departing April 10, 2020.
scenic.co.uk

Mystery and intrigue await as espionage expert Gill Bennett – author of several books uncovering the secret history of the intelligence world in the Second World War and beyond – sets sail with Saga Cruises, promising to lift the lid on the murky life of a 007. Passengers will be sailing through the waters off Denmark and Germany that inspired the spy novel Riddle of the Sands by Erskine Childers, published in 1903 and telling the tale of Charles Carruthers and Arthur Davies, who discover a German plot to invade Britain while sailing in the Frisian Islands. There’ll also be a film screening of the novel, starring Michael York and Jenny Agutter, and a chance to spy the seals and birds that call the Frisian Islands home.

Book it: The seven-night cruise costs from £2,030, including drinks, gratuities and Wi-Fi, and departing August 23, 2020, round-trip from Dover.
travel.saga.co.uk 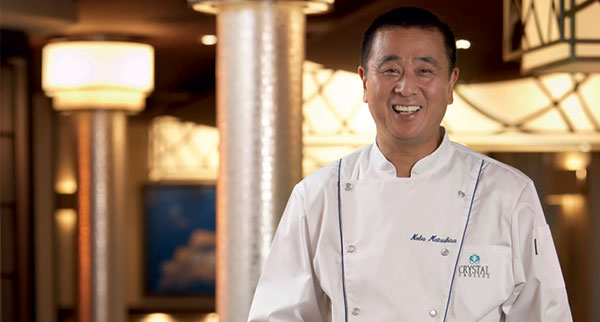 Clients on Crystal Cruises’ expedition yacht Crystal Endeavor in Indonesia next October won’t only get the chance to discover the archipelago’s remote islands, they’ll also get to explore new tastes in the company of special guest, chef Nobu Matsuhisa, the culinary whizz behind the ship’s Umi Uma restaurant. He’ll be hosting two dinners, each for up to 30 passengers ($200 per person), and a multi-course extravaganza for just nine people in the intimate Vintage Room ($1,000 per person), as well as sharing tips of the trade during a cooking demonstration and book signing.

Book it: The 16-night Indonesian Immersive and Great Barrier Reef cruise from Bali to Cairns costs from £13,442 cruise-only, including drinks and gratuities and departing October 15.
crystalcruises.co.uk

How to sell: Celebs

• Get clients interested with a poster of the speaker in the shop window or on the website.

• Find out about any on-board meet-the-celeb events clients might want to buy into.

•Make it clear to customers how long the ‘name’ will be on board. Most only do a portion of a cruise.

• Remember celebrity status is in the eye of the beholder – you might not be interested in going into space or growing tomatoes, but plenty love the idea of meeting an astronaut or a TV gardener.

A blooming lovely time is promised as Emerald Waterways sets sail through the Low Countries next spring with BBC Gardeners’ World presenters Carol Klein and Joe Swift. The duo will be solving passengers’ gardening problems, offering tips for budding horticulturists and hosting an excursion to Holland’s Keukenhof Gardens, where seven million tulips, daffodils and hyacinths are planted each year. Exclusive to this cruise is a tour of Antwerp’s botanical gardens, where trees, shrubs and herbs were planted 200 years ago to grow medicinal plants for the local hospital.

Book it: The eight-day Holland and Belgium in Bloom cruise starts at £2,695, departing April 10, 2020, round-trip from Amsterdam and including flights, drinks with lunch and dinner and selected excursions.
emeraldwaterways.co.uk 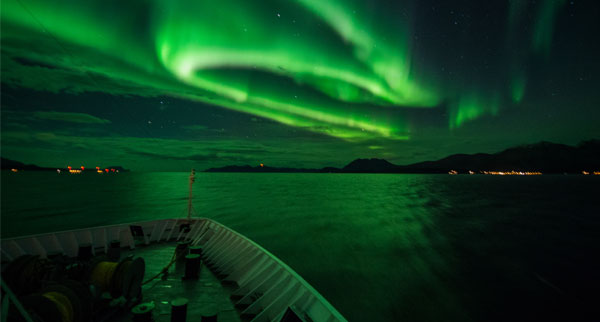 You don’t have to be a star gazer to get a buzz from Hurtigruten’s astronomy-themed cruise next March with northern lights junkie Dr John Mason. There are deep fjords, gushing waterfalls and fun activities aplenty to enjoy on this cruise along the Norwegian coast, but the big attraction is the aurora borealis, which will (hopefully) light up the night sky in a blaze of colours. Dr Mason will be giving lectures about the phenomenon and joining the hunt for the lights on the top deck. Set the button to ‘disturb’ and be ready to run at 2am if the bridge announces a sighting.

History and gardening come together on Great Rail Journeys’ cruise around Holland and Belgium next spring with Garden Rescue presenter Charlie Dimmock and First World War expert Colonel Piers Storie-Pugh, who’ll be treating military buffs to a lecture about the war. There will also be included excursions to the battlefields and cemeteries of Ypres in Belgium, and the Airbourne Museum in Oosterbeek, which remembers the 1944 Battle of Arnhem. Dimmock’s talk is altogether more rosy. She’ll be solving passengers’ gardening problems before they set off on a tour to see the Keukenhof Gardens.

Book it: The eight-day Springtime Tulips and Keukenhof Gardens round-trip cruise costs from £1,495, including flights and departing from Amsterdam on April 15, 2020.
greatrail.com 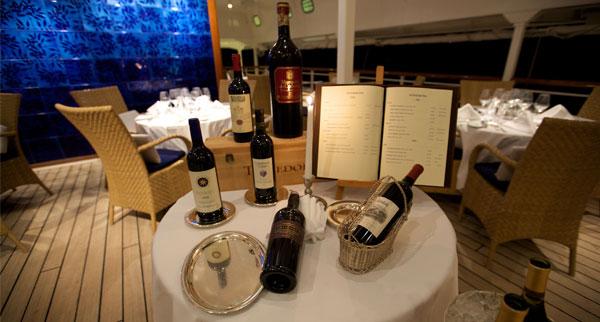 Oenophiles sailing with SeaDream Yacht Club are in for a double treat next October as Kristofer Ruscon, house director of champagne estate Hatt et Soner, and a wine host from Argapart, widely acclaimed as one of the best champagne houses in the world, join SeaDream I. They’ll be hosting talks and tastings, as well as welcoming a select few to two degustation dinners which pair the fizz with special menus created by the ship’s executive chef (extra cost). It’s paired with vineyard visits and tastings in Ibiza and Ronda.

Book it: The seven-night cruise from Barcelona to Malaga starts at £3,712 cruise-only, departing October 10.
seadream.com

• P&O Cruises is going Strictly crazy on four cruises in 2020, with dance displays, one-to-one lessons and a hosted dinner with professionals from the TV show. Strictly departures are round-trip from Southampton to the Canary Islands (April 4), the Mediterranean (June 6), Spain and Portugal (June 20), and the Baltic (July 12).

• World affairs will be on the agenda when former Supreme Allied Commander of Nato Admiral James Stavridis takes to the podium on a Baltic cruise on Ponant’s Le Dumont-D’Urville. The eight-night voyage is from Stockholm to Copenhagen and departs August 5.

• Ever wondered what it would be like to paint the Queen? All will be revealed when royal portrait painter Richard Stone gets conversations going on a Mombasa to Male section of Seabourn Sojourn’s world cruise between February 25 and March 6.

• Astronomer Pete Lawrence will be giving talks on the sky at night on a 14-night voyage to northern Norway with Fred Olsen Cruise Lines. The cruise is round-trip from Southampton, departing January 31.