The drive from Adelaide to Perth is epic, but it’s full of unexpected delights, finds for David Whitley.

The clinking bottles in the back, picked up in the wineries of the Clare Valley a few days ago, are a reminder of civilisation. Phone signal? That’s a distant memory. Traffic lights? A hazy concept. On the Nullarbor Plain, there are just the microscopic changes in landscape for company. It is designed to make those who tackle it feel small, isolated and cut off from normal life.

The 1,675-mile drive from Adelaide to Perth is an acquired taste. The mere thought of it fills most Australians with dread, and it is not the sort of road
trip packed with great lookouts and cultural attractions every hour or so.

But for those craving the open road, a test of stamina and a rite of passage, driving across the Nullarbor is a truly epic experience.

The journey starts deceptively gently, with the Barossa and Clare Valley wine regions giving way to the endless wheat fields across the top of the triangular Eyre Peninsula. The scenery is lazily undemanding, but hardly the stark, thirsty nothing that is to come.

Just off the Eyre’s western coast lies Jones Island. No humans live there, but plenty of sea lions do. Baird Bay Ocean Eco Experience takes visitors out to meet them from the hamlet of Baird Bay, about eight hours’ drive from Adelaide.

When they’re on the rocks, the sea lions are hilariously entertaining. They honk and scuffle with each other, then make their ungainly way into the water, shunting themselves along with their flippers.

It’s when you get in the water with them, however, that you realise that the decidedly ungraceful oafs on land suddenly become elegant, gliding sweethearts underwater. Just donning a snorkel and mask to watch them would be privilege enough, but the guides here have been building up trust with these sea lions for decades.

They’re inquisitive creatures, like puppies at times, and are just as fascinated by the humans who’ve dropped into the water as we are with them. They flit around playfully, and sometimes stare straight at your snorkel mask. 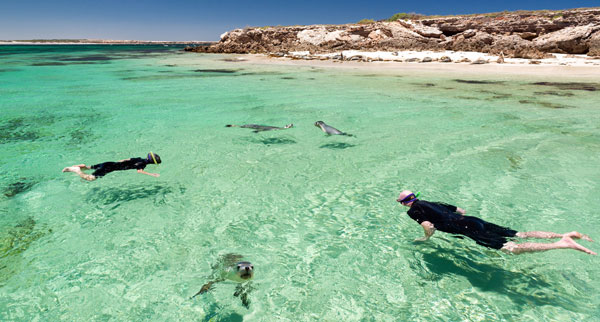 DO choose the right van for you. They vary in size enormously – a basic two-berth camper may be a bit tight and lacking in facilities, but a six-berth behemoth might be a nightmare to park and very fuel-intensive.

DON’T go 4×4 unless you need to. Most sights of interest in Australia are reached via sealed roads, or dirt tracks that a conventional 2WD camper van can handle just fine.

DO book in advance during peak season. In December, January and February, most rental vans are booked out.

DON’T drive at night. Kangaroos get active from dusk onwards, and have very little road sense. You really don’t want to hit one.

DO book longer trips. The longer you book the van for, the cheaper the per-day price will be. Some companies impose two-week minimums.

DON’T forget to check what’s covered, including things like whether it has cooking facilities and internal showers. You should also check things such as kitchen equipment (usually included) and bedding (usually not, for hygiene reasons). 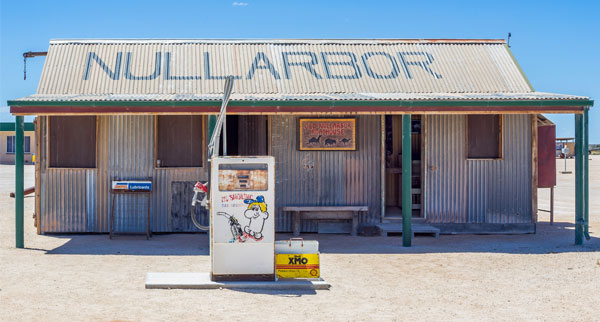 This alone would be worth doing the drive, but perhaps the biggest surprise of the whole road trip is that this great moment isn’t followed by intense boredom.

It’s not long after Baird Bay that the phone signal dies and the wheatbelt turns to unremitting scrub, where small hardy bushes are the only things that can survive in the parched landscape. The Eyre Highway ploughs through it, interspersed largely by roadhouses. These roadhouses – fuelling stops and beds for the night – all have their own story to them, and these are collated together as part of the world’s longest golf course.

The Nullarbor Links is an ingenious project, spreading 18 holes across 850 miles between Ceduna and Kalgoorlie. The fairways may not be the most lush you’ll ever see, but the history of how each hole came into being, told on signposts at each tee, are fascinating insights into outback life. They’ll have you saluting petrol tanker drivers who’ve ploughed the Nullarbor for decades or telling the tale of a German settler who abandoned a whaling ship then set up a farm in the middle of nowhere.

• Baird Bay: Swimming with sea lions is run by Baird Bay Eco Adventures and costs £97 for adults and £48 for children 15 and under.
bairdbay.com

• Kalgoorlie: Kalgoorlie Tours runs trips into the Big Pit, one of the biggest gold mines on earth. From £27 for 90 minutes.
kalgoorlietours.com.au

• Mundaring Weir: In the Perth Hills, this pretty spot is where the freshwater pipeline stretching nearly 375 miles to Kalgoorlie starts. The old pumping station displays tell the incredible story of construction.

At some of the stops, there’s something meatier to delve into. In Eucla, the first stop over the West Australian border, there are the ruins of an old telegraph station among the sand dunes. This was the main base for the telegraph line that ran across the country, and signs tell of the arduous efforts that went into constructing and maintaining it.

Then further along at Balladonia, a little museum tells the tale of the Skylab space station, which crashed to earth nearby in 1979, sparking a bizarre media frenzy that put the roadhouse unwittingly in the global spotlight.

But the two most beautiful spots are on the South Australian side. Cactus Beach, about 12 miles off the Eyre Highway from Penong, is the holy grail for the surfing community. It’s partly about the consistent smooth breaks, but the remoteness makes it special too. A basic campground behind the beach is full of campervans, most with surfboards on top.

But the route to get there is spectacular, with pink-tinged lakes either side of the road and high, dazzling white sand dunes on the horizon. 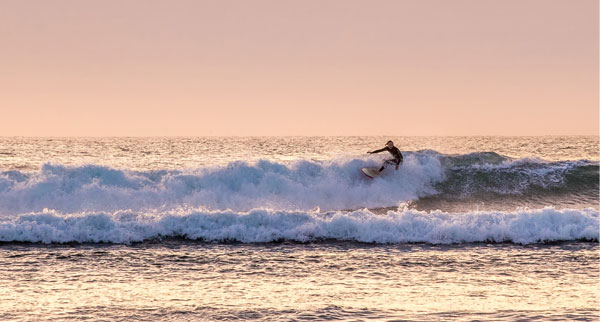 There are more of these arrestingly bright dunes at Head of Bight, where Australia splits in a visually dramatic way, with dunes to the left and massive unbroken cliffs that stretch for hundreds of miles to the right, signalling the true Nullarbor Plain.

The Visitor Centre plays host to more information about the Nullarbor Plain – a giant slab of limestone, riddled with caves and underground lakes. There is life here too – wombats burrow deep underground to escape the heat and red kangaroos bound along in giant leaps.

The 23 native mammal species, 70 reptile species and 240 bird species may not be abundant, but it’s not the barren wasteland you might expect.

And, between June and November, the most noticeable life is whale-sized. Southern right whales come here to calve, and it’s often possible to see several of them from the clifftop. It’s one of the greatest land-based whale-viewing sites on earth.

The further into Western Australia you go, the higher the trees get. Woodland, still relatively sparse,  takes over. And then comes the only settlement of any real size between Adelaide and Perth: the gold-mining city of Kalgoorlie.

The mine tours, all massive trucks and deep chasms dug into the earth, are a fitting stop along this route. While they are all about man-made gigantism, the rest of the journey – with nearly 1,500 miles down, there’s still another seven hours to go before getting to Perth – is about nature’s, and there’s nothing like a drive halfway across Australia to really appreciate its epic scale.