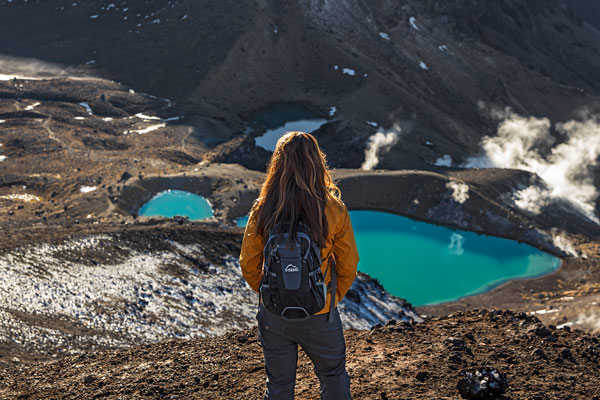 New Zealand’s scenic beauty shines out on land, by sea and from the air, writes Katie McGonagle.

There’s no such thing as a bad view in New Zealand – with snow-capped mountains, cliff-edged coastlines, mirror-like lakes and wildflower-filled meadows seemingly at every turn, these islands up the ante in the scenery stakes.

However your clients choose to explore, they will be captivated by the country’s rugged landscapes and wild open spaces. And you can give them a helping hand by suggesting some of the best tours of New Zealand’s scenery, whether they want to see it on land, at sea or from the air.

On foot: New Zealand is home to some of the best walking trails in the world, with multi-day routes for the really adventurous or short hikes for those who want to get out into nature by day and home to a soft bed by night. In Abel Tasman National Park, on the northern coast of the South Island, clients can hike in the morning and kayak along the shore in the afternoon, or tackle the full Coastal Track over three to five days. For a more challenging full-day hike, try the Tongariro Alpine Crossing, which rose to fame in The Lord of the Rings films – it’s a tough route but one that rewards with epic views. Both are included on Exodus Travels’ Trekking in New Zealand group tour.

By rail: The TranzAlpine train is one of the greatest rail journeys in the world. It cuts through 139 miles of breathtaking South Island scenery – from the sweeping Canterbury Plains to the jagged peaks of the Southern Alps, over dizzying gorges and along tree-lined rivers. It has a practical use too, with many operators using the five-hour journey to link east and west, including Great Rail Journeys on its Grand Tour of New Zealand and APT on its New Zealand Rail Adventure, both of which include a selection of scenic rail routes.

By road: With twisting roads through mountain passes and along the rugged shoreline, some clients might feel apprehensive about a self-drive around New Zealand, but they shouldn’t. Driving at your own pace, by car or camper van, with the freedom to stop off at scenic viewpoints, is the best way to soak up the sights. But be sure to nominate more than one driver so everyone gets a chance to look at the scenery, not just the road. Standout journeys include the drive from Te Anau to Milford Sound, where towering forests give way to glassy lakes in a highlights reel of stunning scenery; or the Forgotten World Highway, past small towns, rolling lavender farms and tumbling waterfalls on the North Island. 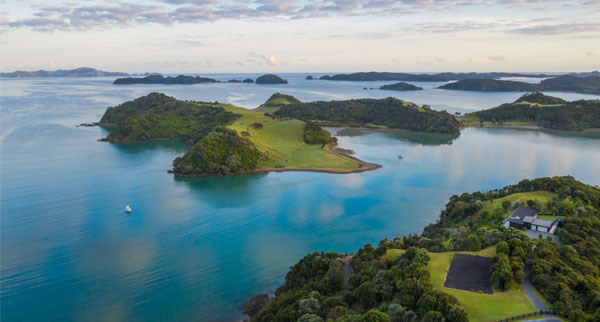 Bay of Islands: Set almost at the northern tip of the North Island, this collection of tiny isles – all brilliant green hills spilling onto sandy beaches and turquoise shores – encompass the very best of New Zealand’s coastal beauty. Take a catamaran cruise to spot wild dolphins leaping through the water, snap a selfie at the Hole in the Rock on Piercy Island and see the famous Cape Brett lighthouse, or learn the country’s history at the Waitangi Treaty Grounds, where the first agreement between the British crown and the Maori people was signed in 1840.

Milford Sound: No self-respecting scenic tour would be complete without a cruise through Milford Sound, a glacier-carved fjord dubbed the eighth wonder of the world by Rudyard Kipling. The calm water sparkles in the sunshine, but you’ll often hear locals say it’s even more beautiful when it rains, as mini waterfalls find their way down near-vertical rockfaces into the sound below.

The best option is an overnight cruise so clients have  time to soak in the stillness of the scenery and travel the full length of the sound. Traditional vessel the
Milford Mariner is featured by operators including Cox & Kings and Austravel, offering dinner, kayaking and wildlife-spotting along the way.

Kaikoura: The country’s whale-watching capital is the place to go to see sperm whales year-round, as well as orca (December to March) and humpback whales (June and July), with a host of local providers offering wildlife cruises. It’s all thanks to a quirk of oceanography that sees the continental shelf drop off sharply into deep underwater canyons, and a constant stream of plankton swirling upwards as the warm northern current meets the cold Antarctic flow. It’s also a laid-back coastal town with a backpacker vibe, and a great spot to pause for a break on a whistle-stop tour of the country. 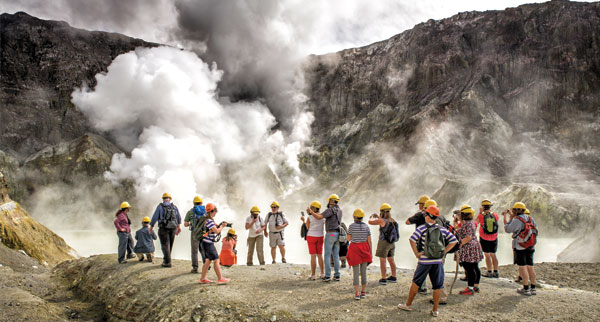 Franz Josef Glacier: There are plenty of viewpoints to see the Franz Josef or Fox Glaciers from ground level – though they are shrinking further back with each passing year – but the only way to truly appreciate their scale is from the air. Imagine soaring over the vast, icy-blue expanse, scored with deep crevasses and dark moraines and the occasional ant-like trail of intrepid ice climbers. Some flights touch down if weather conditions allow: Do Something Different has a Twin Glacier Helicopter Flight (30 minutes, with a 10-minute snow landing, from £164); while Topdeck Travel’s Pure Adrenalin tour includes an optional heli-hike or ice walk at Fox Glacier.

White Island: Ever wanted to get close to an active volcano? White Island in the Bay of Plenty is the country’s only permanently active marine volcano. Compare the distinctive cone shape from the air with a walk through its lunar-like landscape on a helicopter flight and landing. It’s an optional extra from Rotorua – another centre of volcanic activity thanks to its bubbling mud pools – on APT’s 16-day New Zealand Getaway (from £3,499 via Travel 2).

Auckland: New Zealand is the home of the bungee jump – you can still go back to where AJ Hackett started the trend at Kawarau Bridge, near Queenstown – and that area is a centre for adrenaline sports of every stripe. But if clients fancy city sightseeing along with their rush of endorphins, the Auckland Skyjump is a good stand-in, offering 11 seconds of freefall at speeds of up to 50mph, from Auckland’s highest building. Prices start at £110.

Motorhome: Take a camper van, a map and the open road and you’ve got your very own adventure. First Class Holidays’ suggested itinerary, New Zealand’s Highlights by Motorhome, takes in both islands – visiting Auckland, Rotorua, Taupo, Abel Tasman National Park, Fox Glacier, Queenstown, Milford Sound and Christchurch – at your clients’ own pace. Prices start at £1,790 land-only departing May 2020, including 14 nights in a Maui Ultima motorhome, two nights in a hotel and a Maori hangi feast. 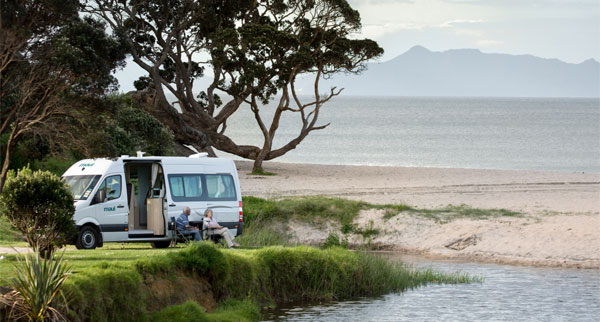 TV tie-in:Prestige Holidays has added a 13-day Trail of the Luminaries self-drive to coincide with the release of BBC Two drama The Luminaries, shot on the South Island and telling the story of New Zealand’s 19th-century gold rush. It costs from £2,215 per person land-only, with 10 nights’ accommodation in key filming locations, 10 days’ car rental and a journey on the TranzAlpine train.

Northern delights:Anzcro’s nine-day Northern Odyssey self-drive incorporates the scenery of the Coromandel Peninsula, Bay of Plenty, and a cruise to White Island, with cultural highlights including art deco town Napier, a Maori hangi feast and the Hobbiton movie set. Prices start at £1,339 based on B&B accommodation.

New Zealand: Tick off the top sights on a tour
A guide to Auckland’s neighbourhoods
Exploring New Zealand’s north island