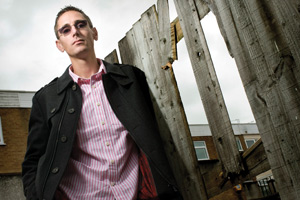 By his own admission, Sunshine.co.uk founder Chris Brown’s childhood was a harsh one defined by poverty and an alcoholic father who killed himself.

Having set up the online agency in Fleet, Hampshire five years ago and started a family, the 31-year-old could be forgiven for drawing a line under his past.

But when the makers of Channel 4 fly-on-the wall series Secret Millionaire asked him to appear in the show, he eventually agreed.

“I thought I could have a look at my own issues as the show makes the millionaire look at themselves as well as help other people,” he said.

“It was the hardest thing I’ve done in my life. It drains you and it took me three weeks after filming to get back to normal life.”

Posing as a travel call centre employee trying out his dream job as a photojournalist, Brown went to Manchester to confront drug addiction, violence, deprivation and, most painfully, a group of alcoholics.

“The filming made me really cross, especially when they made me speak to some alcoholics as my dad was one. I thought I had dealt with that part of my life,” Brown said.

At the end of the show Brown gave £50,000 to people he met and said the experience had changed his life.

“Whatever I did on that show has helped me; my anxiety isn’t as bad as it was and I’ve accepted my father’s death more than I have done before.”