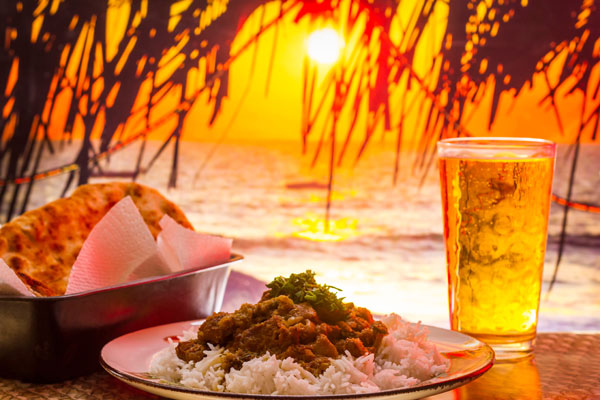 With a picture-perfect 65-mile coastline stretching along the Arabian Sea and an interior made up of spice plantations and vibrant paddy fields intersected by lazy rivers reminiscent of Apocalypse Now, the state of Goa is a laid-back haven of relaxed tranquillity.

Its coastline is the stuff of dreams, but away from the beach, there are plenty of cultural and natural attractions to enjoy. All of which, combined with a hot, dry climate from November to March, makes it a fantastic winter break destination.

Many beaches in southern Goa, especially the resorts of Colva, Benaulim, Agonda, Palolem and Patnem, sport rows of picturesque shacks pressed into service as charmingly ramshackle restaurants. Behind them, palm trees and lush foliage hide the resorts and native monkeys, and at night, when the tables on the beach are lit up by candlelight, it looks like, and feels like, paradise. The shacks serve super-fresh fish and vegetables made into spicy but not too hot curries; sweet coconut, onions, sour tamarind and ginger are likely to feature just as much as chillies. Preceded by a sundowner margarita (or the local hooch, feni, with lemonade), and accompanied by a local Kingfisher beer, this is as good as a holiday meal – and memory – gets. 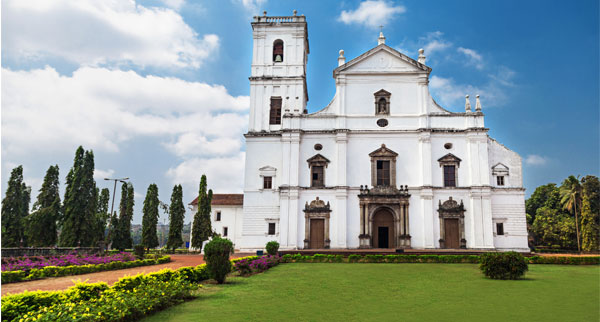 In 1542, the city of Goa Dourada (Golden Goa) was a key centre of the Portuguese empire in Asia, and to visit Old Goa, as it’s now called, is a surreal experience that begins as you approach; the dome and bell towers of St Cajetan, rising above the jungle canopy, look for all the world like something from renaissance Europe. In the town’s main square, a cluster of incongruous religious buildings centred around the Sé Cathedral – the largest church in Asia – make for a great day’s exploration. Fortify yourself with a bag of the giant local cashew nuts before taking in the Archbishop’s Palace, the Church and Convent of Francis of Assisi, St. Catherine’s Chapel, St. Augustine Tower, the Basilica of Bom Jesus and the monuments on Holy Hill.

3. Explore a cluster of heritage homes

Portugal’s architectural influence went far beyond religious buildings, leaving behind heritage homes with features such as oyster-shell windows, azulejos tiles and intricate wooden balconies. It’s a treat to visit a couple of the most notable ones; the Menezes Braganza house in Chandor and, just six miles away, the Palacio do Deão in Quepem. The former is Goa’s most famous stately home, a 17th-century Portuguese-style mansion made up of two symmetrical wings that atmospherically illustrate the differing fortunes of the two brothers who commissioned it. The more diminutive Palacio do Deão, by contrast, is a vibrant, lived-in home that’s a treat to explore – often with its current owner, Ruben Vasco de Gama – with whom you can share a traditional Goan lunch made by his wife, Celia, if you book a day ahead.

Given the Brits’ love of curry, it’s no surprise that cookery classes are really popular in Goa. They’re offered all along the coast, but a perennial favourite is Rita’s Gourmet Goa in Dabolim. In an outdoor garden gazebo, amid lush greenery dotted with pottery and stonework as well as plants and herbs used in her dishes, chef Rita Shinde leads a wide range of classes teaching tourists how to cook Indian and Goan dishes that take in dhal, curries and breads as well as sweet treats like serradura and crème caramel. The most popular class is the day-long cookery class and market tour, but if you get the bug, you can learn to cook 40 dishes in an eight-day Goan cuisine course. 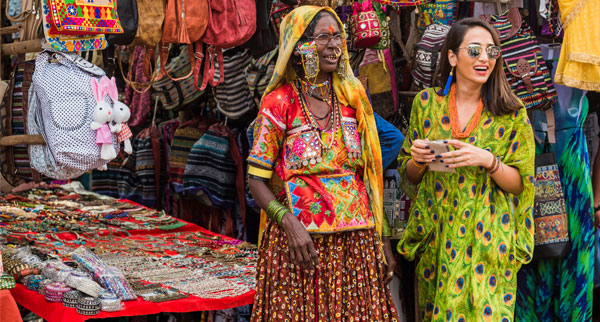 5. Haggle at the markets at Anjuna and Arpora

Every small town in Goa has its market, but two, at Anjuna and Arpora, offer lots more than Instagram-friendly mountains of ruby-red chillies and exotic veggies. The huge Wednesday beachfront flea market at Anjuna is the more sedate and mainstream of the two (if either of them, with their musicians, hawkers and even fortune-telling bulls, can be called sedate), but both are great place to pick up souvenirs, from Rajasthani handicrafts to homeware and jewellery from Tibet and Kashmir. Want to avoid the daytime heat? Opt instead for the night-time Arpora market, where evening temperatures, pretty lights and live music make for relaxed browsing of a wider range of tourist-friendly wares sold until around 3am, when the market wraps up. 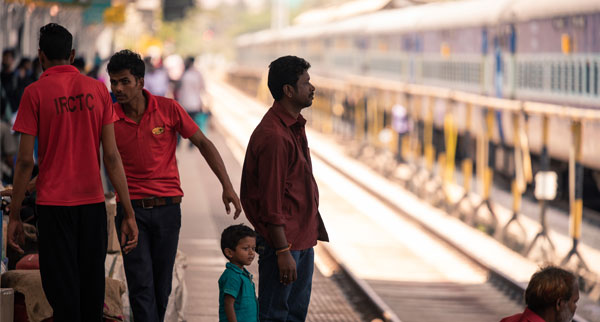 India’s 42,000-mile rail network is the stuff of legend, and a train trip a truly Indian experience. Which one to take? Try the three-hour ride from Vasco da Gama in Goa to Londa Junction in neighbouring Karnataka, which consistently pops up on lists of the best Indian railway journeys. With 90 miles of arresting scenery to enjoy outside and a lively mix of locals, tourists, commuters, snack vendors and staff on the train itself, this trip is a treat. From the coast’s beaches, the train heads inland to cross the thick jungle and wildlife sanctuaries of the Western Ghats, along the way taking in dramatic valleys, waterfalls and the kind of winding, vertiginous climbs that make for great photos. 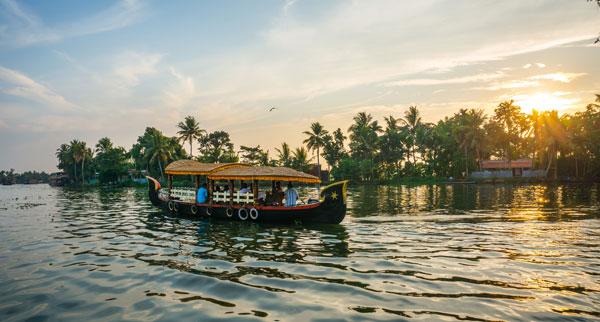 7. Laze away a day on a backwater cruise

No, we haven’t mixed up our Indian states; Kerala’s famous houseboats have been appearing in Goa for the past few years, and taking a trip on one makes for an unforgettable excursion. Just a couple of hours spent cruising the beautiful backwaters here on a sunrise, sunset or day cruise will give you an insight into traditional ways of life that are much as they were a century ago. But to really feel at one with your surroundings, the best trip is an overnight houseboat experience, which comes with a bedroom (with air con!), a skipper and a chef who’ll cook you a romantic fish supper. John’s Boat Tours is one of the oldest and best operators in the state.

A winding drive into the rainforests of Goa’s Western Ghats is a must, not least for the chance to explore one of Goa’s spice plantations. A favourite is the award-winning organic and eco-conscious Tanshikar Spice Farm, less than an hour away from Agonda beach. Owners Chinmay and Gauri offer a variety of tours, and generally lead them themselves, but if you’ve time, it’s worth making an overnight stay of it in one of the plantation’s traditional Goan mud or treehouses, set in pretty jungle clearings planted with mozzie-repellent plants. As well as the informative tours, you’ll have time to follow natural trails leading to local waterfalls you can swim in, and indulge in lots of homemade Goan cuisine. 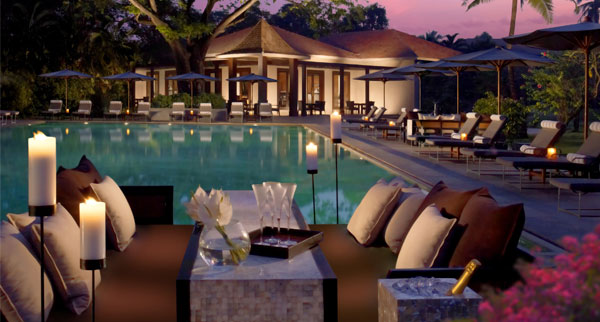 Set on Candolim Beach in north Goa, this boutique resort is as elegant as they come, with its interior design centred around the art and look of a 15th-century Portuguese mansion, where some of its 65 rooms are located.

Book it: From £120 per person for four nights based on two sharing when booked with Cox & Kings.

The Baywatch Resort is notable for its location on tranquil Sernabatim beach near lively (but not too lively) Benaulim. Nice rooms set around the pool, plus a gym, spa and yoga classes add to the appeal.

Book it: From £726 per person for a seven-night package with flights based on two sharing, with Mercury Holidays.

South Goa’s five-star Leela is such a stunner that in 2017, it made Conde Nast Traveller’s list of the top 25 luxury hotels in the world. Strung out across 75 acres of lagoons and gardens at Cavelossim Beach, and backed by the Sal River so that you feel like you’re on an island, the villas are tranquil and secluded.

Book it: From £1,229 per person for a seven-night stay with flights based on two sharing, booked via The Goa Experience.

• From November to March, Goa’s climate is hot, dry and sunny, with daytime temperatures of 30C, dropping to around 20C at night.

• Tui operates weekly direct flights from the UK to Goa Dabolim airport, with return prices from £535 respectively. Virgin, British Airways and Air India fly from London to New Delhi and Mumbai, both of which have multiple daily flights to Dabolim (two-and-a-half hours and one hour respectively).

• British citizens visiting India require a visa that can be obtained online at indianvisaonline.gov.in for [US]$25 between July and March, or $10 April to June, between 34 and four days before arrival in India. Give yourself plenty of time to go through it carefully, and make sure you go to the correct website; there are cleverly disguised agents which add a hefty 25% or more to the visa fee.