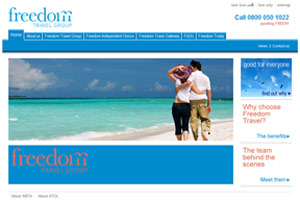 Members of The Co-operative Travel’s independent Freedom Travel Group are contemplating leaving following the announcement of the merger with Thomas Cook.

Although many are waiting to hear further details of the deal before making a decision there is concern about what the merger might mean for them and other consortia are poised to pick up any agents who are unhappy.

Publicly, Freedom agents gave a cautious response, although some are known to be concerned about a loss of independence and think that rival retailer Thomas Cook will get an inside track on their businesses.

Ideal Cruising chairman Ian Brooks said: “I’m not going to suddenly throw my toys out of the pram. If Thomas Cook offers a good working relationship at the right price, then I’ll be happy.”

Paul Smith, founder of Quartz Travel, said he hoped a senior boss from Thomas Cook would address the Freedom Travel conference in Bristol next month about its plans.

He added: “I would like to think Thomas Cook will support us as independent agents, but with their previous history, I’m keeping an open mind.”

However, one Freedom Travel member who did not want to be named said he was considering other consortia. “We’ve had to work so hard to distinguish ourselves from Cooks with our service,” he said.

Julia Lo Bue-Said, Advantage director leisure, said: “If there are any agents out there that want to discuss membership with Advantage, we are always happy to have that conversation, but we are not specifically targeting Freedom members.”