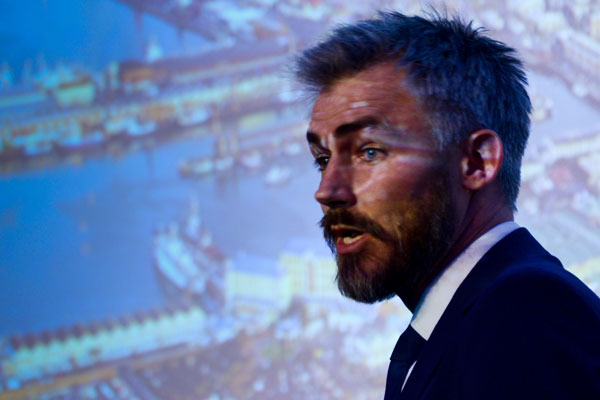 South Africa tourism has fully recovered from the 2017 drought crisis that threatened Cape Town with having all water supplies cut off.

Tom Harris, chief executive of the investment and trade promotional agency for the Western Cape Wesgro, told the annual Global Resilience Council “we are now back”.

He said the 2017 crisis was so acute that in order to effect behavioural change in terms of water usage in the city a “day zero” – the day when the water supplies were forecast to run out completely – message went global.

More: Why trust, values and purpose are at the heart of resilience

‘Absolute growth in tourism must end to counter ‘overtourism’

How Puerto Rico began the recovery from Hurricane Maria

This had an immediate impact on tourism. Despite the fact that foreign visitors to Cape Town represented just 1% of water usage people did not want to visit a place that was about to turn off the taps.

However, recovery has been rapid thanks to a multi-media ‘white label’ campaign for trade partners promoting the Western Cape’s diversity under the strapline “Nowhere, Does It Better”, Harris said.

“We knew we should not be reminding our partnership clients of the water situation. We wanted to lead with a positive message about the diversity of experience available,” he said.

Harris said the campaign reached 17 million people in core markets like the US, UK and Germany, and generated around 5.5 million direct engagements and $5 million of bookings on the back of a $1 million investment.

“We are now back,” he said, “The US, Germany and UK are all growing at between 5% and 25%. That’s the power of a collaborative effort in getting over a “day zero” message.”

Cape Town’s dams, on which is relies on the for the bulk of its water are  now 85% full and the city is investing in alternative forms of sources of water like desalination.

Harris said: “We are now one of the few citizens in the world with a resilience strategy. There is always another crisis and in Cape Town we are ready for it.”

More: Why trust, values and purpose are at the heart of resilience

‘Absolute growth in tourism must end to counter ‘overtourism’

How Puerto Rico began the recovery from Hurricane Maria