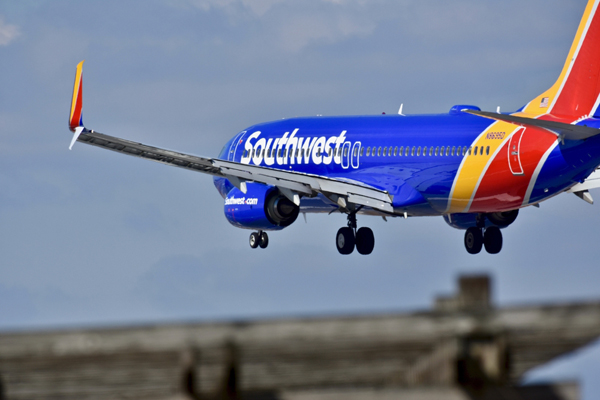 Boeing has been ordered to redesign the engine covering on 737NG aircraft following a fatal accident last year.

The US National Transportation Safety Board (NTSB) said that existing aircraft should be updated with the changes.

Boeing said it was working on the design enhancements “to fully address the safety recommendation from the NTSB”.

Southwest Airlines passenger Jennifer Riordan died and eight others were injured in the April 208 incident which led to an emergency landing in Philadelphia.

She was killed after a fan blade failed fracturing the aircraft fuselage causing rapid cabin depressurisation.

The regulator issued five new safety recommendations to the Federal Aviation Administration in the US, one to the European Aviation Safety Agency and one to Southwest Airlines.

The 737NG is an earlier version than the 737 Max which was grounded in March following two fatal crashes in Indonesia and Ethiopia killing 346 people.

Boeing said: “Safety and quality are Boeing’s top priorities and Boeing is committed to working closely with the FAA, engine manufacturers, and industry stakeholders to implement enhancements that address the NTSB’s safety recommendations.

“All 737NGs are safe to continue operating normally as the issue is completely mitigated by the fan blade inspections.

“Once approved by the FAA, that design change will be implemented in the existing NG fleet over the longer term.