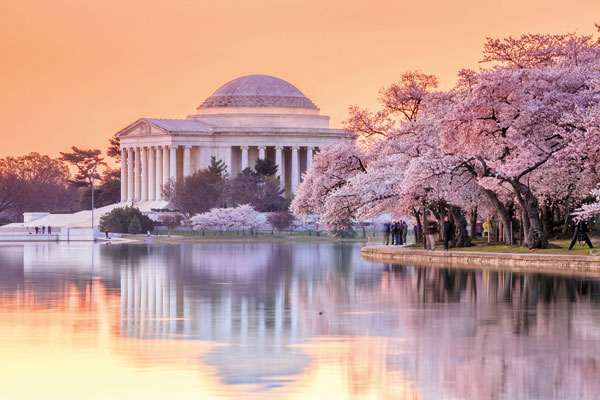 Think it’s too early to start selling spring? Not if you want the best availability, says Laura French.

There’s something magical about springtime, when pink blossoms decorate the trees, flowers carpet the fields and music, arts and cultural festivals bring revellers out to play under warm, sunny skies.

And nowhere does it quite like the US, where a whole host of activities and festivities take place – from jazz festivals to whale-watching trips, spring skiing to desert explorations. Cherry blossom festivals light up many of its cities, and the national parks are at their quietest, with pleasant temperatures and low room rates adding to the appeal.

So where do you start when it comes to selling the season? We’ve put together a guide to some of the highlights to cater for city, beach and nature lovers alike.

Washington DC: The capital transforms into a pastel-painted vision in spring with magenta blossoms covering its trees, and never more so than when the National Cherry Blossom Festival is celebrated every March. Highlights include a flamboyant, float-filled parade, a kite-flying competition where kids and adults battle it out, and a day-long festival ending with fireworks over the waterfront, with plenty of blossom-themed drinks, menus and parties on hand across the city. Beyond the festival, spring sees outdoor theatre productions, stage performances and sporting events crop up, with a big focus on baseball as the sporting season starts again. “What better way to celebrate than catching a game at Nationals Park?” says Ross Sinclair, Gold Medal’s senior product manager for the US.

San Francisco: California’s coolest city plays host to its own cherry blossom festival in April, with 200,000 people flocking to the Japantown neighbourhood to glimpse the bursts of fuschia that colour its trees. Traditional Japanese food, music, dance performances and other cultural festivities take over the streets, with an all-singing, all-dancing Grand Parade at the heart of it. The festival takes place across two weekends: April 11-12 and April 18-19, 2020. There are plenty more reasons to visit in spring, not least the mild temperatures, low rainfall levels and the fact it’s wine season again.

New Orleans: For music lovers, nothing quite beats New Orleans, and it’s in the spring months that the city really comes alive. April sees the arrival of the French Quarter Festival, with Louisiana-themed music, food and culture taking over the neighbourhood (April 16-19, 2020). After that comes the New Orleans Jazz and Heritage Festival, where a jam-packed line-up of artists joins craft tents, cultural pavilions and food joints designed to celebrate the region’s rich heritage (April 23-May 3, 2020).

It’s not just about the music; in March, hundreds of wineries and restaurants create special culinary experiences, tasting sessions and dining evenings, turning the city into a foodie paradise as part of the New Orleans Food and Wine Experience. “The climate is also perfect in spring, with days getting warmer but humidity still relatively low,” adds Tim Greathead, US product manager for Premier Holidays. 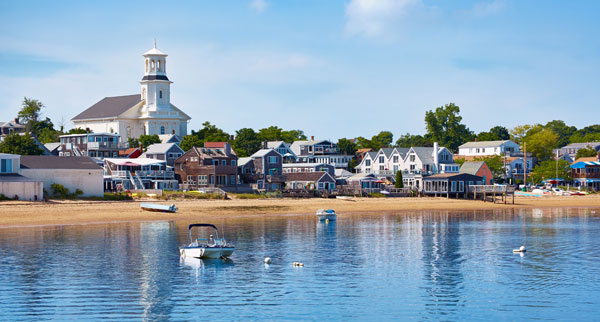 Cape Cod: Clients into long, leisurely drives, blue sea on one side, open road on the other? Look no further than the east coast’s Cape Cod, where quaint seaside villages such as Chatham and Provincetown – home to bohemian art galleries, eclectic boutiques and an old fishing harbour – meet whitewashed churches, excellent whale-watching and vast, billowing sand dunes. The Inspiring Travel Company says spring is the best time to come, with cooler temperatures and fewer visitors than in summer; the operator combines the area with pretty Nantucket Island and equally charming Martha’s Vineyard – a celebrity hotspot, where 19th-century houses neighbour old-fashioned cottages – on a nine-night Best of Cape Cod & The Islands fly-drive, priced from £3,279 per person, including accommodation, flights, airport transfers and car hire.

Georgia: Charming in a different way is Georgia’s coast, where kayaking, turtle spotting, hiking and more take place around lighthouse-clad isles – including Tybee Island, Jekyll Island and Hilton Head. Coastal cities add further appeal, with Savannah hosting the annual Savannah Music Festival in March – bringing trendy music lovers flocking from across the country – and the beach towns around Charleston luring families wanting to glimpse the waves of the Atlantic. “Spring is a wonderful time to visit Georgia,” says Malcolm Davies, product destination manager for Funway Holidays. “The weather in the summer is quite hot, and not only are temperatures cooler in spring, but room rates can be slightly lower too.”

California: For the ultimate in iconic coastal trips, look no further than California. Amtrak Vacations has a trip down the Coast Starlight route, starting in San Francisco and ending in San Diego, with head-turning views of the Pacific Ocean along the way – plus lush forests, fertile valleys and other scenic backdrops. There’s also a stop in Los Angeles and a harbour cruise in San Diego – all without the heat and crowds that summer brings to the west coast. The five-night Essential California trip starts from £899 for a March 2020 departure, including accommodation, entry to attractions and coach and rail travel. 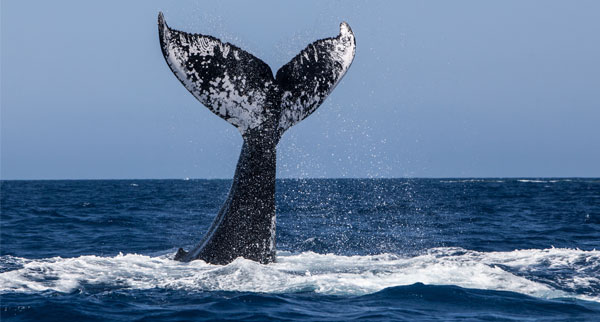 San Juan Islands, Washington: Orca whales are present year-round here, but spring offers some of the best chances of glimpsing minke, grey and humpback species, thanks to the warmer climes.

Juneau, Alaska: One of the best places in the country for whale-watching, Juneau offers plenty of opportunity to spot the humpbacks that migrate along these shores from May to September.

Waianae, Oahu, Hawaii: For something a little more exotic, suggest Hawaii. As well as humpbacks, you can spot dolphins (bottlenose, spotted and spinner), turtles and other creatures gracefully sidling by; December to April is the prime time. 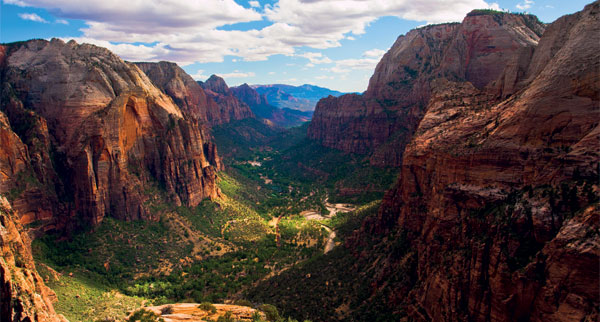 Squaw Valley Alpine Meadows: Clients after a spot of spring skiing? Look to Squaw Valley in California, where snow stays on the peaks throughout spring and into early summer, offering slopes beneath the sunshine for all levels. Ski Safari offers a 14-night trip leading in at £1,995 per person based on two sharing accommodation in San Francisco, Squaw Valley, Mammoth Mountain and Santa Monica, including flights and car hire.

Arizona: For desert adventures without the sweltering temperatures, spring is an excellent time to visit Arizona. Tom Waite, Kuoni’s senior product executive for the US and Canada, suggests pairing the state with time in southern California on a self-drive; the operator has a 10-night itinerary including craft beer-loving Flagstaff, Phoenix, Palm Springs and Scottsdale, with prices from £1,973, including car hire and flights on April 25.

But for first-time clients after a more classic experience, nothing beats the rainbow-coloured cavity that is the Grand Canyon or the towering red rocks of Zion. First Class Holidays combines them both with Lake Powell, Monument Valley and beyond on a six-night Enchanting Canyons escorted tour, with an April 26, 2020, departure priced from £2,829 per person, including flights from Heathrow.

Shenandoah National Park: If it’s more springtime flowers, verdant forests and soaring mountains clients are into, suggest this scenic park in Virginia, around two hours from Washington DC. Hiking, nature walks, watersports, horse riding and various other adventures are all on offer here, all taking place amid some of the country’s most impressive landscapes. It’s not just for hikers, either; April sees the arrival of the Apple Blossom Festival, when parades, dance performances, a 10k race, wine festival and more turn the quaint town of Winchester in the Shenandoah Valley into a giant party, with breathtaking mountain views as a backdrop. 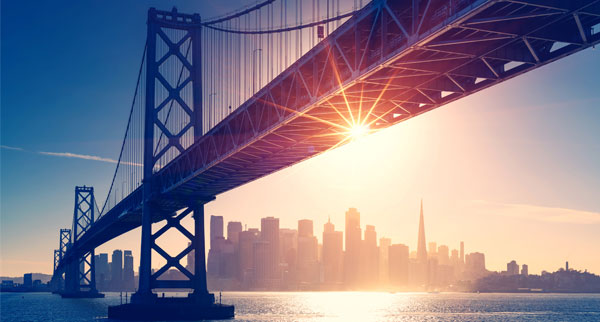 New York: Warm weather, blossoming parks, fewer crowds and seasonal sales make New York an excellent bet for spring, and next March will see the opening of Edge, a 1,100ft-tall observation tower that promises to be the highest outdoor sky deck in the western hemisphere.

Seattle: This culture-filled city has plenty to explore at any time of year, but it’s especially vibrant in spring, when the Seattle Cherry Blossom Festival arrives, celebrating Japanese culture with a roster of events (from April 24-26, 2020).

Boise: Music meets film, dance and art at the Treefort Festival in the city of Boise, Idaho, every spring (from March 25-29, 2020). Outside the festival the city has an impressive food and craft beer scene plus mountain bike trails, fishing and boating on the Boise River.

City: Shearings Holidays offers a four-night city break in San Francisco including a Napa Valley and Sonoma wine tour, trip along the 17-Mile Drive, hop-on hop-off Big Bus Tours ticket, bay cruise and Alcatraz entry, plus flights from Heathrow. Prices start at £1,279 per person based on a spring departure.
shearingsagent.com

Coast: Tauck has an eight-day Southern Charms: Savannah, Hilton Head & Charleston tour taking in the highlights of Georgia’s coast from £2,540 per person, including a cooking class in Savannah, a cruise around the Charleston Harbour and a visit to Beaufort, plus a welcome dinner (flights not included).
tauck.co.uk

Nature: America As You Like It offers a six-night From Summit to Shore self-drive taking in the highlights of the Shenandoah Valley and wider Capitol Region, ending in Washington DC. Prices start at £1,175 per person, including flights, car hire and accommodation.
americaasyoulikeit.com

An all-American escorted tour through California, Nevada and Arizona
San Francisco’s mosaic of districts
Why Las Vegas’s fitness scene is starting to rival that of LA