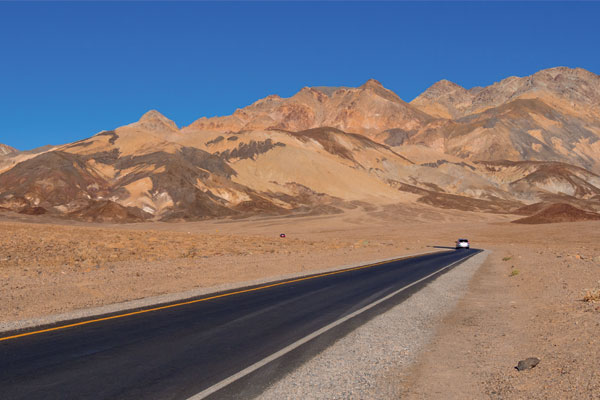 Brave the drive through Death Valley to find a side of California that’s worlds away from surf towns and sunny beaches, writes David Whitley.

The moonscape interlocks like the fingers of gnarled, sulphur-stained hands. The bright yellow, rumpled rocks of Zabriskie Point ripple across the horizon, while stark treeless mountains jut out behind them.

Death Valley is not a gentle place – the name, frankly, should give that away. But the United States’ largest national park south of Alaska is relentlessly staggering. It is famed for its ferocity and inhospitable nature; the hottest temperature recorded was at Furnace Creek in 1913, at a nearly incomprehensible 56.7C. But Death Valley’s striking, epic beauty is consistently underrated. 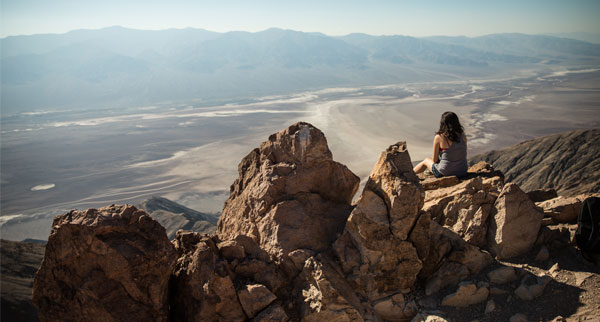 The two-hour drive to Death Valley from Las Vegas gives plenty of what you might reasonably expect – big open road and stark desert landscapes. But it’s the changes in elevation that come as more of a surprise. Travelling from east to west, there’s a constant ripple of towering mountain ranges and deep-cut valleys. Dante’s View – perhaps the most impressive drive-up lookout of all – is 1,669 metres above sea level. Yet, below it, the dazzling white, sediment-caked Badwater Basin is 86 metres below sea level. The effect of such dramatic shifts in height is gasp-inducing.

Elsewhere in Death Valley National Park are weird ghost towns full of art installations, implausibly coloured rocks and shimmering, rolling sand dunes. But the range and valley effect is most obvious on the drive out to the west, which comprises a series of awe-inspiring climbs and descents until the great wall of the Sierra Nevada appears on the horizon.

It is less than 85 miles from the lowest point in the 48 contiguous US states to the highest. Mount Whitney inches above the surrounding white-topped peaks, 4,421 metres high. The road towards it weaves through the Alabama Hills – the brown rock setting for many a western movie – before weaving around mountainsides with precipitous drops, where visions of pretty alpine lakes and tall pine forests are a complete contrast to the vast emptiness provided by Death Valley. 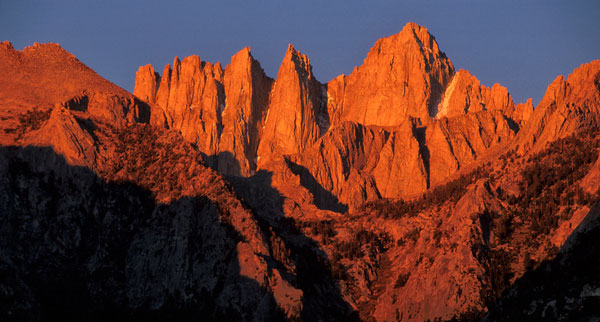 For most of the road trip between Las Vegas and San Francisco, the Sierra Nevada is a constant companion. It loyally stays to the left as US Route 395 ploughs through back-country California, a drive that is a world away from the classic California road trip down the coast.

Gone are the surfers skimming the waves, the clifftop scenery and the laid-back beach towns in favour of ski resorts and the tiny settlements where you think a cowboy shoot-out could break out at any minute.

But there’s also a remnant of dark history. The Manzanar National Historic Site has very few original buildings left standing, but those that remain tell the story of the Japanese internment camps that operated here during the Second World War. 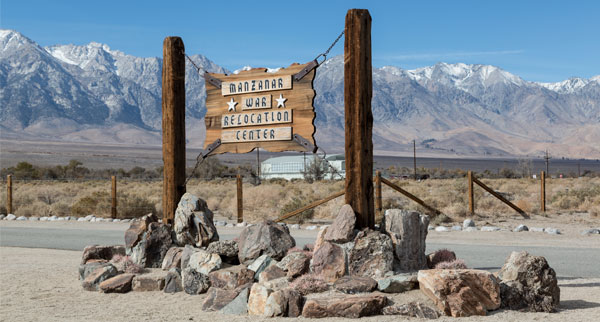 During the war, Americans with Japanese ancestry were rounded up from across the west coast, their loyalty in question. They were taken to a series of concentration camps, of which Manzanar is the best known.

Inside, the story is told really well. Several facets strike home: the splits between the internees on support for what was happening to them; the sports games played against kids from local schools; and the speed with which people had to gather their things and relocate. It’s a fascinating dive into a chapter of history America would rather forget.

Farther north, Mammoth Lakes is a classic example of a ski resort that has spread its wings. Come before the snow sets in and the area is full of hikers and bikers taking in the mountain air along an impressive network of trails, while trout fisherman park up alongside the lakes.

From here, a series of weird geological features can easily be seen on a driving loop. The Earthquake Fault just west of the town centre can be climbed into; Hot Creek, near the airport, is all bubbling pools and steam vents; and Mono Lake has ghostly towers of tufa, or porous rock, forming by the shoreline.

If this is exploration, the Tioga Pass feels like conquest. It can be closed any time from late October to early June, depending on when the snows hit, and snowploughs can spend weeks trying to clear it for the new summer season. It climbs high across the Sierra, past mountain lakes and stellar lookouts, before descending through the forests into Yosemite National Park.

Most of the highlights here are concentrated in Yosemite Valley – the towering vertical rockface of El Capitan, the triple cascade from a great height of Yosemite Falls, the shimmering reflection of Half Dome in Mirror Lake – but it’s also where the crowds are packed in. 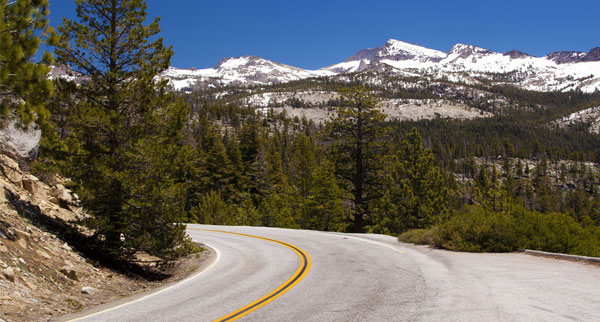 Farther south, the giant sequoia trees of Mariposa Grove are more quietly intimidating. Their sturdy red trunks rise 60 metres or more above the forest floor, their branches bigger than the trunks of most other trees.

To say the monster trees in these parts were a boon for the timber industry is a major understatement, and the Sugar Pine Railroad was once used for transporting the wood from the valley below. Now, it’s purely for tourists – steam trains run along the tracks, choo-chooing along at a genteel pace as the scent of pine wafts through the carriages.

Turning back north over the Sierra, it’s time for a change in novelty transport from steam train to paddle wheeler. The Dixie II plies its trade on Lake Tahoe, the second-largest alpine lake in the world. 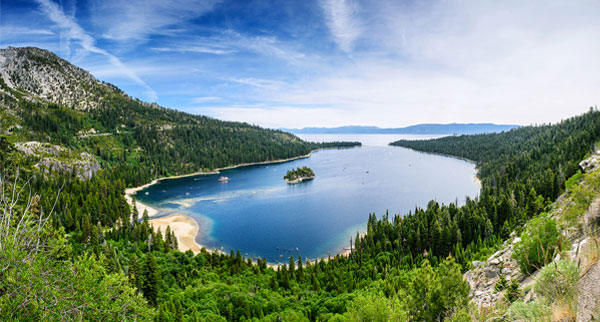 It’s not a cruise you want to go overboard on. The water, while seductively blue, is extremely deep – over 500 metres in parts – and dangerously cold. It pours in from a multitude of streams and rivers in the surrounding mountains – some of which host ski slopes, some pine forests, some just bare rock and remnant snow – and will never reach the sea.

Put together, though, it’s extraordinarily beautiful. And that’s even more the case when the Dixie II enters the fjord-like Emerald Bay, star of a zillion photographs. As a last stop before heading for San Francisco, there’s something about the scene that encapsulates the entire experience of this road trip.

It’s astonishingly beautiful, and doesn’t feel anything like the images of California we tend to have engrained. Going round the back way paints the state in a whole new light.

• Check out Visit California’s new Road Trip Republic hub, offering inspiration for classic drives such as Route 66, Highway One and the Pacific Coast Highway, along with routes themed around surfing, scenery and architecture.
visitcalifornia.com/road-trips

• Look out for deals offering to waive one-way drop-off fees, which can significantly reduce the cost of car or motorhome hire, and book a vehicle only for the days clients plan to use it, so they don’t pay for unnecessary parking.

• Take the California Star training course, an introduction for agents wanting to sell the state and updated with links to the new Road Trip Republic tool.
star.visitcalifornia.com

• If you’re booking a family fly-drive, slow the pace and include some two or three-night stops to break up the time on the road. Suggest parents look up Junior Ranger programmes for any national park visits, and plan regular breaks on any long drive days.

• If clients are concerned about the impact of the California wildfires, and particularly the Kincade Fire in Sonoma, reassure them the fire has been contained and the region is returning to normal for visitors. Get the latest on the CalFire website: fire.ca.gov/incidents 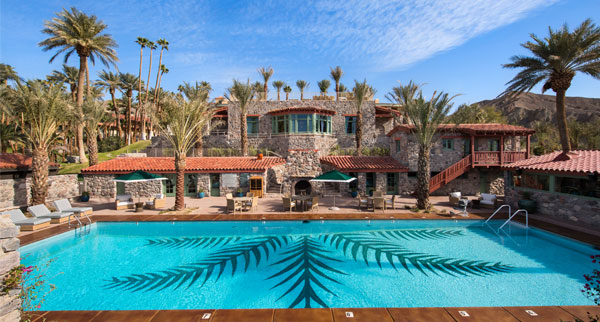 Death Valley: First opened in 1927, The Inn at Death Valley has delightful wood panelling and mosaic tiling, and an air of being an oasis of calm in the desert. The photogenic pool, Spanish mission-style looks, date palms and views of the Badwater Basin build the romantic vibe. A Standard Hillside King Bedroom costs from $319 in summer 2020.
oasisatdeathvalley.com

Mammoth Lakes: Opposite the shops, restaurants and mountain gondola of the Mammoth Lakes Village, the Westin Monache Resort has impressively spacious rooms, plus a host of innovative extras. These include heated pools, free ski shuttle and storage and ‘date night’ deals where childcare is provided while parents dine. Studio Suites start at $186 in October 2020, including a $25 resort fee.
marriott.com

Yosemite: The Pines Resort is almost a village in itself. Accommodation is in chalets and wooden lodge-like suites around Bass Lake, where boating, kayaking and fishing are all options. Sunsets on the decking are tremendous, the pool is enormous and on-site Ducey’s restaurant is excellent. Chalets range from $129 in low season to $349 in summer, and Suites from $189 to $449.
basslake.com

Lake Tahoe: The Hotel Becket is a short walk from the lake, and opposite Heavenly Village, the site of plenty of dining options and from where the main gondola heads up to the Heavenly ski resort. It’s a motel, but one that has had a rather cool minimalist makeover. Doubles range from $99 in low season to $359 at peak times.
hotelbecket.com

An all-American escorted tour through California, Nevada and Arizona
Six of the best festivals around the world
Best things to do on a road trip from Adelaide to Perth